Based out of Toronto, the Young Empires are a three-piece rock band comprised of members Matthew Vlahovich, Jacob Palahnuk, and Taylor Hill. Following the success of their debut full-length release, The Gates, Young Empires was nominated for Breakthrough Group of the Year at the 2016 JUNO Awards and more recently, just wrapped up an extensive tour promoting their latest record in Ontario and Quebec.

Set to embark on a tour of Western Canada this week, we had a chance to catch up with Jake Palahnuk, rhythm specialist, and founding member of Young Empires.

I read that you guys are pretty serious when it comes to clothes. What brands and style are you feeling for Young Empires SS16?

YSL (of course), County of Milan, and Fear of God. Mostly in black til it gets too hot… then white basics are a must.

With your latest LP, The Gates, out in the world, how would you say your sound as a band has evolved since your first EP back in 2012?

The Gates is a much more mature record than Wake All My Youth. There’s a new level of depth on this album – both sonically and lyrically. It’s also a more diverse collection of songs; the first EP was very “4-on-the-floor-128” dance rock and we felt that style had [recently] been beaten over the head until it was almost lifeless. As such, we started experimenting with different tempos and rhythms [on the new album].

A lot of the remixes for your single, “The Gates” were done with electronic music producers including Vancouver’s own Humans. Was there any specific reason for this?

We have a lot of friends in the electronic music community (Humans are our best buds!).

I read that you guys also run a creative collective called the House of Young Empires. What creatives projects are you guys working on right now outside of music?

We are working on an interactive web experience that will incorporate a few Young Empires songs and new music videos. Look for that in the next couple months. 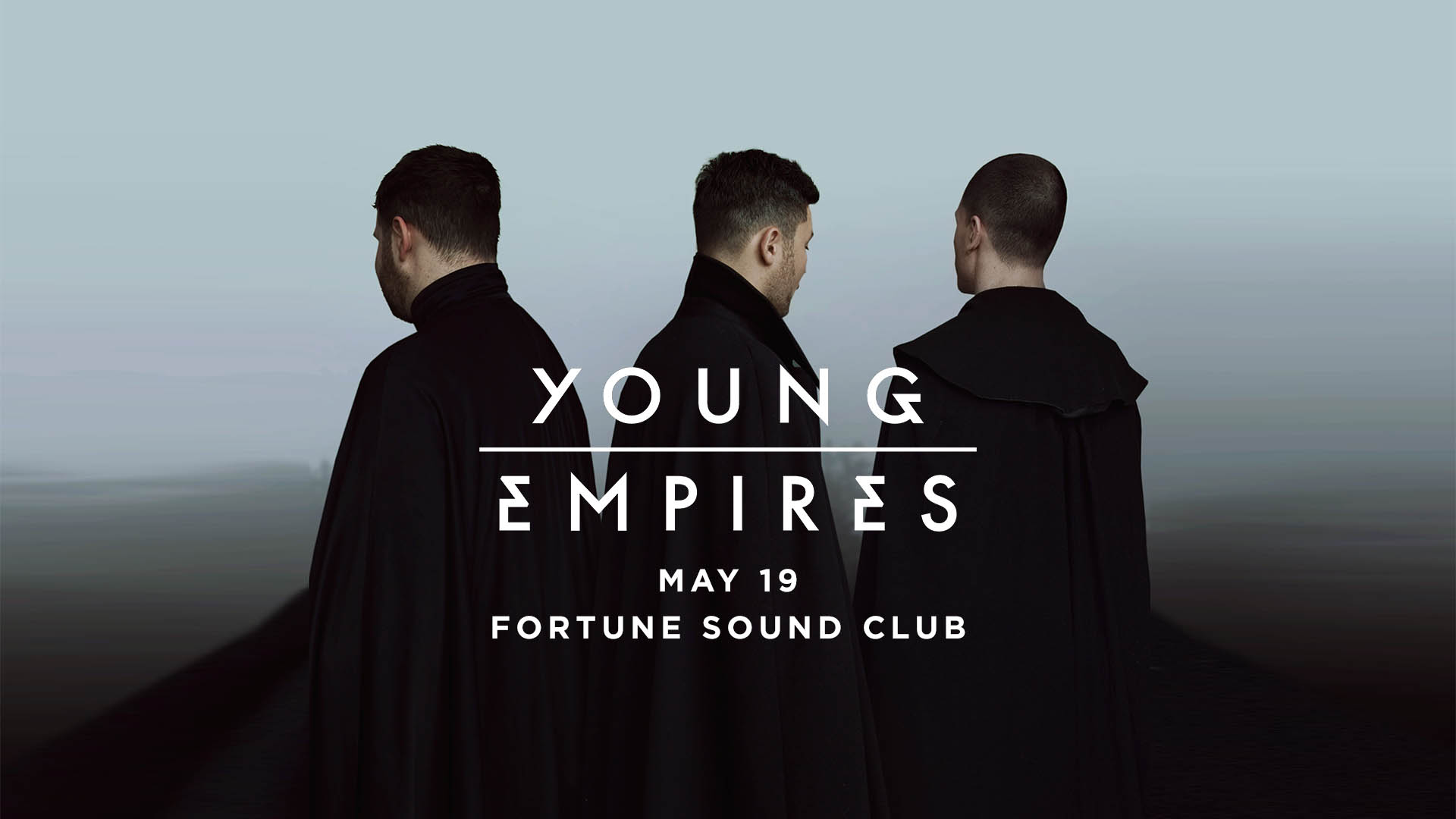