South Korean hip hop artists Dynamic Duo are touring Canada for the first time ever and will be performing in Vancouver at The Vogue Theatre on Sunday, March 27.

Childhood friends Gaeko and Choiza made music together for years before officially starting their career as Dynamic Duo back in 2004. A few years after releasing their first album, Taxi Driver, the duo founded their label Amoeba Culture and went on to release over ten more studio albums together.

Aside from their own career, Gaeko and Choiza have also signed, managed, and produced music for a roster of six other artists on their label. Breaking international barriers, the pair released a two-song album in 2014 with hip hop legend DJ Premier as they continue to push the boundaries of hip-hop culture and music in Korea. 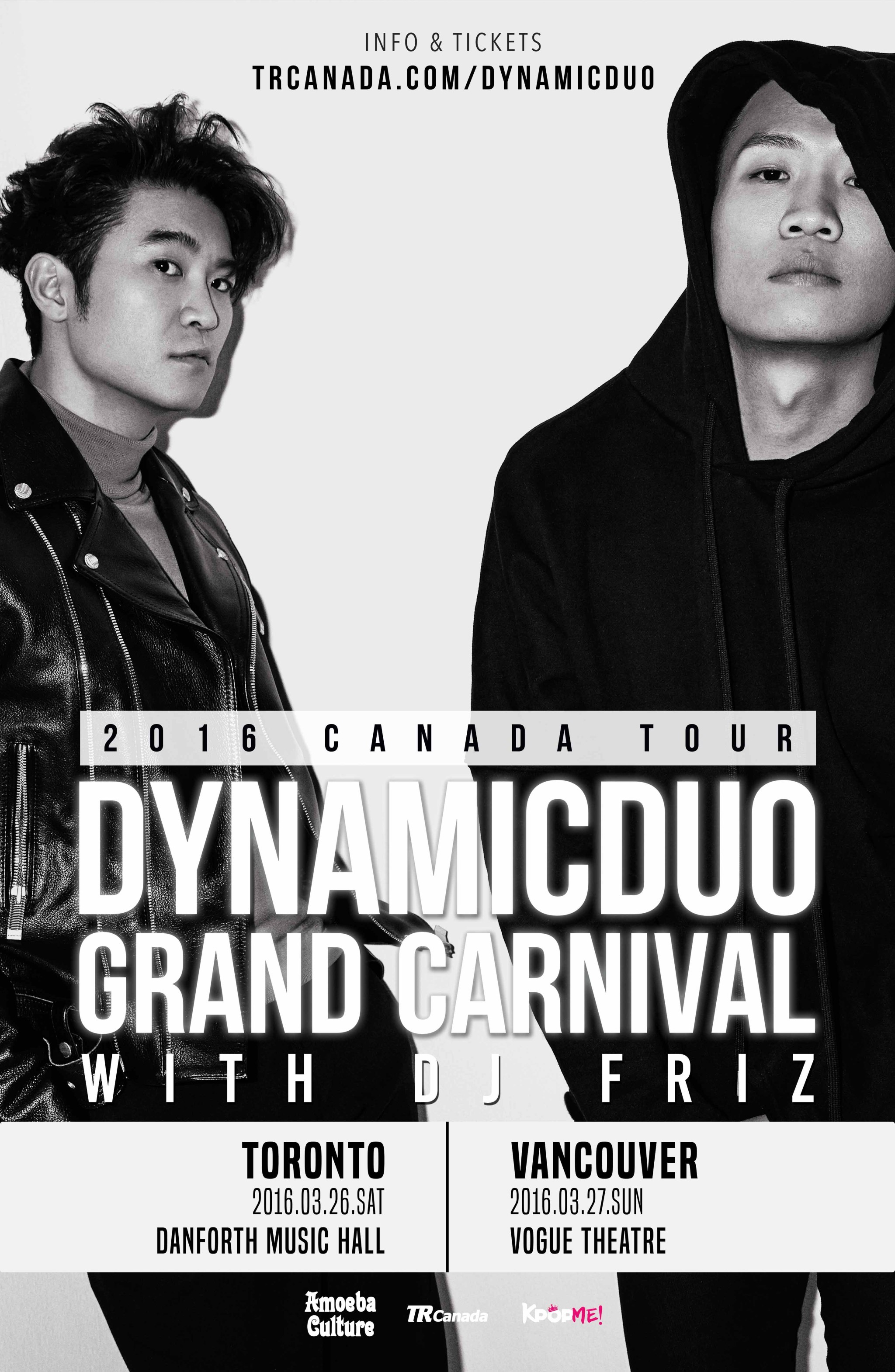 Where: The Vogue Theatre – 918 Granville Street