What do drinks, dancing, soul, funk, hip-hop and charity have in common? You can soon partake in all six for just $20 at The Fox Cabaret next week.

If you’ve lived in Vancouver and ever walked down the Granville strip on a nice day, it’s likely you’re already familiar with David Morin. The 32-year-old Vancouver native has become a fixture of the downtown core, singing, strumming and looping his way into the heart of Vancouver. No stranger to charity work, the soul singer is once again lending his talents to those in need, this time helping to raise funds for the Inland Refugee Society of British Columbia. I had a chance to catch up with David on Granville, and his passion for refugee aid was clear. “The Syria conflict has triggered the largest crisis since WWII. This requires a response from the world.”

“I am proud to perform on this awesome line up that is composed of some of Vancouver’s greatest musicians and organizers…that are active in the community. ‘It’s bigger than you and me’ is the quote from our friend, Randy Ponzio, and to me that means to strive for a world without apathy.” 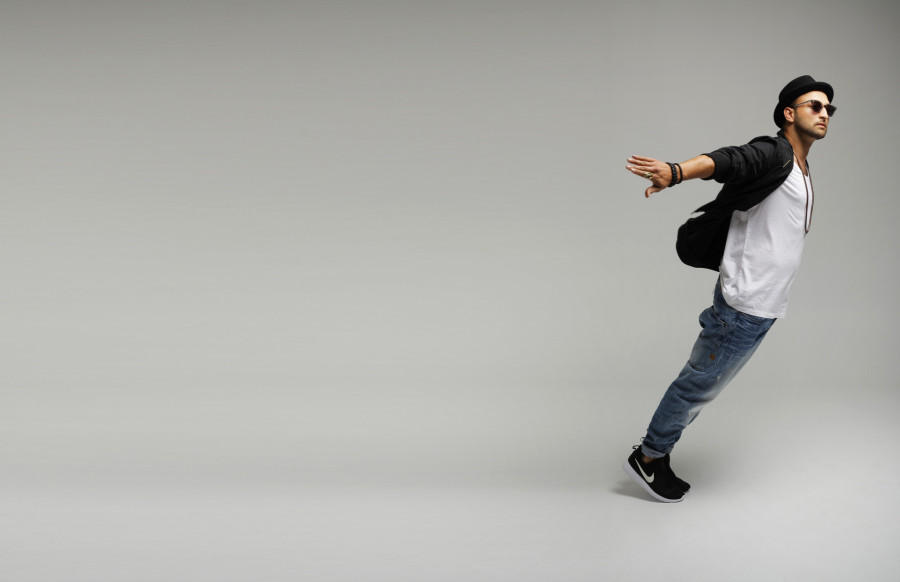 Last September, David released his debut record, Every Colour to a receptive Vancouver audience. His signature style rings true from start to finish, and he manages to walk the razor-thin line between imitating and influenced. It’s clear David is a fan of all things neo – D’Angelo, Erykah Badu, Musiq Soulchild, but he manages to weave his favourite elements of each into his own sound. That same sound has helped him cultivate a loyal crowd of followers. Hopefully, those same followers will help him and some of Vancouver’s best raise funds for an organization that is so deserving of our support; not just as music fans, but as Canadians.

The Inland Refugee Society of British Columbia, a non-profit and non-governmental agency, has been working since 1984 to provide assistance to refugee claimants. They work with refugees to help fulfill their immediate needs and adapt to their new home, helping to provide the basics such as food, clothing, shelter and transportation, as well as providing information to make understanding a new country just a little bit easier.

For a modern charity, there exist two major challenges: marketing and mobilization. How do you reach those who are willing to help, and how do you move them to do so? Fortunately for IRS-BC, Vancouver has helped nurture the career and music of musicians like David Morin, Buckman Coe, DNA6 and Erica Dee.

Beyond the event, the musicians, and the cause, exists a truth: there are thousands upon thousands of refugees fleeing their homeland in an attempt to provide a better life for their families. For generations, Canadians have come together to take a stand when it matters, when our fellow man is in need. The modern global political climate can complicate and cloud the issue, but the result of these crises is much simpler.

On the other side of the world, there are people in need of help. Right here in British Columbia, organizations like the Inland Refugee Society are working tirelessly to provide the help that these people need. Fortunately for Vancouverites, their charity can take the form of a good time with good friends, good music, and a good cause.

Bigger Than You and Me – Community Charity Gala