The Competition is Fierce is not just a show; it is an engaging experience.

After entered the unusual door of the Shop Theatre at Renegade Studios, a lady accompanied us down for a stairway, in a sort of initial ritual. After walked into this labyrinth, we discovered the chairs, arranged on the four sides of a white cube, that were waiting for us. This was the unusual stage of the new play by Sebastien Archibald.

With a few simple props, such as two white desks, three white chairs and the reproduction of a washbasin, the company ITSAZOO – directed by Archibald and Chelsea Haberlin – was able to create an interesting ambience that changed for each scene. Props were moved in and out from white sliding doors, located at three corners of the stage-cube. Moreover, projections of building, paintings and washrooms contributed to produce the setting: a futuristic work environment where people literally have to fight to the death for their job position, as gladiators in ancient Rome. 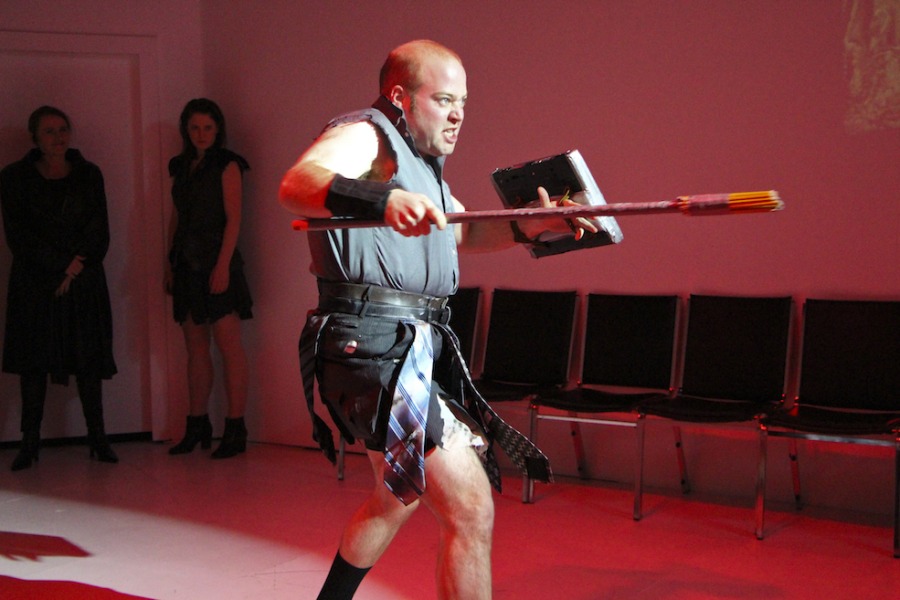 This satirical play transports spectators in a new world where John and John – two stereotyped workers, interpreted by Chris Cochrane and Carlo Marks – fight for an high-profile job and – of course! – for their co-worker Claire (Rachel Cairn). One John is timid and insecure; the other one is an attractive and proud man. Carlyle (Andrew Wheeler), an old wretched man who follows the order of the president Madeline (Marilyn Norry), trained them to fight. 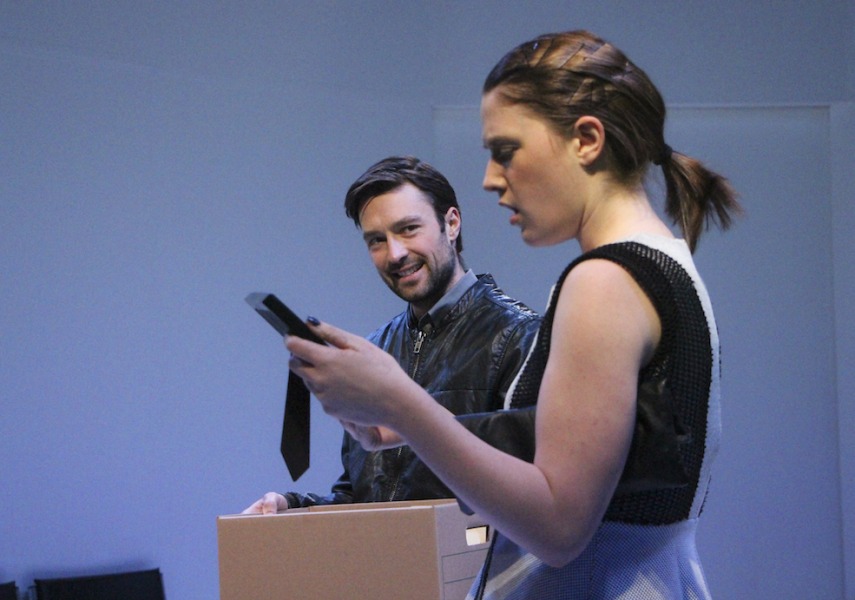 The play, based on the complex work – and emotional- relationship between these five characters, created an engaging connection with spectators. Despite the unnecessary nudity and some moments extremely gross, The Competition is Fierce elicited laughs in all the members of the audience, both for the proximity and the comedy of the actors. Everyone in the public was sincerely involved in the everyday fights of the characters and the response was evident in their bodies’ reactions. 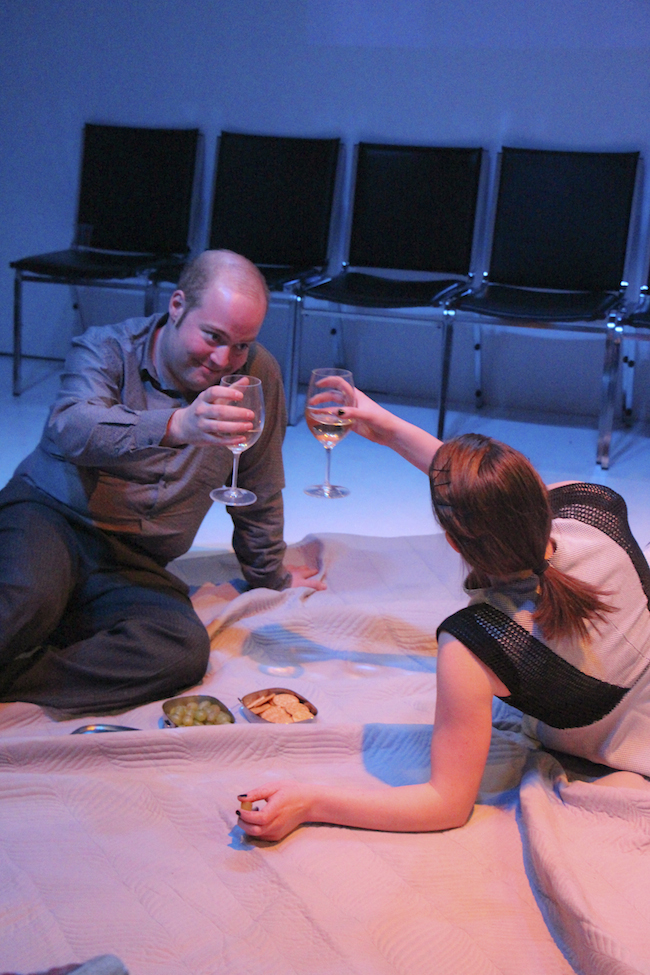 Produced by ITSAZOO, The Competition is Fierce runs until March 22, at 8 p.m., at Show Theatre, Renegade Studios (125 East 2nd Ave).

As the company advises: “The play contains nudity, coarse language, violence and sexual violence. Leave the kids at home. This is a night out for grown-ups”.