The judging panel, comprised of acclaimed Vancouver bartenders Shaun Layton of L’Abbattoir and Lauren Mote of UVA Wine & Cocktail Bar, as well as Tom Doughty of local Molinari agent Stile Brands, saw a remarkable amount of creativity, showmanship and class throughout the event.

Here’s a recap of the evening’s six delightful entries:

The evening’s first competitor, with a slight home field advantage, was Boulevard’s own bar man Alex Black. A up-and-coming bar pro and force to be reckoned with, Alex started the night off strong with the ‘Anise Awakens’, a well-balanced and mature cocktail that featured Aquavit, rose vermouth, Sambuca, lemon and cardamom bitters. 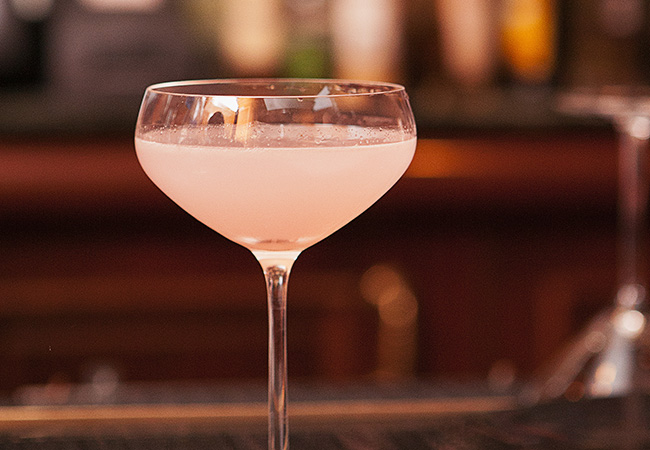 Next up was Jose Borges of Gastown’s L’Abattoir, who romanced the judges with his chivalry and charm, not to mention his three hundred dollar Baccarat crystal glasses. His cocktail entry, titled ‘Pazzo di Te’ (‘Crazy For You’), was laced with Italian herbs, grappa, single malt scotch, Sambuca and lime. 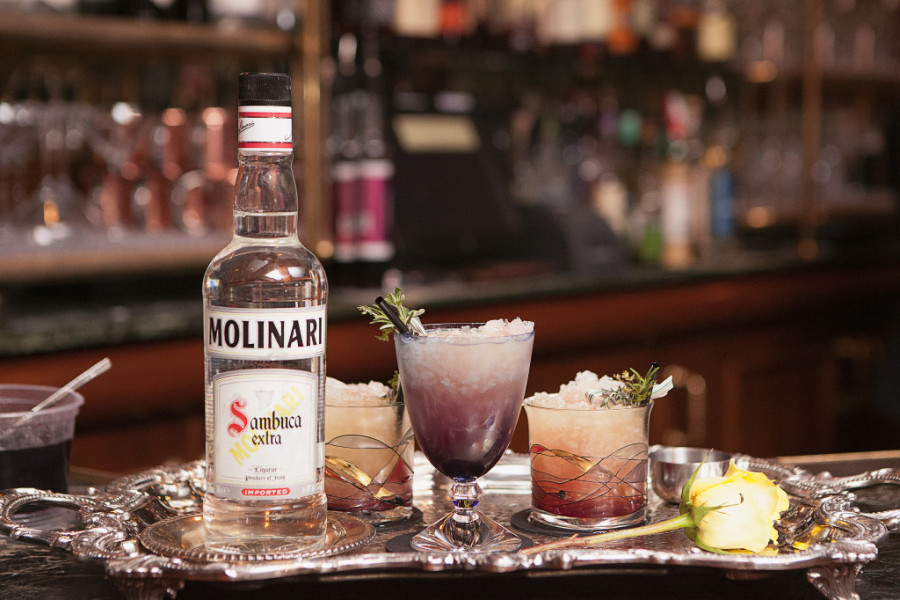 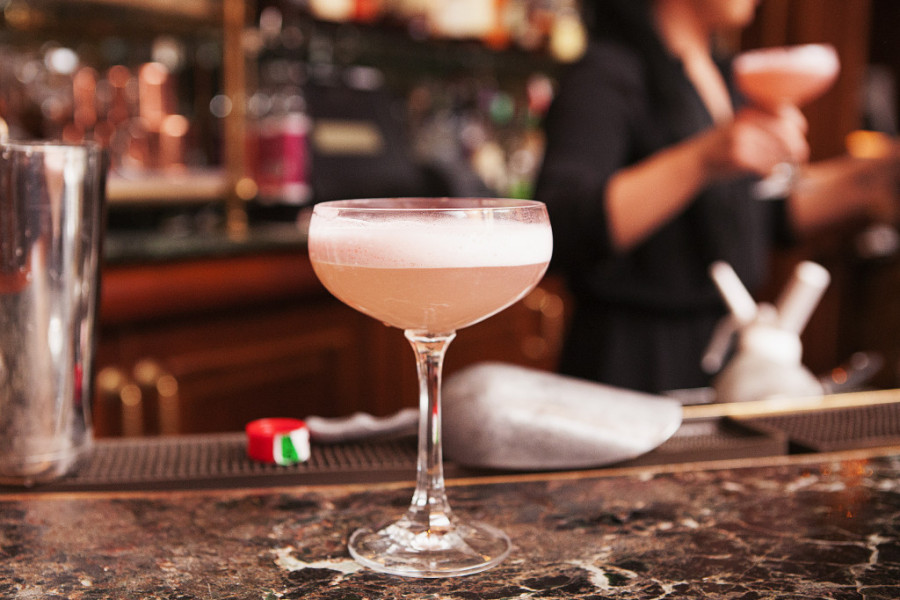 Representing Vancouver staple UVA Wine & Cocktail Bar was Katie Ingram, who turned all heads and demanded the most attention of the evening with her ‘Buongiorno Angel’ cocktail submission. Katie drew from her Italian heritage with an original take on a Bloody Mary that featured her very own tomato water, diligently pressed and seasoned by Katie herself, and mixed with Sambuca and berbere spices. 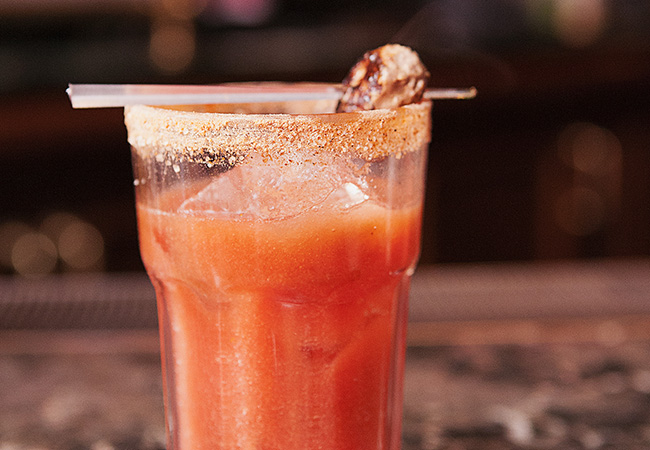 The fifth competitor of the night was Sabrine Dhaliwal from the famed cocktail bar at West Restaurant. A dedicated student of the craft, Sabrine impressed with her simplistic approach and traditional Sambuca flavor pairings. Combining gin, amaretto, coffee bean citrus, and of course, Sambuca, her ‘Twist of Fate’ cocktail had all the judges smiling. 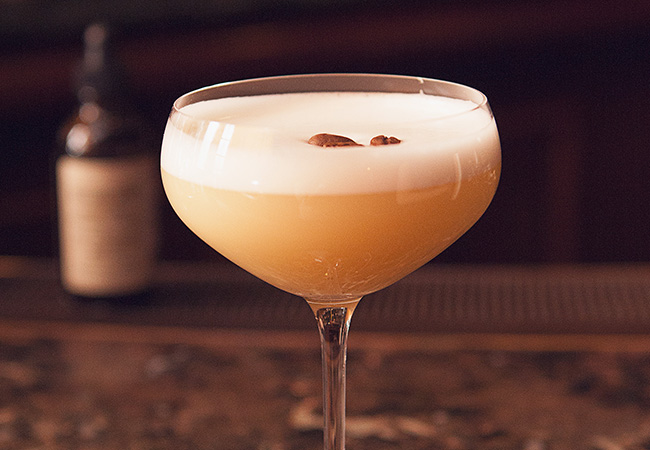 Last but far from least was Marc Smolinski of CinCin Ristorante + Bar whose cocktail made for a fitting final course. His take on an espresso macchiato, aptly named the ‘Macchiato Molinari’, gave the judging panel the wee blast of caffeine they needed before tallying up the scores. Marc impressed with his clever concoction that featured a base of bitters and espresso, topped with an unexpected and aromatic apricot and chartreuse foam, and tastefully garnished with a biscotti. 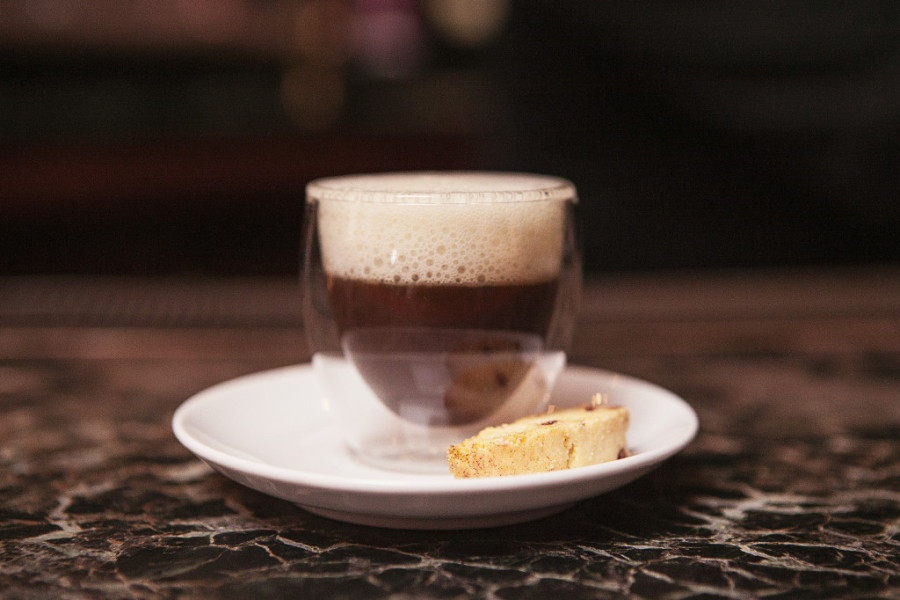 The spirited evening saw cocktails worthy of some of the finest drink menus in town, served with a healthy dose of flare and panache. But as in any competition, there can only be one winner. The night’s top prize went deservingly to Sabrine Dhaliwal of West Restaurant, with Alex Black of Boulevard Kitchen & Oyster Bar following in second place, and Katie Ingram of UVA Wine & Cocktail Bar rounding out the top three. 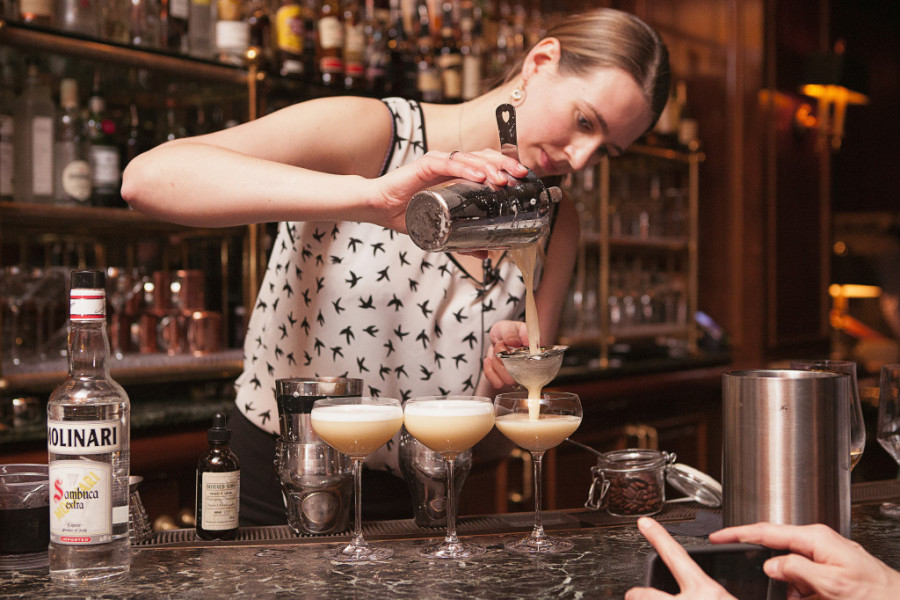 Congratulations to all of the night’s competitors who brought their A-game and strutted their stuff with class, and thank you to those who came out to support our city’s thriving bar community. Hopefully they’ve inspired you to pick up your bar tools and whip up something worthy of the competition. Game on!