Wanda Sykes is coming back to Vancouver to headline at the inaugural JFL Northwest comedy festival, and the multifaceted entertainer is excited to perform for appreciative crowds.

“I love Vancouver. The people are really into comedy and they have a good vibe,” said Sykes, who was recently named one of Entertainment Weekly’s 25 Funniest People in America. “Vancouver treats me well, and there’s so many places to get a good meal. It’s always nice to visit.”

Sykes performs at the Queen Elizabeth Theatre on February 24, one of 50 events taking place across Vancouver during JFL Northwest. Audiences will recognize Sykes from HBO’s Curb Your Enthusiasm, ABC’s Black-ish, and from her first book, Yeah, I Said It. The Emmy and GLAAD award winner is also hard at work on her next comedy special for Epix.

Out of all the jobs that keep her busy, Sykes is most proud of the toughest one: being a mother to two children.

“Motherhood is the hardest job. If you screw that up, you end up in jail,” said Sykes. “But being a mother of my twins is what I care most about. I help them do their homework and even I get stumped.”

Vancouver can expect to hear more about Sykes’ family during her upcoming JFL Northwest show as it comes from someplace “real”. 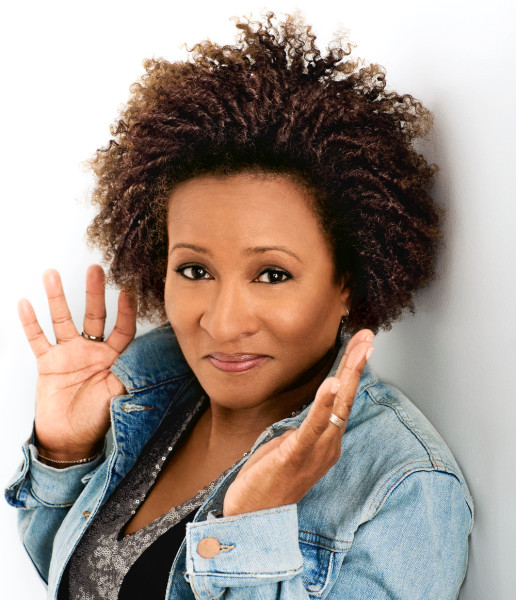 “My comedy is a snapshot of me and my life,” explained Sykes. “How I got here, my family, and of course it’s the election year in the United States so there will be a little of that too.”

“I’m excited to perform at JFL Northwest. Festival atmosphere is always great, you never know who you’re going to bump into.”

Sykes also had some words of advice for the up-and-coming comedians of Vancouver.

“Try to get onstage as much as possible. Keep writing and try new things,” said Sykes. “Continue to grow, and don’t rely on the same 15 minutes forever.”