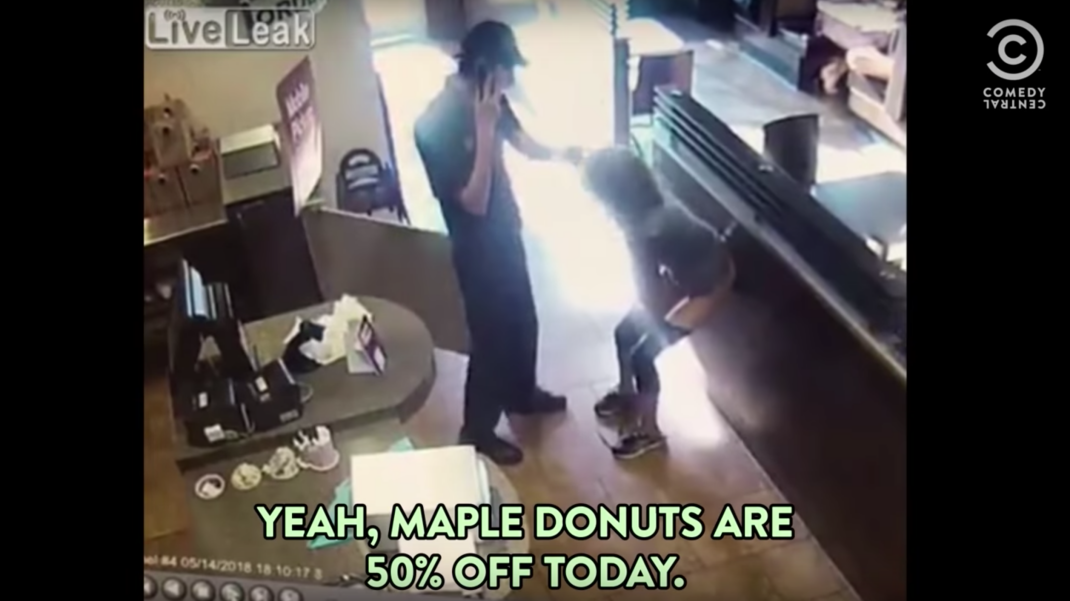 The disturbing video of an irate customer defecating on the floor of a Tim Hortons restaurant and then throwing feces at staff has now become material for Comedy Central.

In a YouTube video released last week, the comedy network spoofs the incident by overdubbing audio to the now-viral security footage from the Tim Hortons restaurant in Langley, BC.

“Sorry to be pushy, but this is kind of an emergency.”

“I mean, if it’s a real emergency, we’ve actually been letting people shit on the floor.”

The imagined dialogue is as polite as you’d expect from an American media company covering events in Canada… even if the actual video suggests that the exchange was much more heated.

Tim Hortons has explained the incident due to the fact that the employee “denied access to this guest based on past behaviour and out of concern for the immediate safety of team members and guests in the restaurant.” Rightly so, apparently.

While the Comedy Central video makes light of the matter, the woman in the video is facing charges from BC Prosecution Service, as if the recent publicity isn’t punishment enough.