Supermodel Coco Rocha is known as the “queen of posing,” so it’s only natural that her first book would be just about that. Study of Pose is a photographic coffee table book that features an incredible 1,000 poses all modelled by Rocha and photographed by famed photographer, Steven Sebring. The book’s forward was written by Jean Paul Gaultier, Rocha’s favorite designer (who she says always makes sure his models eat). 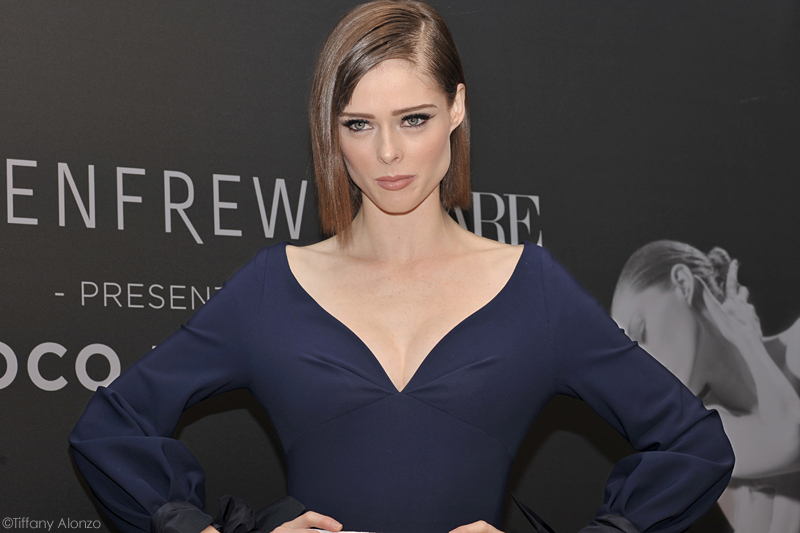 Throughout the book Rocha has her hair tied back in a tight bun and wears a flesh-colored leotard, but by pose #999, everything looks very different.

“If you want to see the end result, you have to buy the book,” she says with a wink. She further explained that the book was for models, photographers, painters and all types of artists. It was a challenge to come up with 1,000 different poses but also showed her what her body was capable of. 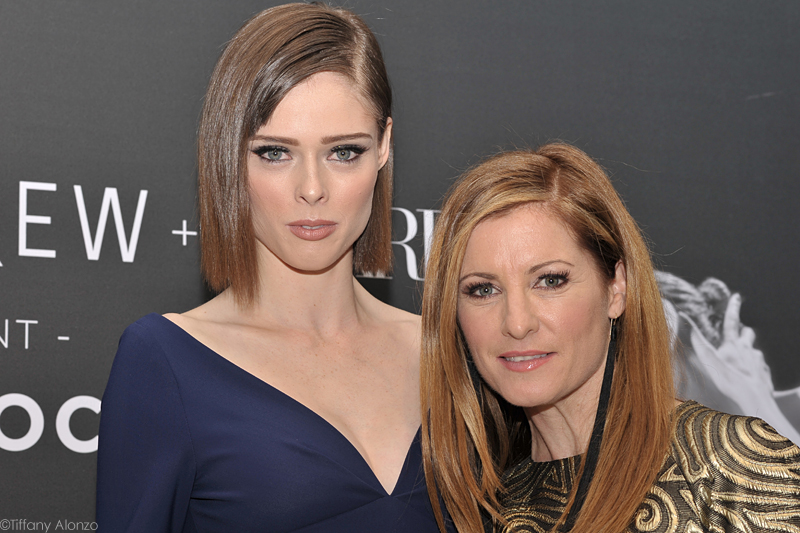 Rocha’s career began when she was scouted by local talent agent, Charles Stuart, during an Irish dance competition when she was just 14 years old. She admitted that early on in her career she didn’t know much about the fashion world. She shared stories of her early days, explaining that she thought John Galliano was just a fabulous-looking pirate at a casting and that Donna Karan were twin designers named Donna and Karan.

Before her event at Holt Renfrew, she stopped at her old high school, Hugh McRoberts Secondary School, where she placed her book in their library. Rocha is originally from Richmond, but although she hasn’t been back in two years (after her mother moved); she still considers it her base. 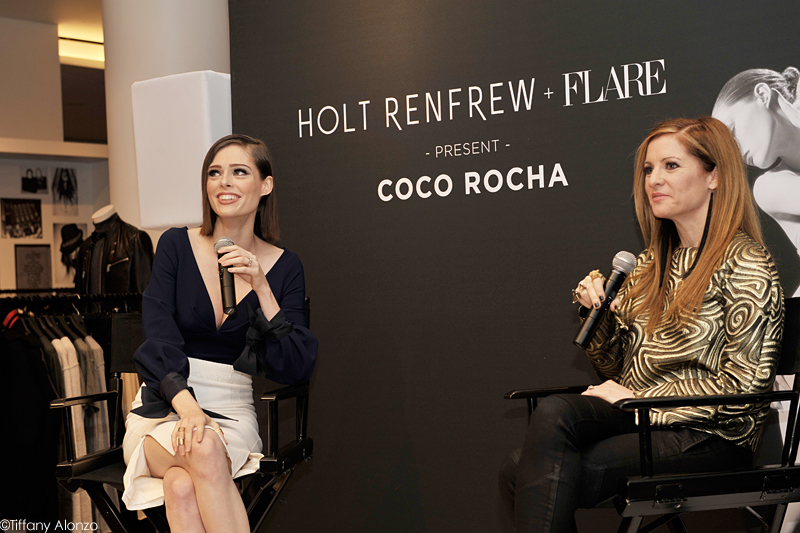 “This is where I grew up and where everything started. This is my base.”

During her interview, Rocha spoke about how important it was for her to use her platform for more than just celebrity status. After seeing and being told that models don’t need to speak, she took advantage of social media to give herself a voice. Her blog, oh-so-coco.tumblr.com, is her way of giving a glimpse into who she is, what she believes in and organizations she’s involved with. Currently, she is selling her clothing via Pose.com with sales benefiting Girls Who Code.

“Cindy Crawford and Iman paved the way for models with voices,” Rocha explained. “Cindy was the first model to be on TV as a host. Tyra and Heidi have her to thank for that.” 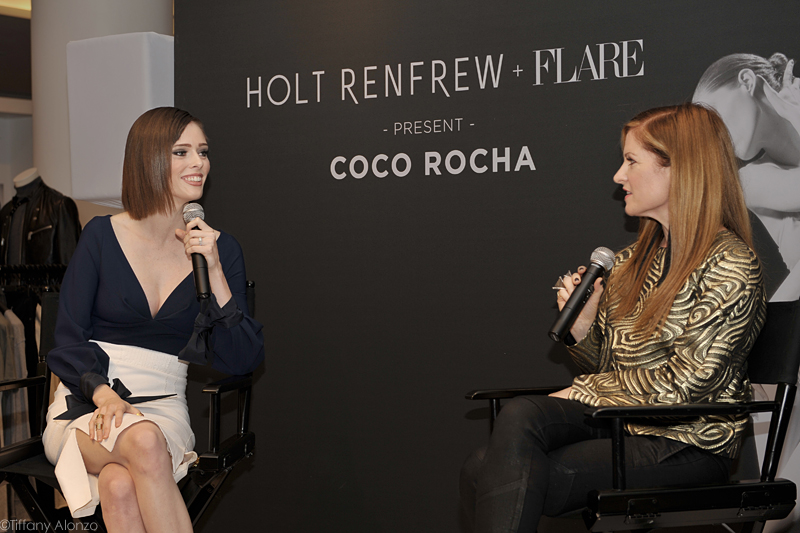 Rocha mentioned that Cindy Crawford is not only her favorite model, but she looks up to her as a business woman. She also gave credit to model Iman, who created a makeup line for women of all colors, because none existed at the time.

“Iman would show up to modeling jobs and would be told they didn’t have makeup in her skin color, so she should start bringing her own. She saw a problem and created a business out of it. After that, all the big makeup companies began creating makeup for all skin colors.”

With passion in her eyes, Rocha told her audience that if they have a platform, use it get their voices heard, to go after their passions and hold the reigns in their careers, especially women. No matter what she was told in the modeling industry, Rocha put clauses in her contract to protect her from doing anything she was not comfortable with, even if that meant losing jobs. She believes that sticking to who she is and seeing the industry as a business is what helped her success. 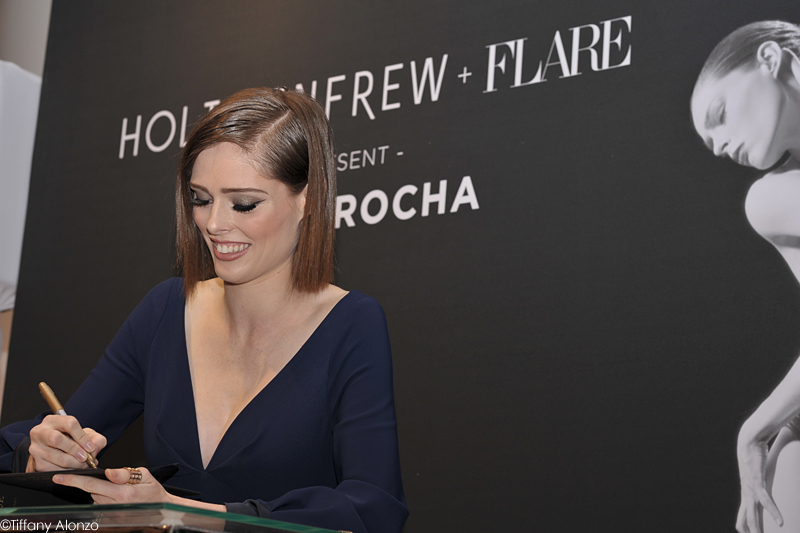 During the audience Q&A, Rocha shared her beauty secrets, which she said were not-so-secret and handed down by her mother, “Always wash your face and drink lots of water. Listen to your Mothers.”

She also revealed her craziest fan story, which was a girl on Instagram who pretended to be her twin sister that was overshadowed by Rocha. FYI, she does not have a twin.

A book signing followed Rocha’s formal interview and audience Q&A, where she also took photos and chatted with fans. Mother Rocky Rocha, husband James Conran and friends waited in line to have their Study of Pose books autographed and to show support for their girl. 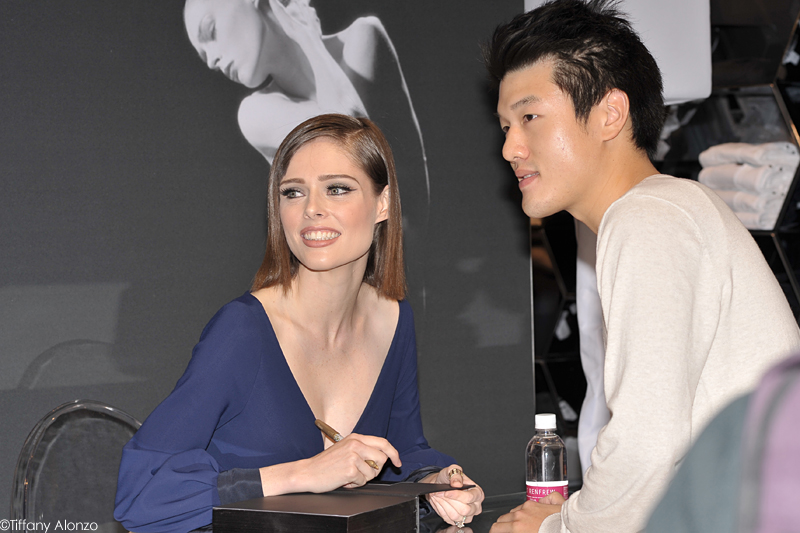 After four years of marriage, Rocha and Conran are expecting their first child in Spring 2015.