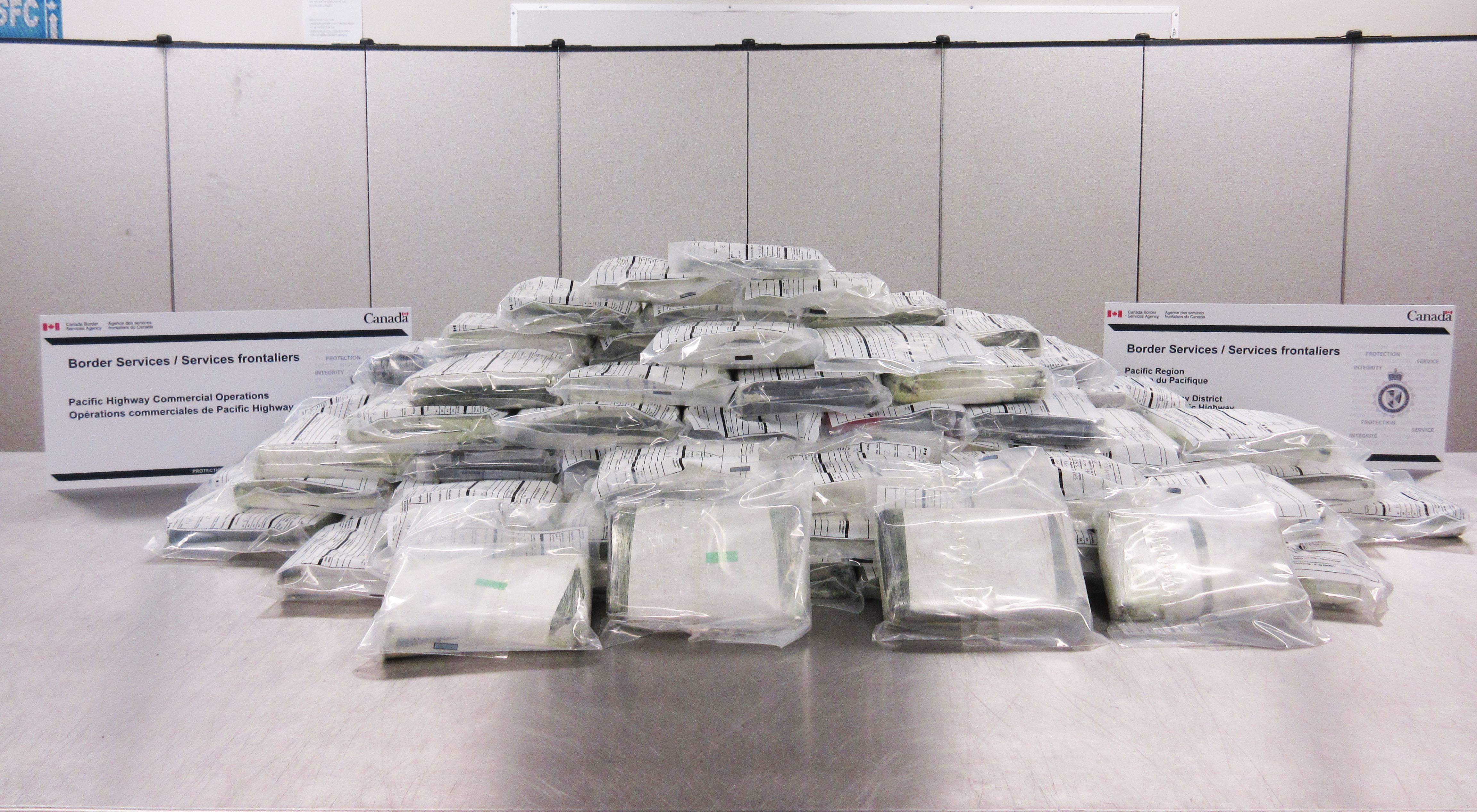 A massive haul of cocaine was seized in a drug bust at the Pacific Highway crossing in Surrey in October, the Canadian Border Services Agency has announced.

Officials found the 107.5 kilograms of cocaine in a commercial vehicle carrying a shipment of rice from the US into Canada on October 21.

On inspection of the vehicle, officers found multiple hidden bricks of a white powder, which a field test confirmed to potentially be cocaine.

In a release, a CBSA spokesperson said the driver and the drugs were turned over to the RCMP and an investigation is ongoing.

“Border services officers… are dedicated to strengthening the integrity of our borders and keeping Canadians safe,” said Chief Dan Bubas.

“This significant seizure also highlights the important partnership between the CBSA and the RCMP in keeping Canadians safe by preventing illegal narcotics and prohibited goods from entering our communities.”

Last year, according to the release, some 438,255 travellers and 407,207 commercial vehicles passed through the Pacific Highway border crossing.