Coachella has announced their lineup for their 2015 music and arts festival, and it’s got a little Canadian flair this year.

Once more the popular three-day desert excursion event will take place over two weekends in April (10-12 and 17-19) in Indio, California with a repeating lineup of megawatt music star power.

Check out the full lineup: 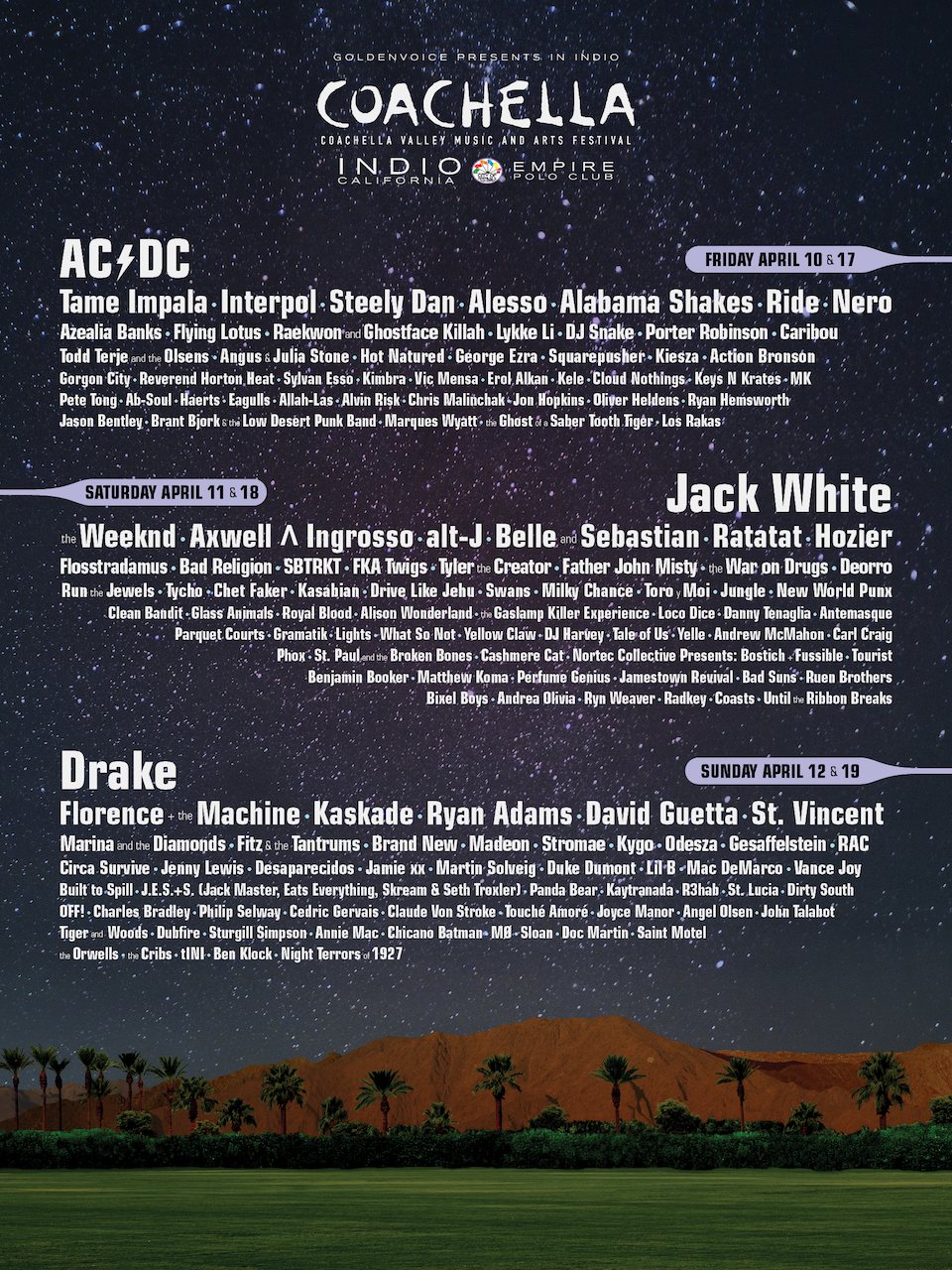 For those planning to make the trek to the California desert for a long weekend of music and, perhaps, debauchery, prepare to open your wallets. Passes and travel packages start at USD $375. Tickets go on sale January 7 at Noon.