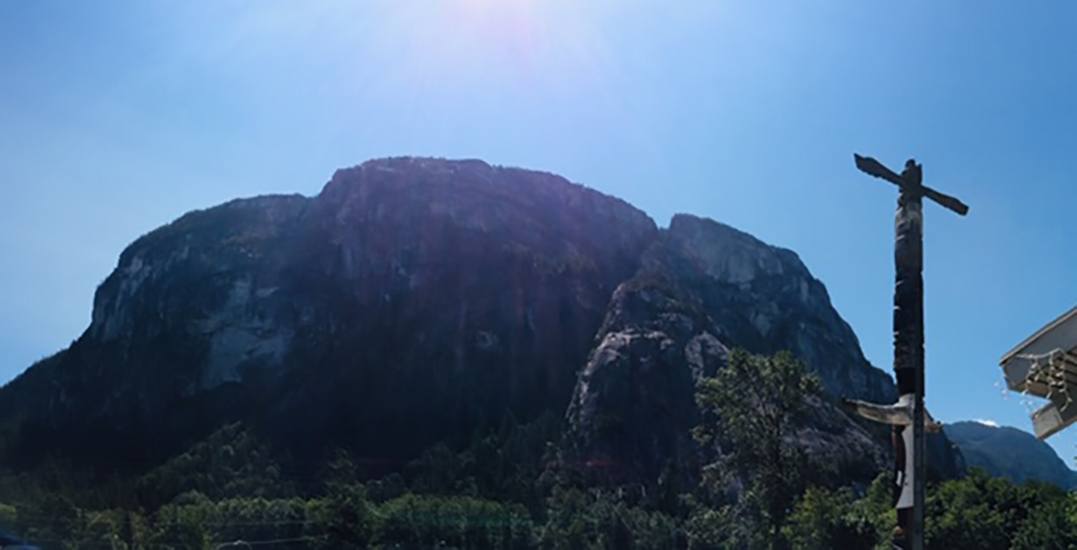 The Stawamus Chief in Squamish/Squamish RCMP

A rock climber has passed away after falling from the Stawamus Chief in Squamish.

According to a police report, Squamish RCMP was contacted by a climber on Saturday, August 4 at 11:30 am. The caller reported that they had seen the lead climber of a group fall while on the Angel’s Crest portion of the Chief.

Police, Search and Rescue (SAR), and Squamish BC Ambulance all attended the scene and found that the climber was 200 to 300 metres up the face, making the response extremely difficult.

Unfortunately, the climber passed away before the rescue was completed.

“After a difficult and highly technical extraction, the man, a 33-year-old Squamish resident, went into medical distress and died a short time later,” says Sgt. Sascha Banks in a media release. “The climbing community in Squamish is very close and I know it will be a hard loss for everyone. Our thoughts go out to not only the man’s friends and family but to the Squamish SAR team who worked tirelessly to help him.”

RCMP note that this is the second climber to die on the Chief within the past six weeks. It was also the SAR’s third call in three days regarding a climber in distress.

Police say that they will be working diligently to ensure that “safe adventuring” is practiced in the community.

In the meantime, the BC Coroner’s Service will be taking over the investigation.