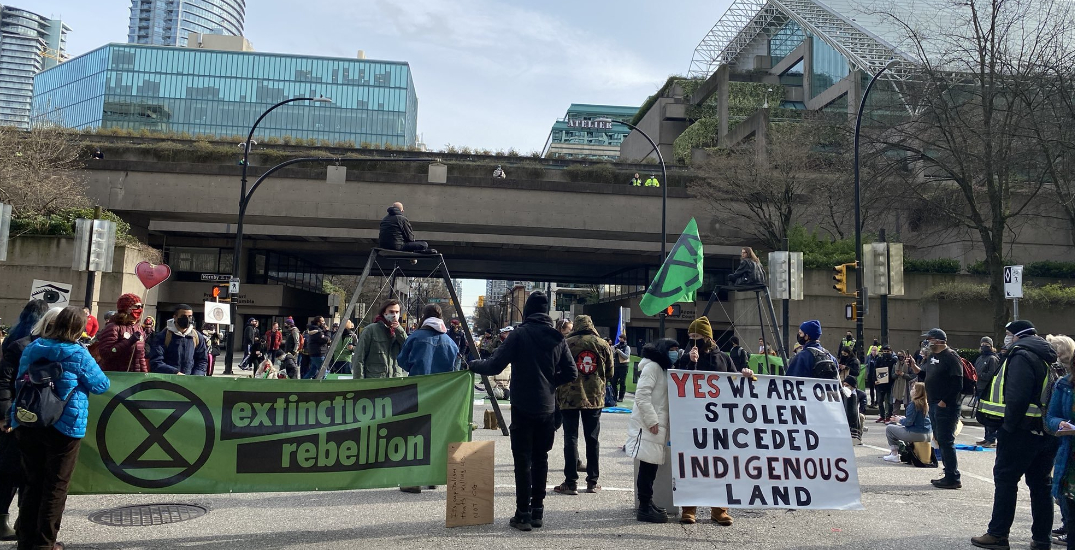 Vancouver Police (VPD) said that officers arrested three protestors after they blocked the intersection of Hornby Street and Smithe Street for several hours on Saturday afternoon.

The protest was peaceful, police noted, adding that the demonstrators were arrested on counts of mischief and intimidation due to the blockade.

According to VPD, approximately 50 people marched from the Vancouver Art Gallery to the Law Courts before demonstrators began to occupy the intersection.

Photos shared on social media show dozens of protestors, some of whom are holding signs,  standing in the middle of the downtown intersection.

Climate protest taking place at the corner of Hornby and Smithe pic.twitter.com/7WXjyreDo6

In a release, Extinction Rebellion Vancouver said its members would be participating in “peaceful civil disobedience” downtown on Saturday afternoon.

The group said it planned to “peacefully occupy public space, which will include disrupting traffic in downtown Vancouver.”

“Arrests are likely,” it wrote.