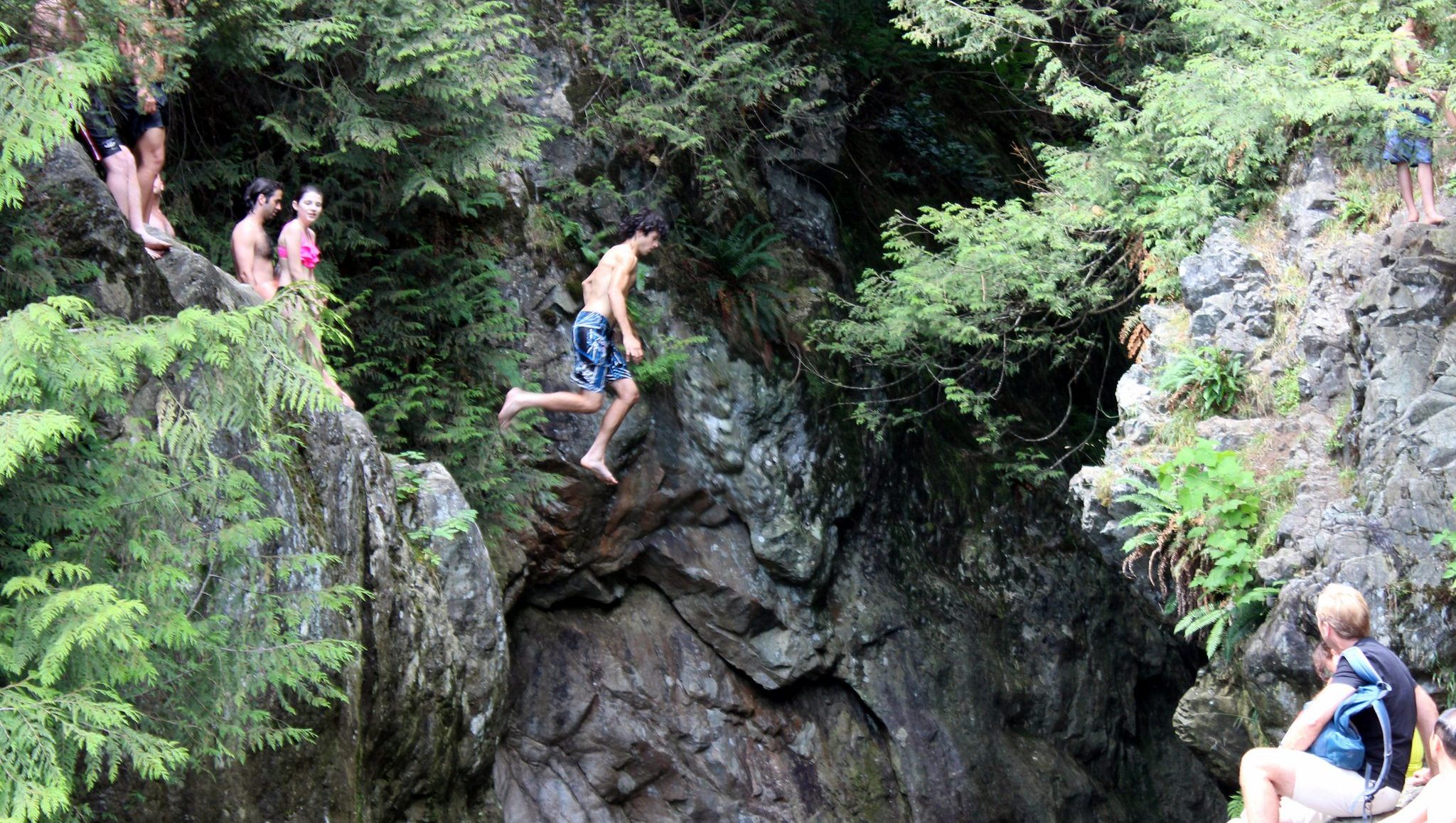 It’s a warning that typically goes out every summer: The dangers of cliff jumping.

Now, firefighters are renewing that call after a weekend incident.

Assistant chief Brian Hutchinson with the District of North Vancouver Fire Rescue says one man in his mid-20’s is lucky after a jump in the Twin Falls area of Lynn Canyon went wrong.

“The individual slipped and fell while preparing to jump and struck his head on the way down.”

And while Hutchinson says previous incidents and signage are demonstrating more awareness against cliff jumping, the weekend incident is another reminder to think before acting.

“Take a second, think about what you’re going to engage in, and listen to your gut. Often times, there’s a little voice in your head telling you not to do something, and we’re asking people to listen to that voice.”

Hutchinson says too many times people have been taken out of the area in a stretcher, or in a body bag.

But he also notes that over time, he’s seeing the public become more aware.

“Our numbers continually creep up each year, but that said, they’re not huge increases and we think the result of the messaging and the public engagement are keeping those numbers in check.”

Earlier this year, a 17-year-old drowned after an ill-fated jump off the notorious cliffs.