Uncle Vanya does not promise any easy answers. Categorized as a tragicomedy, the tone of the play is decidedly Eastern European – dark, heavy, and at times melodramatic. Written by Anton Chekhov at the turn of the twentieth century, Blackbird Theatre brings a new translation and an innovative viewing experience to this classic piece of literary theatre. Does it live up to expectations? Depends on what you were expecting in the first place.

A confession: I have very limited exposure to classical theatre. I’ve never read Chekov’s work, nor have I seen any of his plays performed before Uncle Vanya. That being said, I was curious to see if the century-old production could still be relevant to today’s audience.

Here’s a quick summary of the basic plot line, if you’re as lost as I am:

In Uncle Vanya, Chekhov introduces us to a life he himself once lived for five years as a country doctor. We meet the upper middle class country dwellers of late 19th century Russia, who cling nostalgically to social and academic ambitions. Both Vanya, who manages the estate, and his friend Astrov, the local doctor, are smitten with the lovely Yelena. Vanya’s niece Sonya, who helps him with the estate, is in love with Astrov, but the doctor seems blind to her affection. This entanglement grows as the play progresses, and alcohol and lust set irreversible events in motion.

The first half of Uncle Vanya is a plodding, sleepy giant. While I appreciate that Blackbird Theatre tried to stay true to Chekhov’s original script, I also wish that they had pared it down slightly for a modern audience. Classic theatre lovers might have enjoyed every moment, but Uncle Vanya quickly became stale for me. Instead of feeling the tension build and fester as per Chekhov’s original intention, I detachedly watched scenes go by without feeling any real connection to the characters. 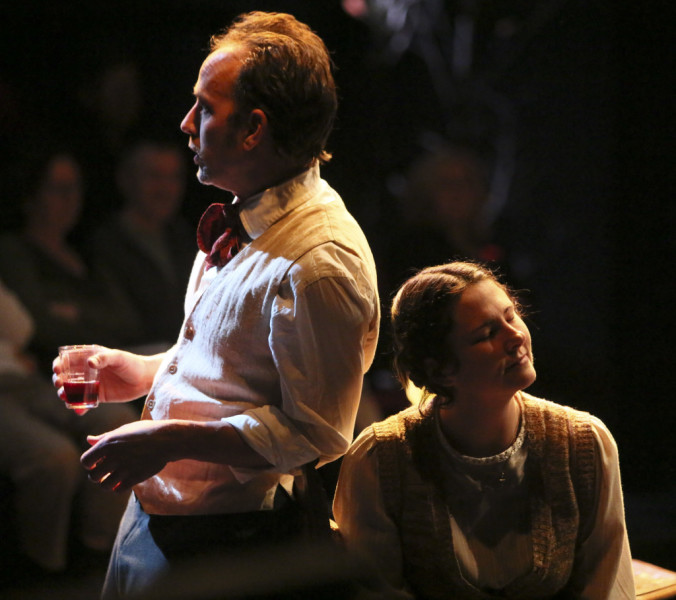 There was one unexpected but crucial high note: Cherise Clarke’s turn as plain niece Sonya. Clarke’s nuanced depiction of Sonya’s unrequited love was real and unaffected, and her comedic performance always toed the line without becoming over the top. As the voice of reason, Sonya’s character is all at once both girlishly hopeful and pragmatically resigned to her fate in life.

After the intermission, however, Uncle Vanya became the play I was waiting for. Confrontation comes to the forefront after a contested will, and you really get the sense that these individuals truly can’t stand each other – they wouldn’t be in the same room if not for the ties of family. No one is satisfied with what they have in life, and the play explores feelings of restlessness, social standing, romantic yearning, and inevitable complacency. Against this familial backdrop comes the larger battle of Progress versus nature; it’s amazing to see these environmental concerns already formed and well-articulated in a hundred year-old play.

I’m still torn on whether I would recommend Blackbird’s newest production or not. Was the tension-filled conclusion sufficient payoff for enduring the stale first half? Uncle Vanya certainly has important things to say about the role of family and social standing. I just wish it didn’t take so long to get us there.

Uncle Vanya plays at The Cultch until January 18, 2014. In light of the play’s environmental themes, Blackbird Theatre will plant one tree for every ticket sold for the production. Advanced tickets available here.