Owned and operated by entrepreneurial couple Homan and Mina Haftbaradaran, City Side Winery is a chic yet casual spot, where patrons are encouraged to take their time and enjoy a glass of wine (or two), while indulging in the winery’s edible offerings, which include locally-sourced cheeses and charcuterie platters.

Situated on busy West 2nd Avenue, Homan and Mina have done an excellent job at creating a calm and inviting space, which has been thoughtfully decked out with homey touches (Persian rugs, a plush leather couch, and reading material), and some simply stunning pieces of furniture, think beautifully finished rustic timber tables.

Quite a few pieces showcased have a fascinating story to tell. Take the weathered hightop table, which is propped up by two large wine barrels, for instance: it is composed of reclaimed wood from what was once the gymnasium floor at the women’s prison in Burnaby.

Patiently waiting, Homan and Mina hope to receive the winery’s lounge license soon, which will mean they’ll be able to serve regular sized glasses of wine. In the meantime, they are offering complimentary tastings and reasonably priced flights.

Currently, the winery is pouring (and selling by the bottle) their own wine label Mystic Pearl; the physical label of which was designed by Kevin Mak. The line-up includes a Semillon, Riesling, Merlot, and Cuvée (Merlot and Cabernet). Further down the road, once City Side Winery has settled into its new space, Homan plans to feature other local wines too.

Taking up residence in Olympic Village, City Side Winery joins an array of other establishments who have either opened or are opening up in the area, like Bao Down Gastropub + Raw Bar, Q Shi Q, and Tractor Foods. 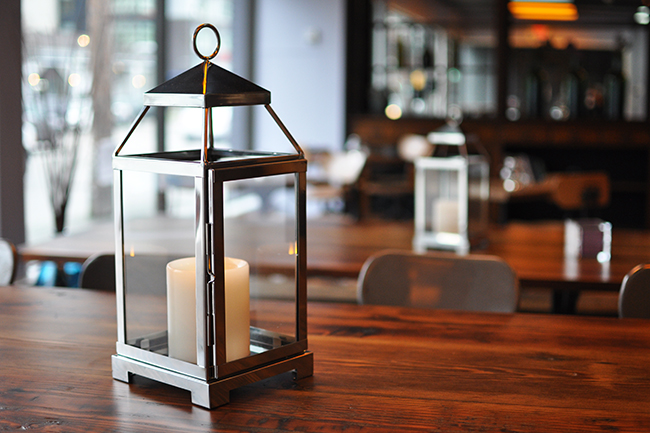 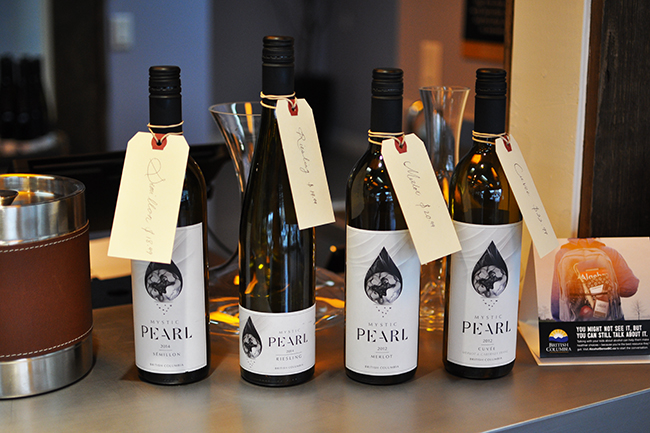 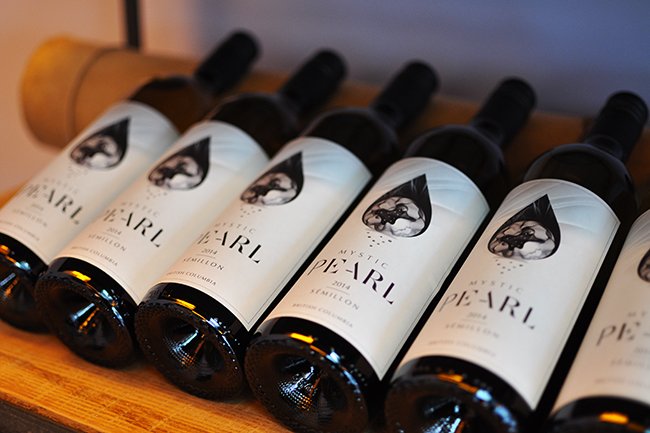 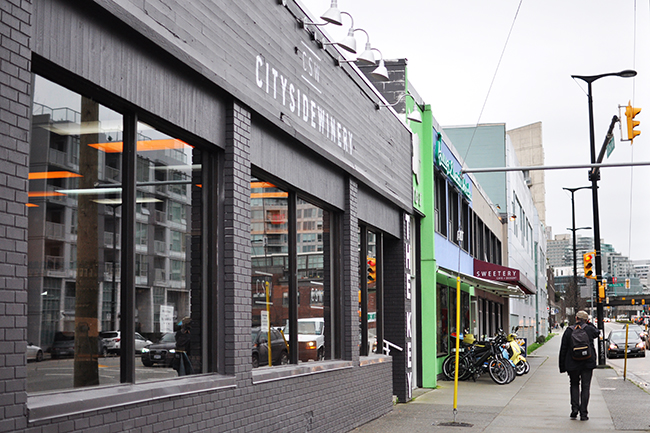