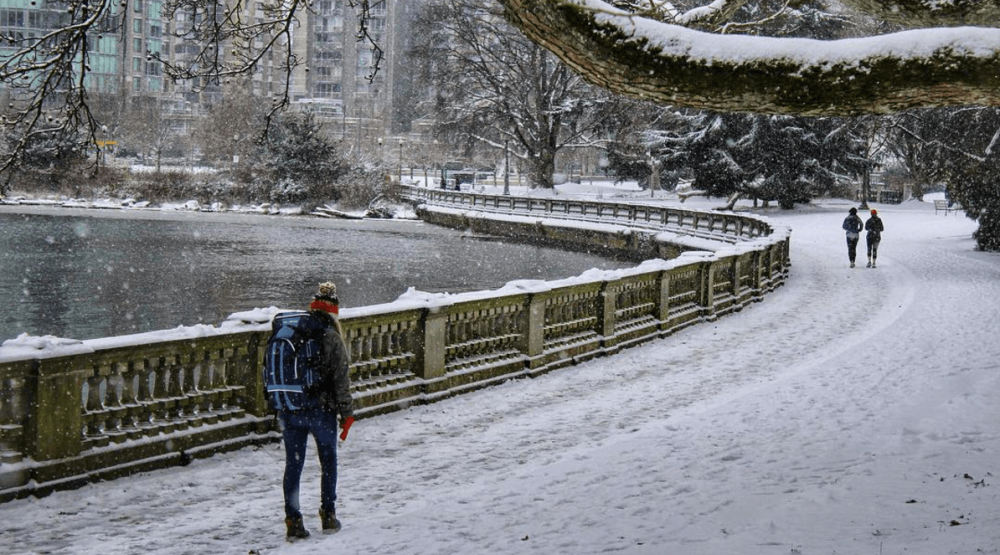 The municipal government responded today to the snowfall that has blanketed Vancouver.

“The City of Vancouver’s snow response fleet is fully activated, with trucks on arterial routes salting and plowing, where needed, to support safe access to major roadways, bus routes and bridges,” the City said in a statement.

They also said that as of noon, arterial roads were clear.

“Residents and businesses can expect to see snow collecting on side streets and in laneways,” the City continued. “Both residents and businesses are asked to do their part to remove snow from driveways and sidewalks as soon as it falls – this will help to prevent freezing and buildup of ice and is a vital part of ensuring that the city can be navigated by everyone.”

Thanks to all volunteer #SnowAngels helping keep neighbourhood walks/streets clear/safe. Call 311 to volunteer or if you need help! #vanpoli

With more wintery weather expected over the weekend, the City also confirmed that it was working proactively to clear residential streets ahead of garbage and green bin pick-ups on Monday and Tuesday.

“If freezing occurs, we anticipate there may be some collection delays, as the areas serviced on Monday and Tuesday have the steepest laneways,” they said. “We are working closely with Multi-Material BC (MMBC) to further coordinate salting and sanding efforts to support recycling collection. If the weather results in collection delays, the City and MMBC ask that residents leave their garbage, green bin or recycling out as crews will be collecting it as soon as possible.”