A City of Vancouver has confirmed one of their arborists has died following an accident in Connaught Park earlier this morning.

Scott McCloy with WorkSafe BC tells Vancity Buzz that the employee was removing limbs from a tree in a boom mounted bucket that was elevated off the ground. During the course of his work, he was crushed against the bucket by a large limb.

He was transported to hospital where he later died.

“We have prevention officers at the scene – engineers and investigations officers – to understand what happened and why so such an occurrence can be prevented again in the future,” says McCloy.

McCloy says WorkSafe BC is working with the Vancouver Police Department in the investigation and they don’t have a timeline for when it will be concluded. Once they have more details, they will release them to the public. 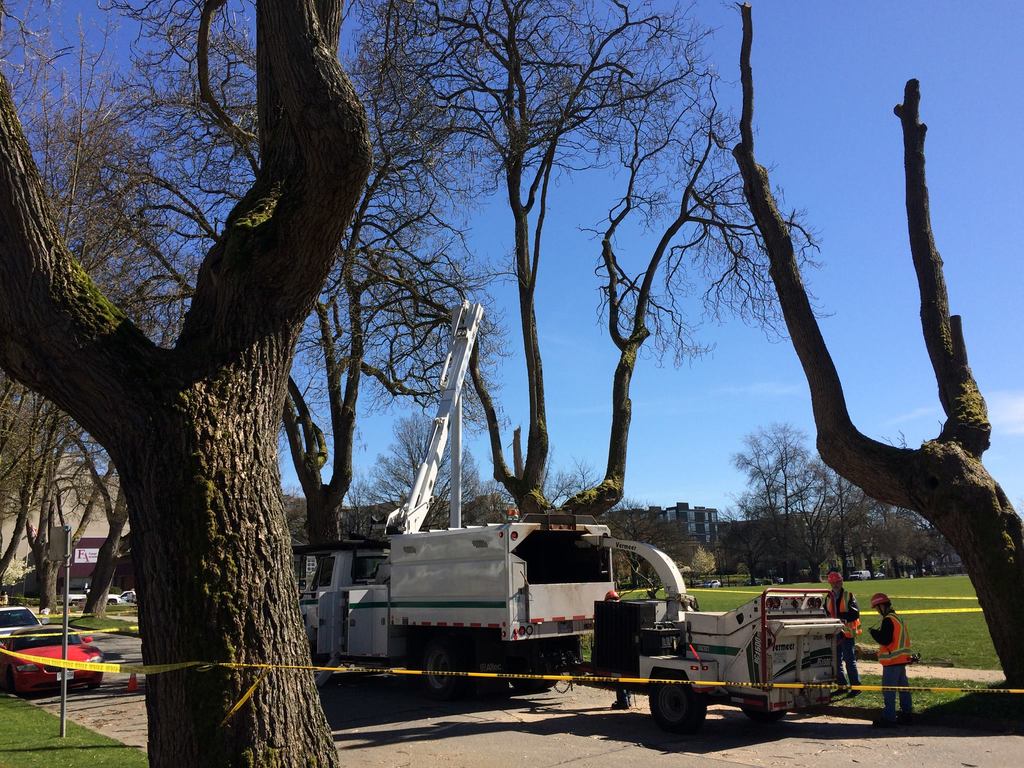