The iconic big blue and yellow big top of Cirque du Soleil is returning to Vancouver again, this time with their newest show Amaluna. Running at Corcord Pacific Place from November 23 – December 30, 2012, Cirque du Soleil has always been embraced by

Vancouverities over the years as they returned to sold out shows year after year. If you’ve seen a Cirque du Soleil show before, you’ll know that the sure athleticism of the performers, theatrics and costumes leave audiences in awe. If you plan on going, be sure to arrive early so you have time to get some snacks and lounge in the gift shop before you head into the big top. Tickets for all performances of Amaluna are now available via cirquedusoleil.com/amaluna. 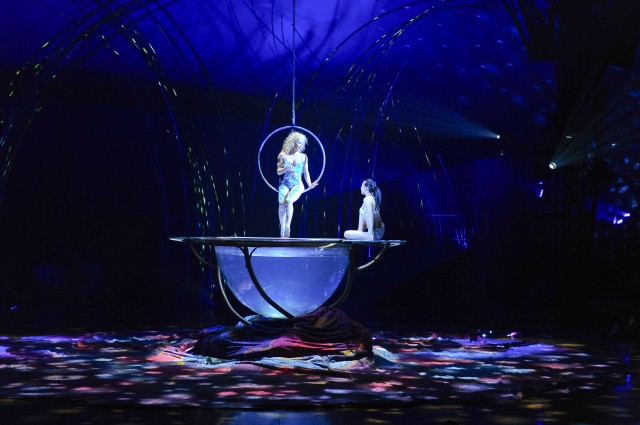 Amaluna invites the audience to a mysterious island governed by Goddesses and guided by the cycles of the moon. Their queen, Prospera, directs her daughter’s coming-of-age ceremony in a rite that honours femininity, renewal, rebirth and balance, which marks the passing of these insights and values from one generation to the next.

In the wake of a storm caused by Prospera, a group of young men land on the island, triggering an epic, emotional love story between Prospera’s daughter and a brave young suitor, whose love will be put to the test. The couple must face numerous demanding trials and overcome daunting setbacks before they can achieve mutual trust, faith and harmony. 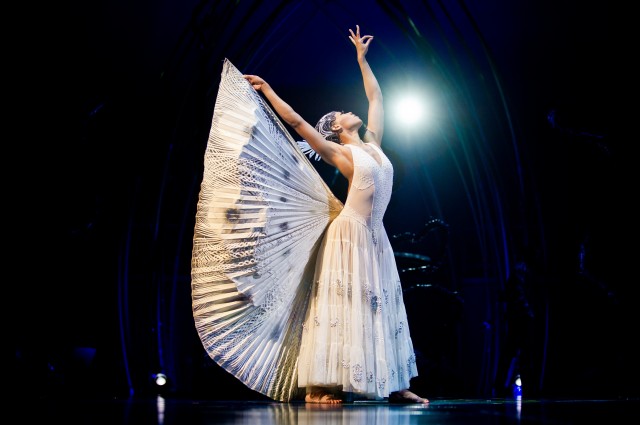 We don’t want to give away all the secrets, but here are the names of some of the key acts of the show:

Amaluna is presented by Desjardins Group, the presenting sponsor of the 2012 Canadian tour of the show. Infiniti, CGI, Xerox, Rogers and Ernst & Young are the official sponsors.