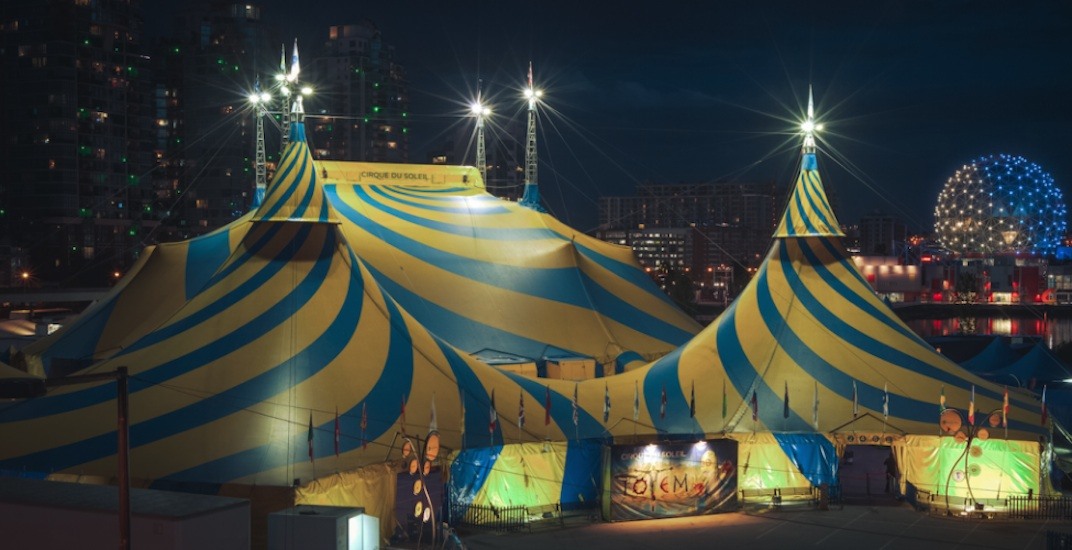 This fall, Vancouverites will have the opportunity to join the circus, but fear not as these positions do not require acrobatic and contortionist experience.

Cirque du Soleil’s ‘big top’ is returning to Concord Pacific Place at False Creek in downtown Vancouver for two-and-a-half months for its upcoming Kurios show. To fulfill its elaborate requirements and standards, the company is seeking to fill over 200 positions in the production’s front-end and back-end operations.

Some positions even uniquely revolve around assisting the performers with their costumes and working in the kitchen to help prepare their meals. As they are high-performance athletes, they all have very specific eating requirements.

These contract positions are for the show’s run in Vancouver from October 19 to December 31.

Job fairs will be held on the 11th floor of Two Bentall Centre (Bentall 2 Tower) in downtown Vancouver throughout the month of August. Applicants must be 18 years or older and should bring their resume, along with two pieces of ID, two references, and SIN card.

Kurios, the 35th production of Cirque du Soleil, is a tribute to the discoveries and inventions that led to the Industrial Revolution of the 19th century. It celebrates and embodies the advancements of sciences, but within an imaginary, parallel world.

When: Between 10 am and 4 pm on the following days:

What: For contract positions, 18 years of age or older. Bring resume, two pieces of ID, two references, and SIN card.