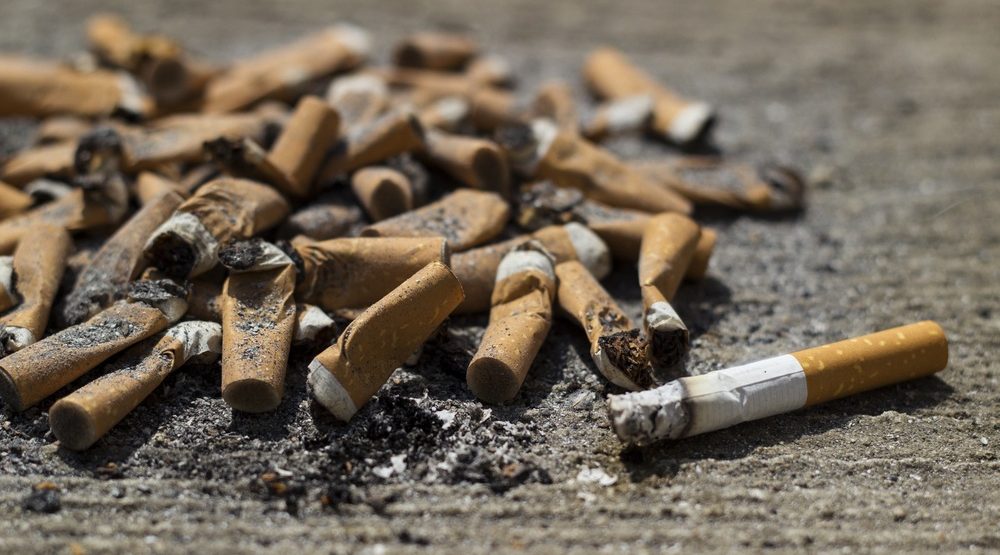 Let me ask you a question, and smokers, listen up:

Do you think the rules don’t apply to you when it comes to littering on our city’s streets?

Picture this: I’m walking down the street in Yaletown, I take that last satisfying sip of my grande non-fat Americano Misto, and then I chuck the cup on the ground. Or how about I’m walking my (fictitious) dog through Gastown; I stop while my dog relieves himself and then walk away, leaving a steaming pile of excrement on the sidewalk. Or maybe I’m enjoying my salt and vinegar chips while I’m walking along the seawall and when I’m done, I chuck my bag right into the ocean.

Are any of those situations okay?

No, of course they’re not. So why then do smokers think it’s okay to toss their cigarette butts here, there and everywhere?

I just don’t understand it. Cigarette butts are trash. They’re waste. They’re garbage. So stop throwing them around like they’re flower petals and you’re wearing a crinoline dress walking down the aisle ahead of the bride. This isn’t a wedding and you aren’t a flower girl.

Why is this okay to you?

Plus, it stinks; it makes you stink and it makes everything around you stink. The smell of cigarettes alone is enough of a detriment to society. (There’s a reason why there’s no Calvin Klein Eau de Nicotine.) And now you run our already assaulted noses in it by throwing your cigarette butts on the ground?

At one point in time it was okay to smoke at a restaurant, in an airplane, or even in an office. If you tried to do that now, you’d be ostracized and shunned like a social outcast. And my hope is one day, you’ll get the same reaction when you flippantly toss your cigarette butt on the ground, like you’re spreading breadcrumbs to find your way home.

So why don’t you take some pride in your neighbourhood, in your city; heck even in yourself, and just stop doing it.

Or if you do insist on using the street as your ashtray, at least clean up after yourself. You owe us that.