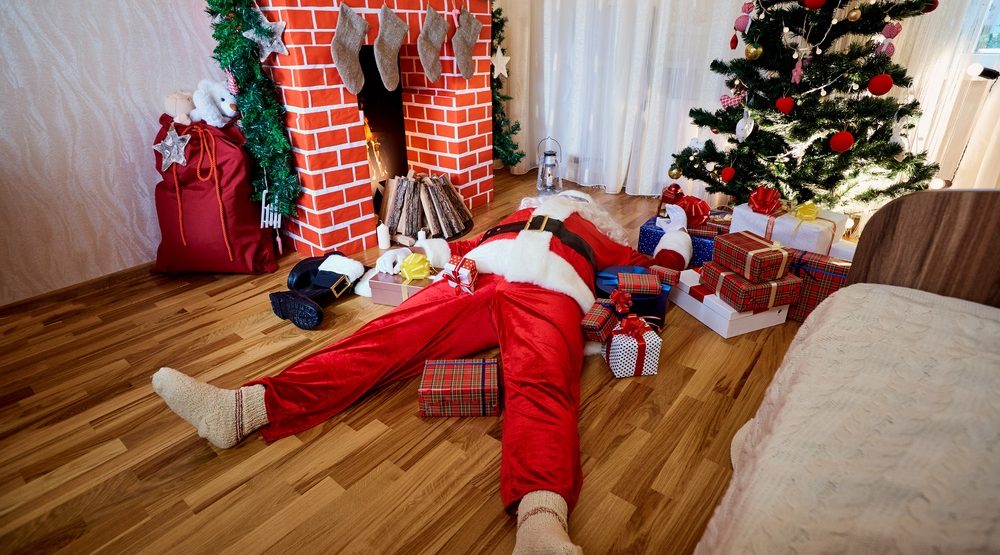 Sometimes it feels like the all the holiday shopping, planning and ‘quality’ family time is enough to stop your heart.

Well, some new research suggests that feeling in your chest isn’t just your heart being three-sizes too small. Christmas-time may actually increase your risk for a heart attack.

According to a Swedish study titled Christmas 2018: Heart Of The Matter published in the medical Journal BMJ, analysis of 16 years of hospital admissions for ‘myocardial infarction,’ aka a heart attack, show a link between external factors and the medical emergency.

Symptom onset was documented to the nearest minute, and the results showed that Christmas — and the Swedish holiday Midsummer — was associated with higher risk of myocardial infarction, particularly in older and sicker patients.

The study notes that even though the instance of death from heart attacks are declining in high-income countries it still remains the most common cause of death worldwide. Even the late British Prime Minister Winston Churchill is thought to have suffered one while visiting White House during Christmas 1941.

While numerous risk factors can increase the chance of suffering cardiac arrest, ranging from emotional stress to heavy physical activity to cold weather exposure, the study wanted to pinpoint if external factors like holidays could be directly linked to the illness.

Previous studies have shown a peak in cardiac mortality in the Western world on Christmas Day and New Year’s as well as during Islamic holidays in countries where they are widely celebrated. But the researchers found that those studies often relied on data that did not often indicate when the symptoms began, only on time of death, or admission to hospital.

Using the SWEDEHEART database, an online registry of medical information from around the country, the team observed on Christmas Eve, there was a 37% higher chance than normal of suffering a heart attack and that they peak out at around 10 pm.

Cultural differences may play a role since in Sweden the bulk of Christmas celebrations take place on the 24th. So just because you make it through Christmas Eve, doesn’t mean you’re in the clear. Keep calm and maybe pass on the extra cranberry sauce at dinner.

On a positive note, the study also found that major national and international sports events, like the World Cup, have almost no impact on the increasing heart attacks. Meaning you’re probably safe to watch the World Juniors.