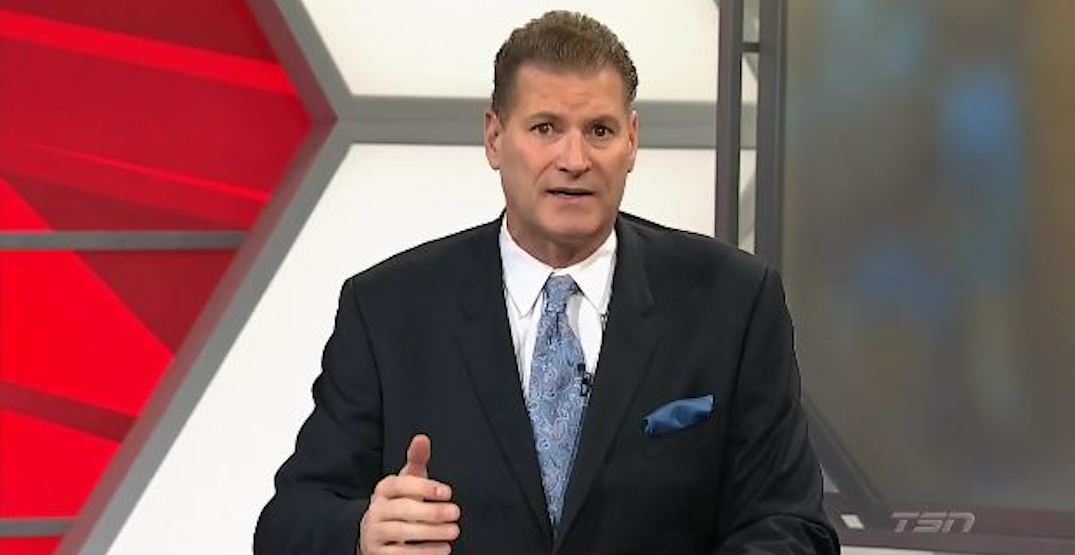 Longtime CFL offensive lineman and TSN football analyst Chris Schultz has died after suffering a heart attack. The native of Burlington, Ontario was 61.

A larger-than-life personality both on and off the field.

A great player, broadcaster, friend, and ambassador for the game.

I’m devastated to learn that our friend Chris Schultz died of a heart attack yesterday.
He was 61.
Schultzy was larger than life in so many ways…
CFL and NFL.
He played in both.
He covered both.
He loved both.
His life was a football life.
One I’ll never forget.
RIP Big Man pic.twitter.com/CJmggtdBCt

Schultz had a long and successful career in football.

The Dallas Cowboys picked him in the seventh round of the 1983 NFL draft after a college career at Arizona. The six-foot-eight Schultz was with the Cowboys from 1983 to 1986, before returning home to play for the Argonauts.

Schultz was twice a CFL All-Star during a nine-year playing career with the Argos, winning a Grey Cup in 1991. Schultz was also named to the Argos’ all-time team in 2007.

“Chris Schultz was made to play football, or football was made for Chris Schultz. Either way it was a symbiotic relationship,” former teammate and current Argonauts GM Michael ‘Pinball’ Clemons said in a statement. “His passion reverberated on radio, television, coaching kids, or walking the dog. He was always willing to talk football! His friends, family and teammates were all in his locker room, where loyalty abounds.”

“My good friend John Candy and I spoke highly of Schultzy often. I’m disappointed because he had more to give, and my fervent hope is, he knew how much he was loved. I’m extending a warm virtual hug to the Argonaut and CFL family today.”

When his playing career ended, Schultz moved to a career in television and became a mainstay on CFL on TSN broadcasts. He hosted “Risky Business,” making weekly NFL picks, and was part of TSN’s Grey Cup and Super Bowl coverage for many years.

“Chris Schultz was a gentle giant who brought passion, dedication, and energy to his coverage of the game,” said Stewart Johnston, Senior Vice President, Sales & Sports, Bell Media. “Chris was a unique voice in Canadian football broadcasting, and an iconic figure to fans across the country. He was also a friendly face to the whole team at our studios. We extend our heartfelt condolences to Chris’s family and friends. His impact upon football in Canada is simply unforgettable.”

Schultz was also known as a passionate spokesperson as part of the Purolator Tackle Hunger program, dedicated to supporting local food banks across Canada. Since 2003, the program has helped feed over 13 million Canadians.