This signature event of Vancouver’s Chinatown will feature lion dances, cultural dance troupes, marching bands, martial arts performances and much more. The Chinese New Year Parade celebrates the new year of the Chinese lunar calendar and is a fun-filled event for everyone to enjoy.

As one of the three largest non-commercial annual parades in Vancouver, the parade features the largest assembly of traditional lion dance teams in Canada with dozens of colourful and energetic lions from the various local fraternal and martial arts organizations.

Over 3,000 people from various community and cultural groups will be performing and marching along the 1.3-km parade route.

It is not surprising that the parade draws over 50,000 spectators along the route each year plus many more that will see it through TV coverage on Shaw TV, Omni TV and Shaw Multicultural Channel. 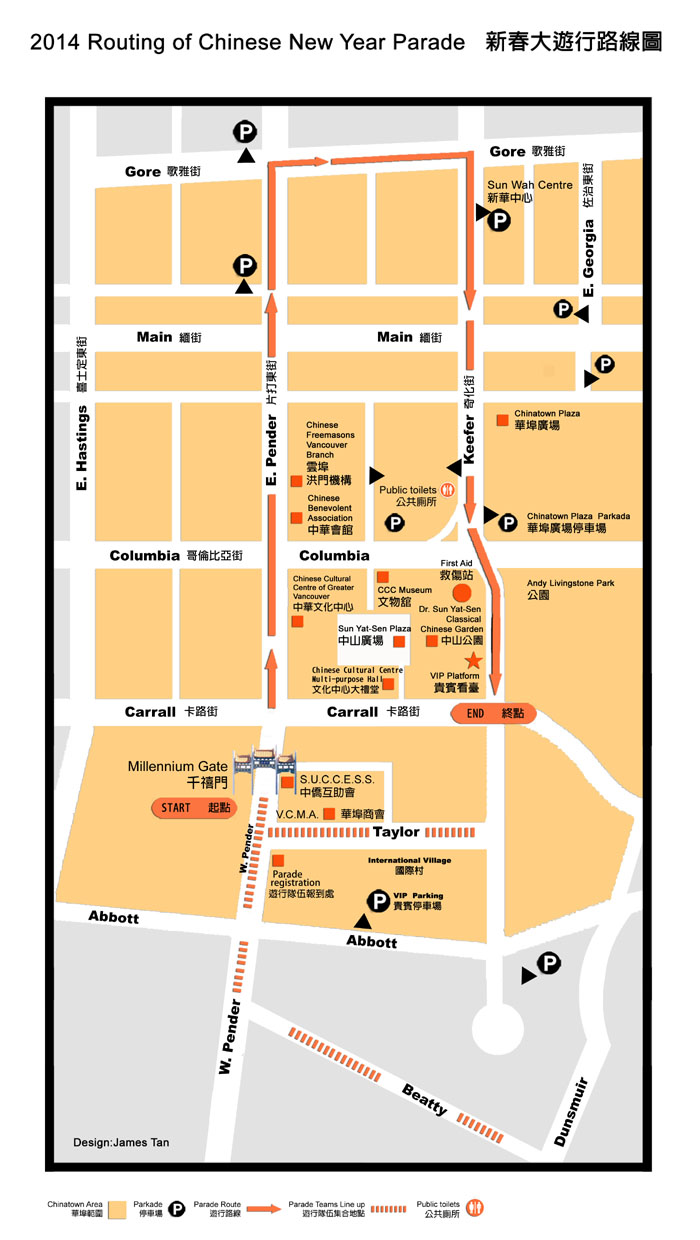 If you’re not able to attend the parade in person, you can watch it on local TV on the following dates and times: