Across much of Asia, the arrival of the Chinese New Year (a.k.a. Spring Festival or Lunar New Year) is considerably celebrated with the combined equivalence of Thanksgiving, Christmas and the Gregorian New Year.

The holiday is celebrated in China, Hong Kong, Taiwan, and parts of Southeast Asia such as Singapore.

In these regions, store shelves empty days before, businesses shut down for weeks, the Earth’s largest seasonal migration home occurs with 3.6 billion trips made over the span of the holiday, and firecrackers and fireworks take over the sounds of the night. For 1.5 billion people around the world, it is a time of reunion and thanksgiving.

Baidu Interactive – an interactive heat map that visualizes the multi-week travels made by the Chinese during Chinese New Year. 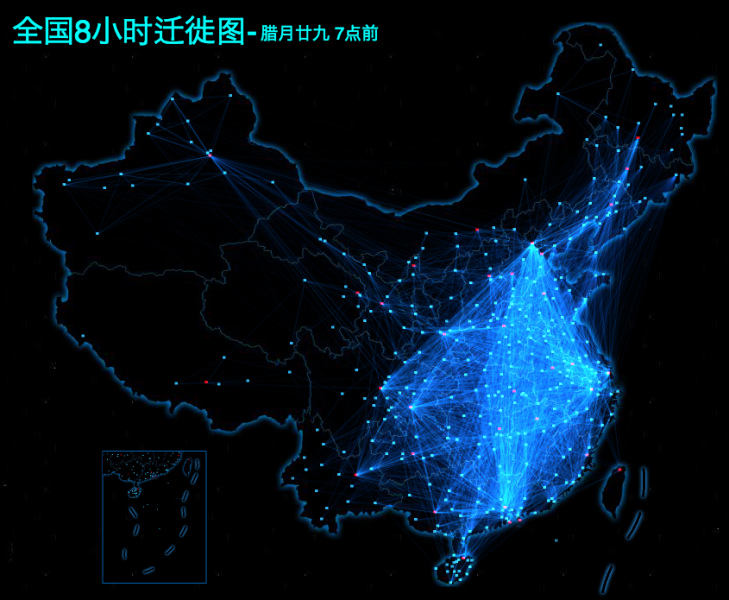 The Year of the Horse comes galloping on January 31, 2014, and the holiday and festival lasts over a period of fifteen days with rituals and customs, superstitions, family gatherings, parades, decorations, luck money exchanges, and delicious food.

It usually starts on the first New Moon of the New Year (the darkest day) and ends with the full moon fifteen days later on February 18 (the brightest day). Festivities climax on the fifteenth day with the Lantern Festival led by a parade of children holding lanterns at night.

Spoken in either Cantonese or Mandarin, these are Chinese characters that mean “congratulations and wishing you prosperity!” In the Chinese culture, it is one of the most common ways of saying Happy New Year.

2. The significance behind the Year of the Horse.

The Horse is one of the twelve animals that appear in the 12-year cycle of the Chinese Zodiac and Chinese calendar. Last year’s animal was the snake.

The Horse generally signifies good fortune and luck for everyone and especially so for those born during the Year of the Horse (2002, 1990, 1978, 1966, 1954, 1942 or 1930). They are known to embody the traits of the animal: ingenious communication skills, cleverness, fearless, cheerful, perceptive, talented and witty. The Year of the Horse is also said to be a good year to travel.

Homes are thoroughly cleaned prior to the start of the New Year to sweep away back luck and make way for good fortune. As well, cleaning materials need to be put away and all garbage must also be thrown out. 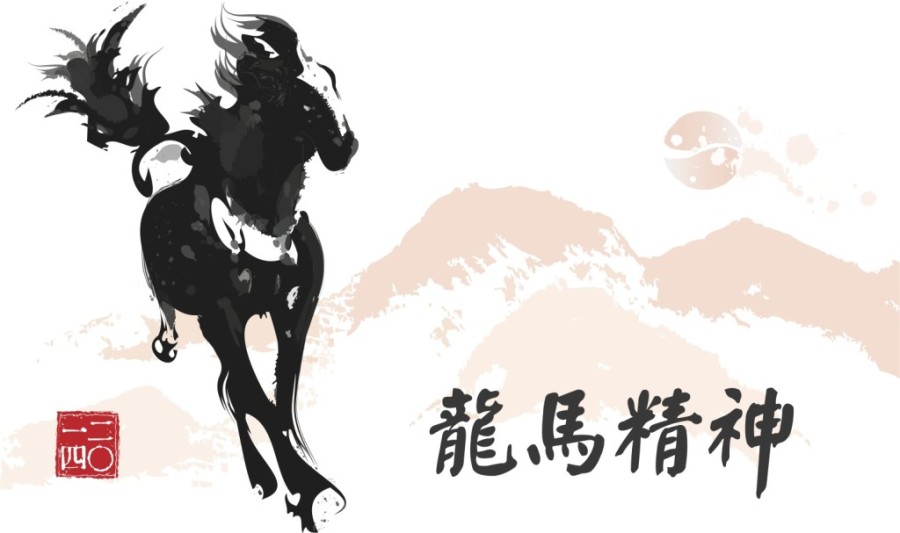 Image: Year of the Horse via Shutterstock

Red in general is an important colour in the Chinese culture, it’s not just for the Chinese New Year.

It is linked to luck, happiness and prosperity, but it is also used to fend off misfortune and explains why red is the colour of virtually all Chinese New Year decorations and clothing worn during the holiday. Even underwear. 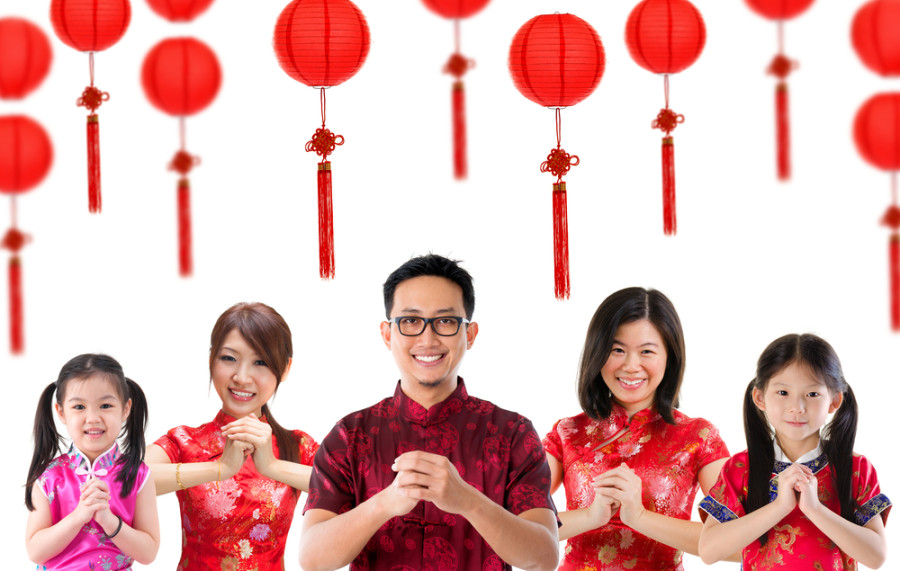 When Chinese New Year arrives, houses and businesses are covered red lanterns, stickers and banners that signify luck, happiness and prosperity. The decorations also usually consist of symbols with meanings relating to fortune or drawn depictions of the animal the New Year signifies. 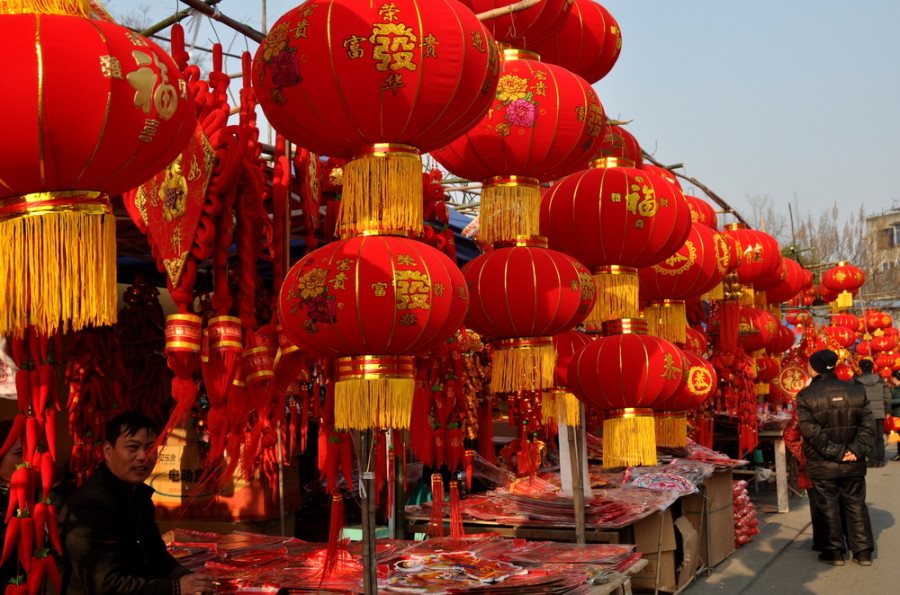 Firecrackers and fireworks aren’t just used to celebrate the arrival of the Chinese New Year. They are also used to scare away the half-lion, half-dragon monster “Nian” who comes out of slumber to attack children, devour livestock and eat crops throughout the Chinese New Year period. 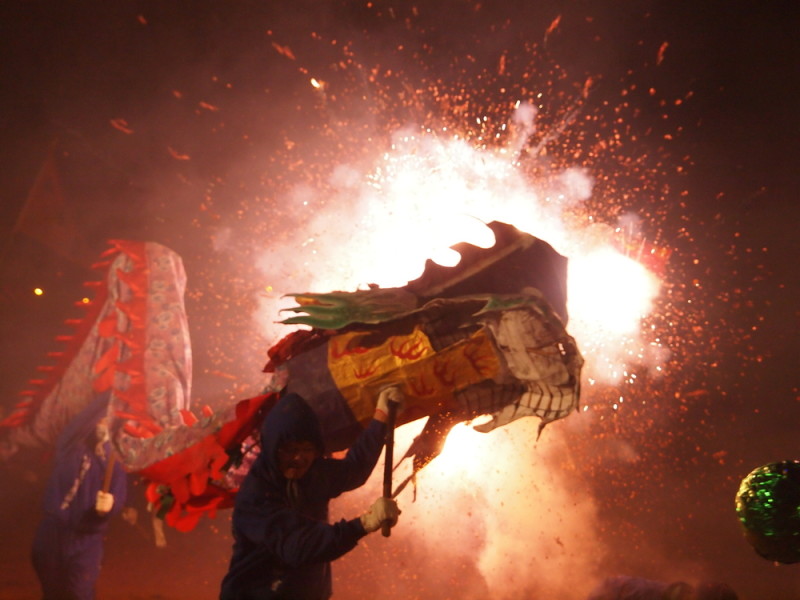 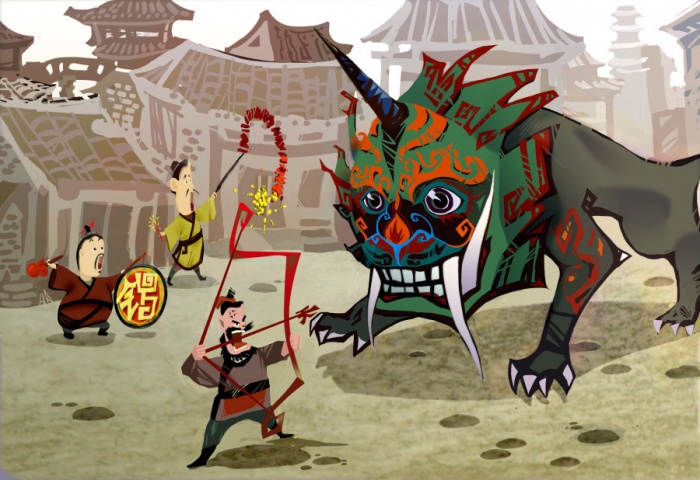 6. Why is red pocket money exchanged?

Instead of gifts, Chinese and certain Asian societies exchange luck money during weddings and holidays especially like Chinese New Year. The luck money is traditionally contained inside red pocket envelopes decorated with symbols and characters of luck and wealth.

Depending on the closeness of the relationship between the giver and the receiver, luck money can be in the form of coins, cash or even a hefty cheque with sums amounting to digits of 8. 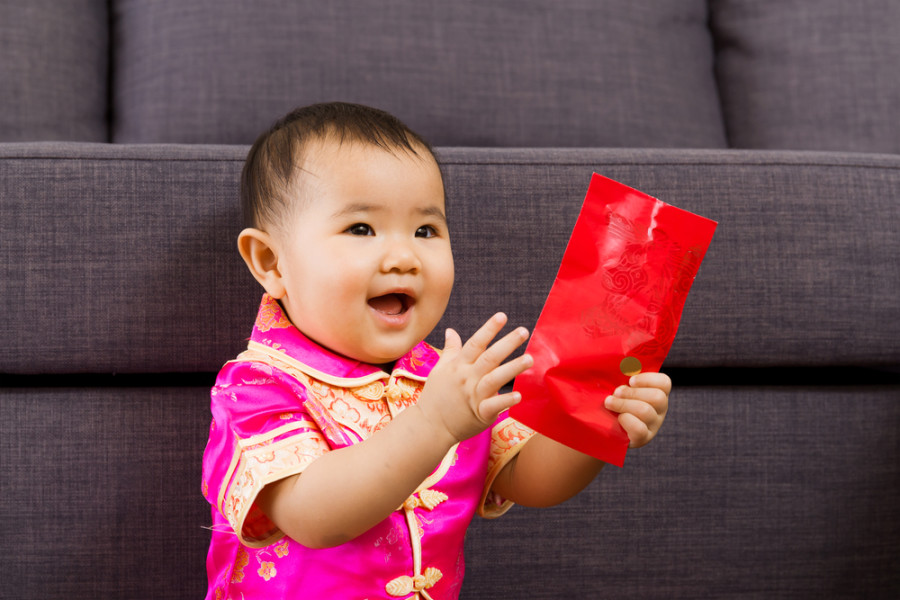 Basically everything about Chinese culture relates to good luck, prosperity and fortune. In the spirit of the season, even this list will have to stop at number 8, which sounds similar to the Chinese word that means “wealth” and “prosper.”

Eight is seen as an highly auspicious number, to the extent that a telephone number in China with eight 8’s (8888-8888) was sold for $280,000. In Vancouver, real estate developers and agents have also taken consideration the importance and appeal of condo units located on floors with the number eight.

7. The Lion Dance vs. The Dragon Dance.

The two types of dances are often confused, even though the Lion Dance is performed by a pair of dancers while a Dragon Dance features a team of approximately twelve dancers or more. 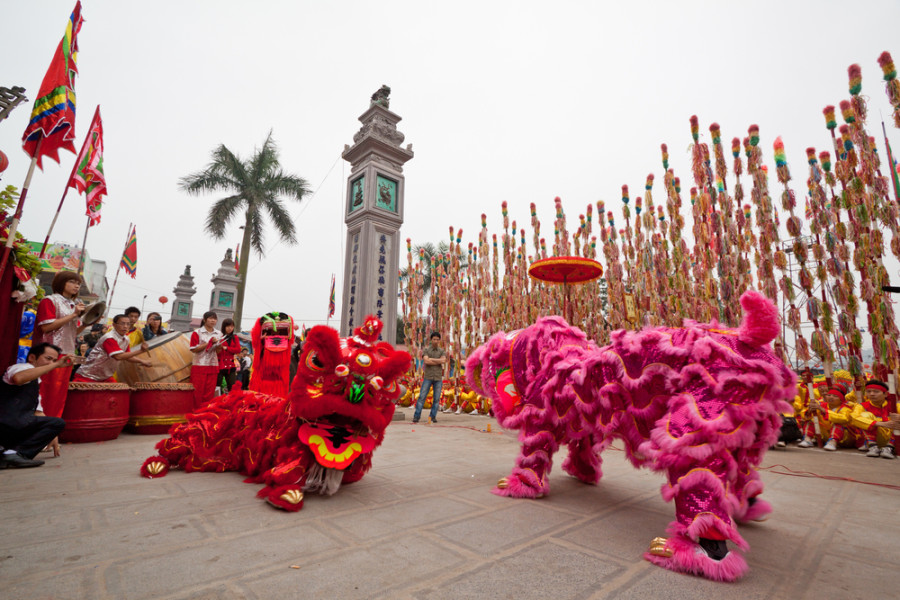 In a dragon dance, the performers can be seen since the long dragon prop is held upright with poles. However, in a lion dance the faces of the performers are usually not seen as they are inside the lion costume. Furthermore, a proper Lion Dance requires significantly more training as Chinese martial arts movements are involved.

Both dances are used as a symbol of auspiciousness, as symbols of strength and good luck, to indicate the opening of a new business or the start of the Chinese New Year. The dances are said to chase away ‘negative energies’ and scare away evil spirits that impede success. 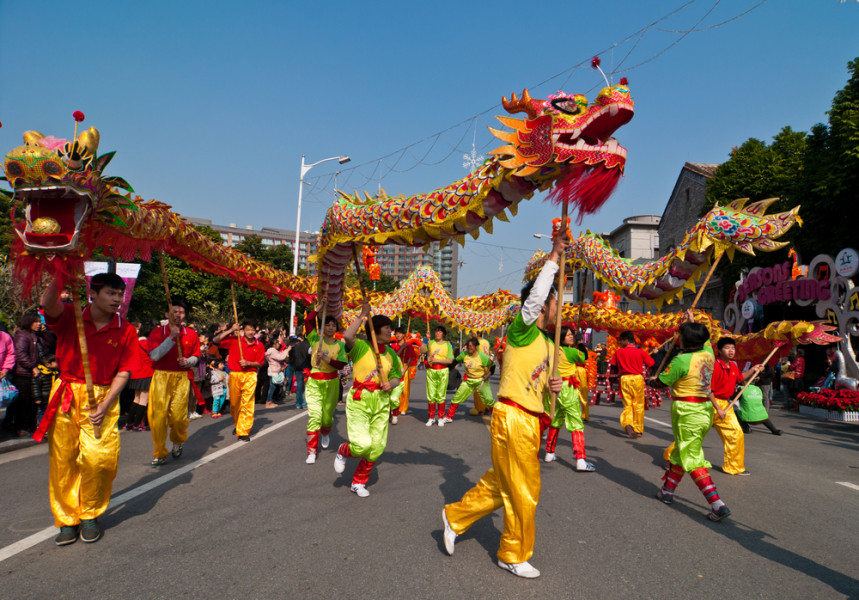 It goes without saying that food is a very major aspect of Chinese New Year celebrations and family gatherings. And yes, even certain foods are associated with luck and fortune: stick to eating dumplings, vegetables, meat, fish, and oranges for a prosperous 2014.

Eating dim sum is a great way to celebrate the New Year. It is a common Cantonese traditional morning breakfast that offers bite-sized food served in small dishes and bamboo steamers. If you haven’t had a taste of dim sum before, note that the local offerings in Vancouver and Richmond are among the best and most authentic in the world thanks to Vancouver’s high number of skilled Hong Kong dim sum chefs. 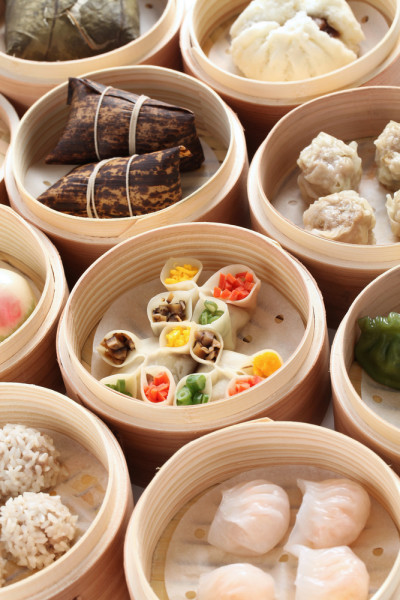