The luxury home market in Vancouver doesn’t seem to be affected by the recently announced Canada-wide recession, and RE/MAX largely attributes the hot market to foreign buyers.

Demand for homes priced at $3 million or more has spiked 79 per cent between January and July of this year in Vancouver and 61 per cent in Toronto, both because of foreign investment – in particular from China.

And according to RE/MAX, these investors are actually living in their homes.

“While there has been a lot of concern about foreign investors in Canada’s housing market, we’re seeing that the foreign buyers in our major luxury markets are living in their properties,” said Gurinder Sandhu, Executive Vice President, RE/MAX INTEGRA Ontario-Atlantic Canada Region in a statement.

“These buyers see Canada as a great place to live, invest and raise their families.”

In Calgary, however, demand for luxury homes seems to have slumped because of dropping oil prices. Sales of properties worth more than $1 million dropped 28 per cent over the last year.

Montreal does not appear to have a huge demand for foreign investors, nor is their luxury housing market booming. It has increased, but the market is flooded with homes, leading to softer prices. 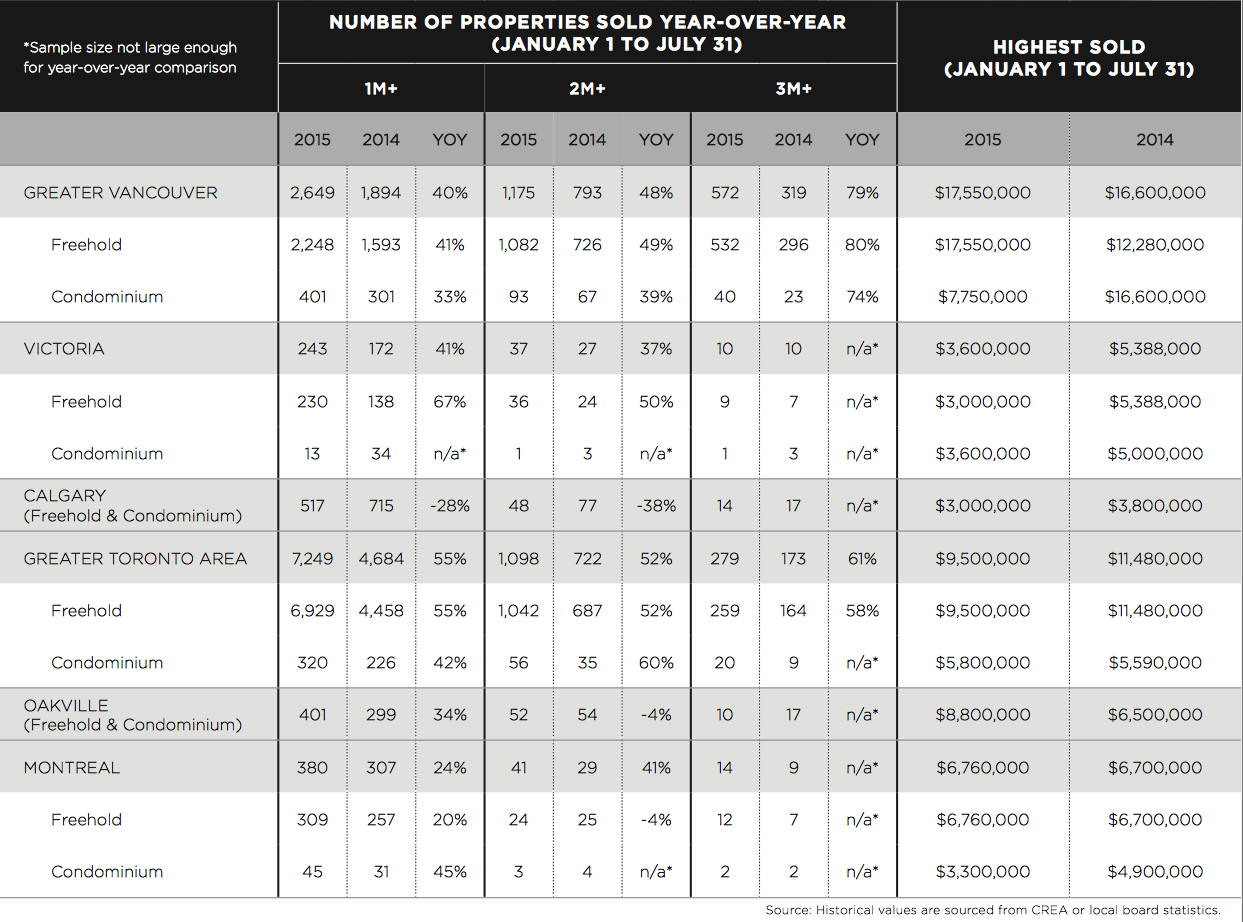 There has been major concern over foreign investment in Vancouver’s real estate market and even prompted Mayor Gregor Robertson to propose a possible speculation tax on it back in May. That was quashed by Christy Clark, who said she was worried about housing prices dropping.

Data is limited on what percentage of foreign buyers make up Vancouver’s housing market, but the British Columbia Real Estate Association said in a report that they don’t make up more than 5 per cent of the overall market. The association recommended that the provincial government look into the issue so we can establish some firm numbers.

Around 77 per cent of Vancouverites support an absentee homeowner tax, according to an Insights West poll.