A corn maze in New Brunswick is going viral after the owners shaped the field into a giant tribute to Canadian hero Terry Fox, but someone in our own backyard is doing the same and has been planning it for several years.

The Chilliwack Corn Maze’s design this year is a silhouette of Fox on his journey across Canada and has the words “Terry Fox 1980 – 2015” on one side and “35 years” on the other. The message refers to the anniversary of Terry Fox’s Run For Hope. 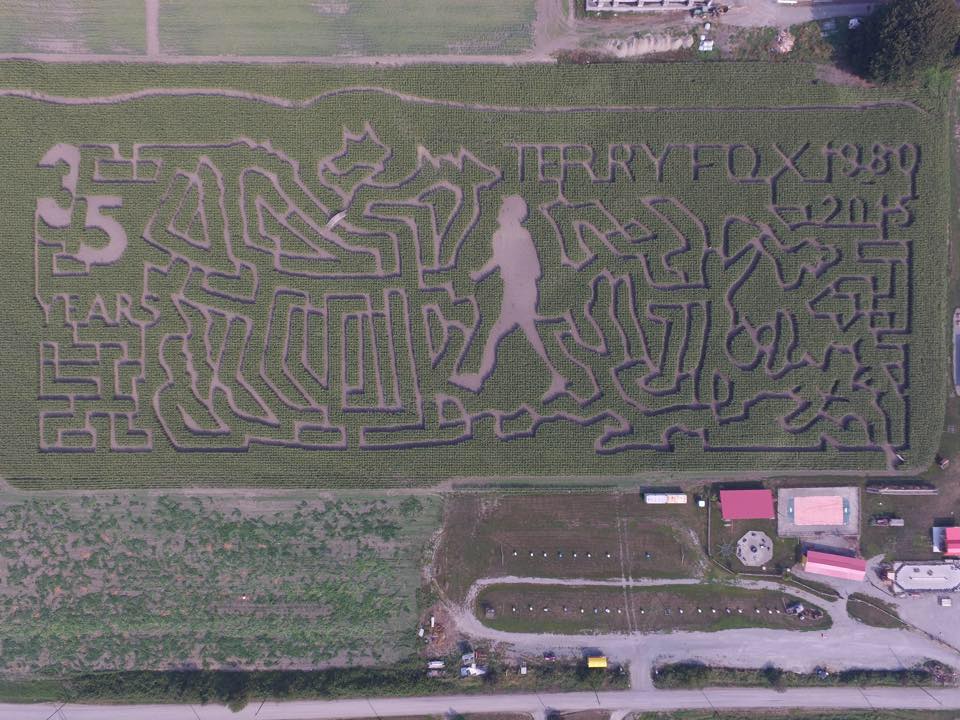 Bruinsma was surprised to learn that another corn maze had popped up with a Terry Fox tribute in a small town in New Brunswick, and she insists there are some key differences between that one and hers.

“We looked at it and it’s a great picture in the corn field but it’s not really a corn maze as far as I’m concerned because there’s no pathways. It’s just a picture of Terry in the corn,” she said.

Plus, the Chillwack Corn Maze has interactive aspects. Throughout the maze, there are numbered posts that tell you if you’re progressing properly, and each post has Terry Fox trivia attached to it.

“The questions are things like what year did he start his run and how many high schools are named after him and which hero of his did he meet on his run – which was Bobby Orr – So that’s, I think, really cool.”

She added that everyone gets an aerial shot of the design at the end of the course with more Terry Fox trivia on the back.

Every year the Chilliwack Corn Maze has a one day, by-donation entrance fee where all proceeds go towards a charity, and this year, the Terry Fox Foundation is the recipient.

Terry Fox lost his leg to cancer in 1977 when he was 18. In 1980, he decided to run a marathon every day across Canada from St. John’s, Newfoundland until he reached the West Coast. He ended up raising $24 million for charity when his journey was halted mid-way due to cancer in his lungs.

Fox died on June 28, 1981 at just 22 years old, but his foundation continues to raise money for cancer research – over $600 million to date.

Price: By donation – all proceeds go to the Terry Fox Foundation