Chilliwack RCMP are appealing to the public to help identify a suspect who might have car jacked a taxi.

On August 9 last year at around 3:30 a.m., a taxi driver told police he picked up a fare on the corner of William Street and Yale Road that was bound for Shaw Avenue. Upon arrival at the destination, the suspect allegedly produced a knife and ordered the driver out of the vehicle before driving off with the taxi.

The taxi company used the car’s GPD system to track the suspect, but when officers arrived at the location of the vehicle on Luckakuck Drive, it was abandoned under the railway overpass. A thorough search of the area turned up nothing.

Security camera footage canvassed from local businesses did, however, turn up an image of the suspect according to Constable Martin Godard.

The suspect is described as a caucasian male, around 25 years old, with short brown hair and wearing jeans, white shoes, and a grey Under Armour hoodie. 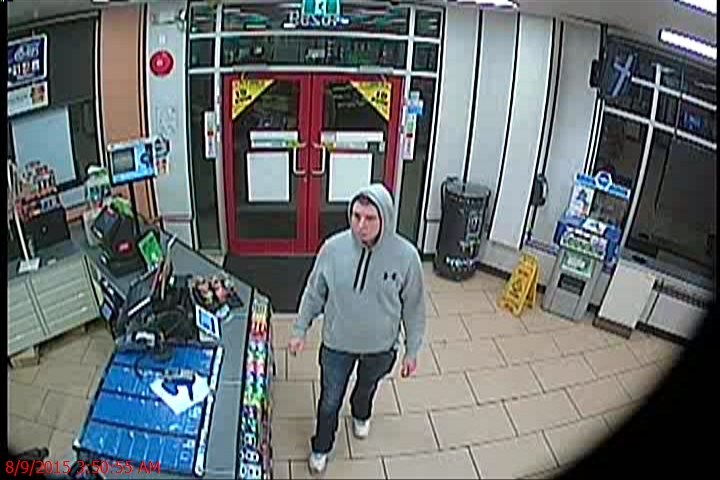