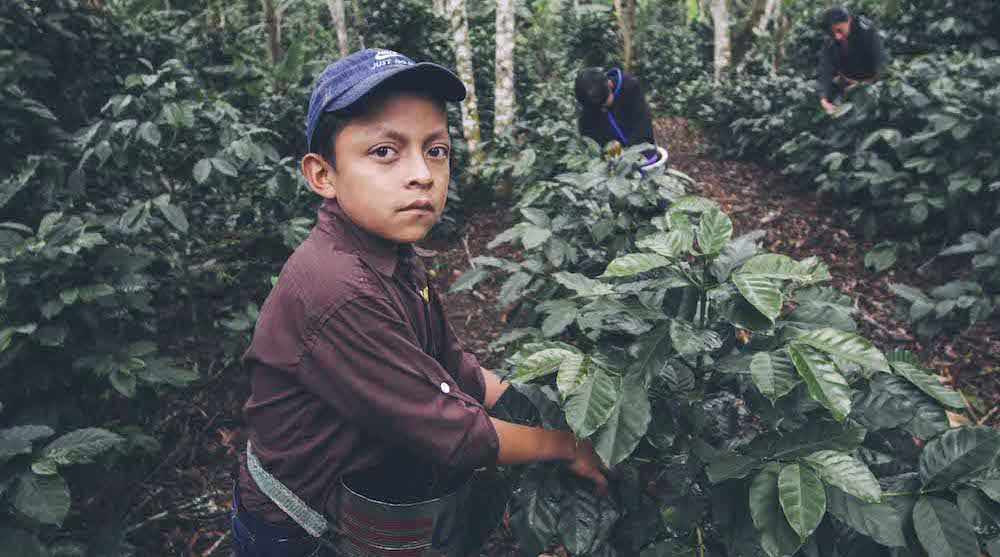 This 7-year-old doesn’t work on the big plantation yet, but harvests coffee on his parents’ farm. As bigger plantations cut down on child labour, smaller farms still use children to supplement the global supply chain. (Photo: Chelsea Maclachlan/World Vision)

Canadians are spending $34 billion on “risky product” imports, according to a report from World Vision, the global Christian humanitarian organization.

These products are part of a global child and forced labour problem, and that number has increased 31% over the past five years.

An estimated 85 million children suffer in dirty, dangerous and degrading work. In addition, 21 million people have been coerced, trapped and intimidated into performing jobs, which put their lives and futures at risk. Tragically, 5.5 million of these forced labourers are children.

In Canada, the risky product imports include palm oil from Indonesia, coffee from the Dominican Republic, tomatoes from Mexico, and garments from Bangladesh. 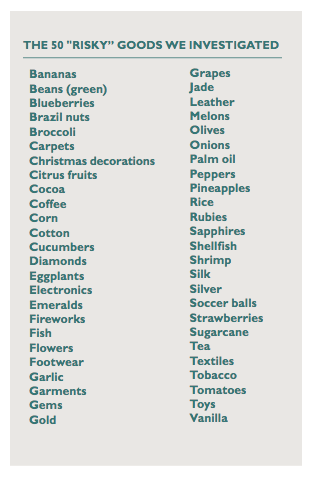 “After visiting children around the world, I can say with conviction that child labour is also a Canadian problem,” said Michael Messenger, president of World Vision Canada in a press release. “Canada imports products we use every day that have a high risk of child labour attached to them. There are at least 1,200 Canadian companies importing up to $34-billion in goods that may have been made by child or forced labourers overseas.”

And most Canadians care about the issue of child labour, and demand action from the government.

According to the Wold Vision report, new Ipsos data confirms that 84% of Canadians are frustrated by how difficult it is to determine where products are made, and by whom. And 91% of Canadians agree that the government should be requiring companies to make public reports regarding their products and what is being done to reduce child labour in their chains.

“Consumers, companies and governments should all play a part in addressing Canadian links to child labour,” said Messenger. “While we put pressure on other governments to eliminate child labour from their own countries, we put little pressure on the Canadian companies that source from these places to try to ensure kids aren’t part of their supply chains. And that creates a gap where children are still working. We can join other nations in putting in place minimum requirements that allow consumers to make informed choices that can prompt real action for exploited children.” 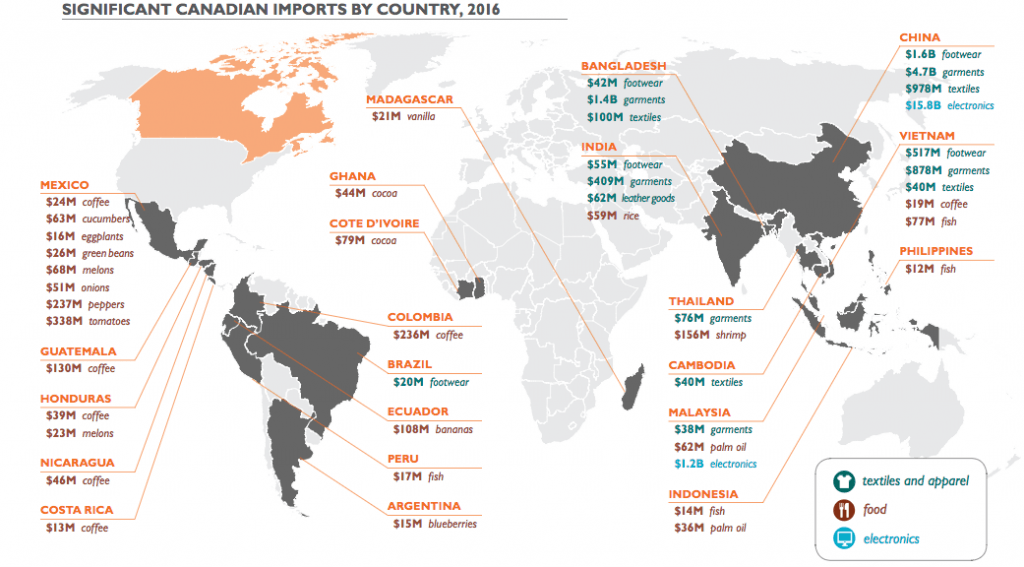 Globally, four significant jurisdictions have passed legislation to address “modern slavery and/or child labour” in their chains, this includes the UK, the state of California, the Netherlands, and France. The laws require companies to post comprehensive statements outlining the steps they have taken to address child and forced labour in their supply chains.

World Vision says that Canadians continue to import goods produced by children, and people who were forced into labour, and while there are no simple solutions to this global problem, Canadian companies, consumers, and government “can work together toward comprehensive solutions to eliminate labour that exploits children and enslaves people of all ages.”

“It’s time for Canada to join the global movement to address child and forced labour in global supply chains,” concludes the report.