Those in downtown Vancouver will soon be able to get their hands on some delicious Mediterranean-inspired fare.

Chickpea food truck, a four-wheeled mobile eatery owned and operated by Rotem Tal and Itamar Shani will be parked at a secured spot of 884 Cordova Street starting April 25. 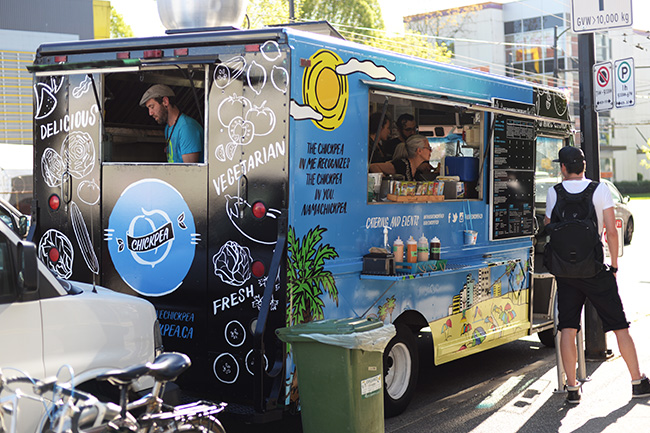 Until then, the brightly-coloured food truck will be roaming around the city, making scheduled stops at various brewery tasting rooms and markets. Check Chickpea’s Twitter feed to find out exactly where they’ll be. 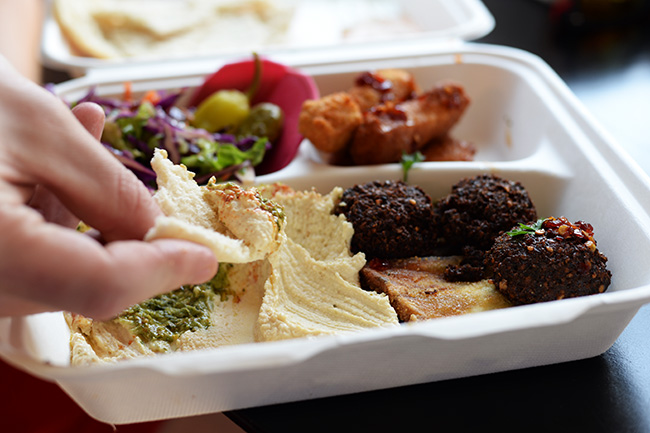 The truck, which officially hit the road on Saturday, April 9 offers a range of fresh, spicy, homemade flavours of the Mediterranean. Committed to crafting an all-local, vegetarian menu, Chickpea’s meatless options take their cue from Israel, where Tal and Shani both hail from. 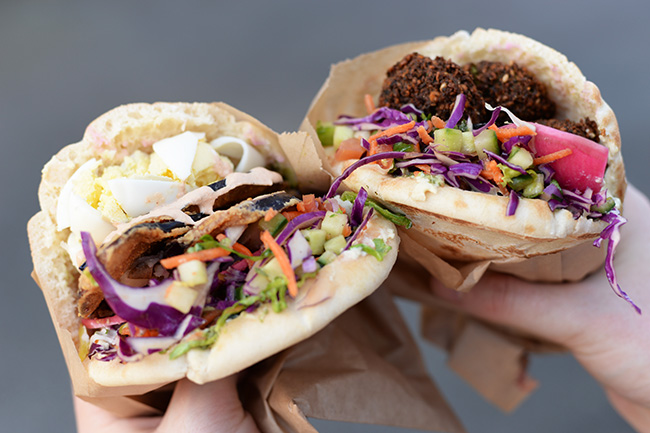 With a menu dedicated to comforting vegetarian eats and Israeli staples, customers who visit Chickpea will find–you guessed it–freshly made falafel (ordered in a pita or as part of a platter), hummus, shakshuka (a tangy tomato and egg dish), and sabich (eggplant sandwich), among other dishes. 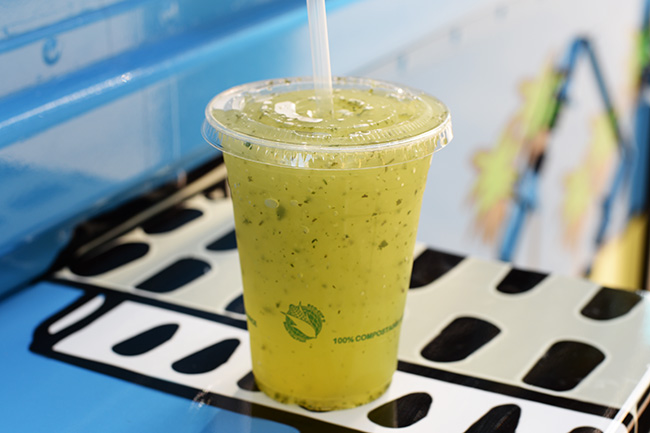 Most of the ingredients used by this rolling eatery are organic and all of the dishes offered can be made gluten-free and/or vegan. 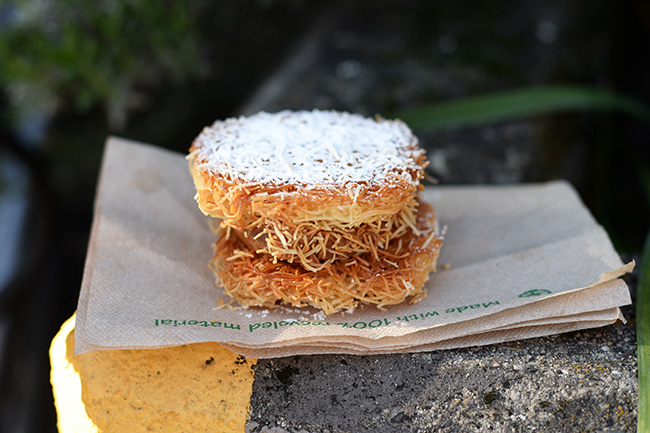 There’s also dessert, which comes in the form of a Porcupine Cookie, a scrumptious treat comprised of a thick spread of homemade Dulce-de-Leche sandwiched between crispy Kataifi dough. 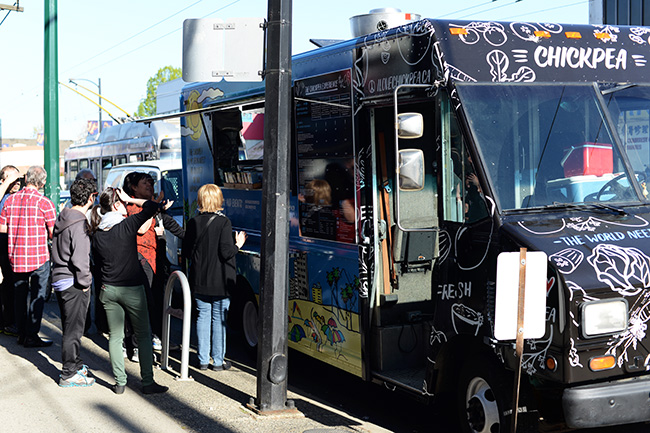 As of April 25, the Chickpea food truck will be open Monday to Friday from 10:30 a.m. to 3 p.m. For further information and updates check out Chickpea’s Facebook page.