This is a gold-medal winning chocolate. 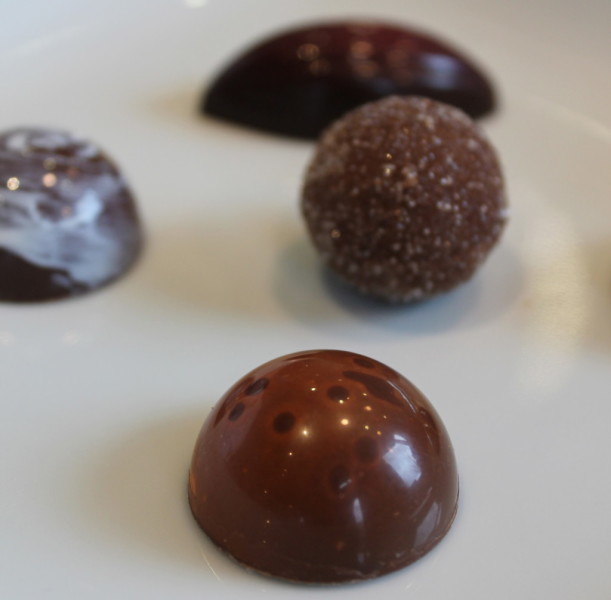 Its creator, Christophe Bonzon, has been making quite the name for himself since opening Chez Christophe Chocolaterie Patisserie in Burnaby Heights in March of this year.

A classically trained French pastry chef, Christophe spent time learning and then plying his trade in Switzerland, France and Perth, eventually ending up in Canada in 2011, and taking over for Chef Theirry at CinCin when he left to open Theirry. But it had always been his goal to have his own Patisserie – and on March 12, 2013, that dream became a reality. 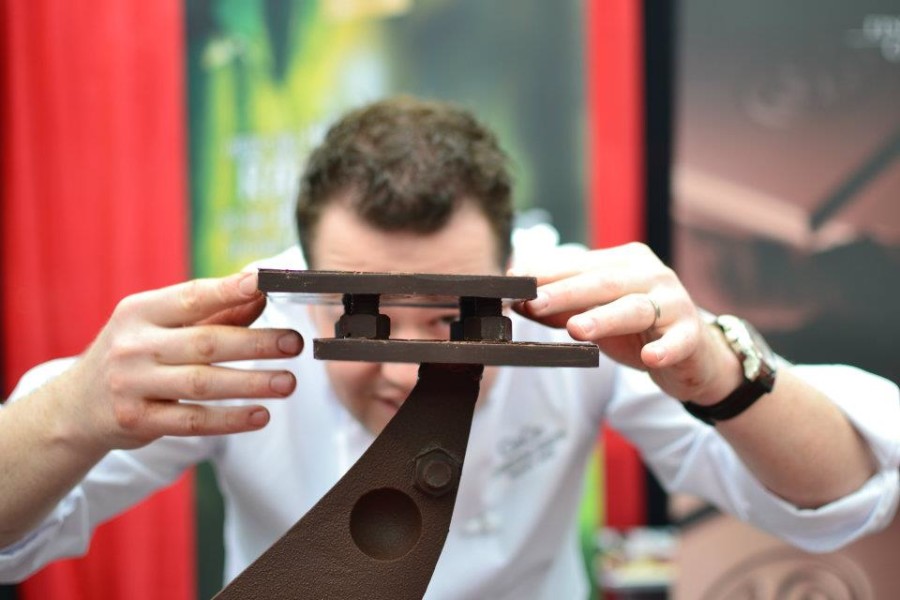 Chez Christophe Chocolaterie Patisserie is located in a new development, and Christophe was able to design the space from the ground up. The front features a pastry cabinet and bar-style seating where you can enjoy a coffee and croissant. In the back is a tiny kitchen, and an even smaller chocolate room, but large windows allow patrons to watch the process.

He sells three main things: croissants, french pastry and hand-crafted, artisan chocolates. Everything, including all the fillings, is made from scratch, in-house and is sourced locally and organic if possible. The chocolate which forms the base of many of his creations is imported from Switzerland, and he is the first to import this particular kind to Canada. The gold medal he recently won says his hunch paid off. 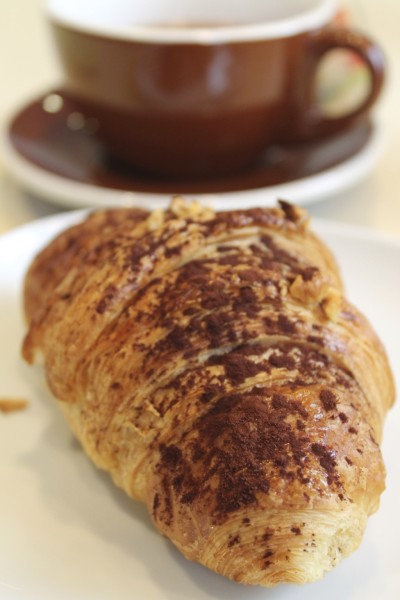 There are four or five different kinds of croissants, from plain to the pain au chocolate, which tastes like a hedgehog wrapped in croissant dough, to the pecan maple syrup version, which is twice-baked. Rather than piping the filling in, he takes a baked croissant, slices it in half, adds his pecan maple syrup filling, and bakes it again, creating a delicious croissant-wich.

He also uses the basic croissant dough in a savoury application, to make something called a flute. It’s the french version of a breadstick, and is eaten as a late-afternoon snack with a glass of wine. There are two varieties: sea salt and parmesan rosemary. They are crispy and full of butter and melt-in-your-mouth delicious. 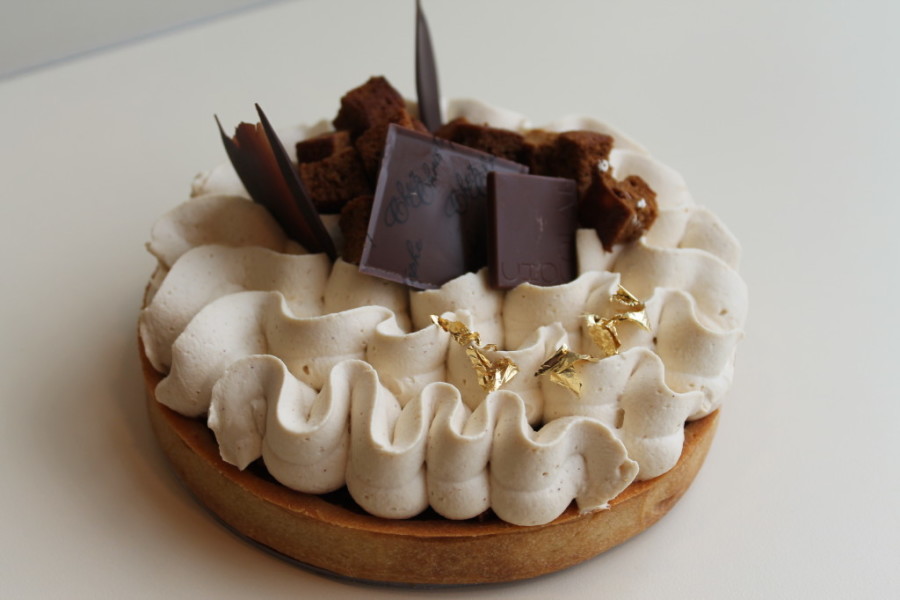 House pastry specialties include a pumpkin tarte, garnished with Dulcey (a caramelized white chocolate) whipped cream, gingerbread and gold leaf. He made it for thanksgiving, but it’s been such a hit, he’s keeping it until Christmas. There are also mousses, eclairs (his a chestnut version), and a chocolate pear in filo pastry. He also makes at least a half a dozen varieties of macarons, including all the popular flavours: chocolate, vanilla, caramel, and maple pecan, but he also colours outside the lines with pineapple avocado, and my personal favourite, olive oil and balsamic.

Finally, there are the chocolates. The gold-medal winning one is a milk-chocolate shell with a mango filling, but there are lots of other taste-bud winning combinations, like pepper and pear, citron and thyme, coconut and passionfruit, and my favourite, raspberry and Kalamansi (a citrus fruit from the Philippines that has a yuzu-like flavour). For Christmas, he is doing a cinnamon (canelle) truffle, which was also one of my favourite things. He is also building special chocolate sculptures: snowmen and bears, made entirely of chocolate and garnished in incredibly creative ways.

Take a classically-trained chef who is incredibly passionate about his work, add high-quality, fresh ingredients, and you have a recipe for success. And a gold medal.