If you, like me, have lined up on the weekend to get your weekly chicken ‘n’ waffles on the corner of 1st and Yew, then I have some good news for you.

Chewie’s Oysters has just opened up a second location in the old Miku location in Coal Harbour, effectively doubling their seating capacity. The Kits location seats 66, and the new location seats 120 plus another 97 on the patio when the weather gets warm. 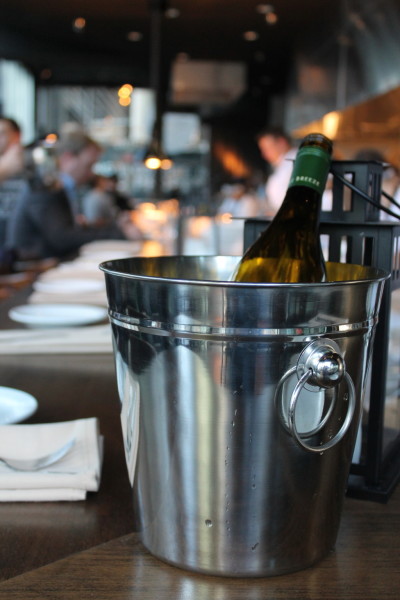 The room is all dark wood, high ceilings and massive windows, making it feel open and airy and warm at the same time. An open kitchen takes up most of the centre of the restaurant, and there is bar seating available so you can hang out and get dinner and a show. In the back, there’s a bar area with high-tops, or you can sit at the oyster bar and watch the shuckers do their thing.

“In New Orleans, it’s all about the people, the food, and the music,” says owner Richard Chew. “I wanted to create a place that had that neighbourhood feel, and spicy, simple, rustic, really delicious food.”

Clearly, he’s doing something right. Chewie’s Kits location celebrates its second anniversary in a couple of weeks, in a town where 75 per cent of restaurants, on average, fail in their first year. 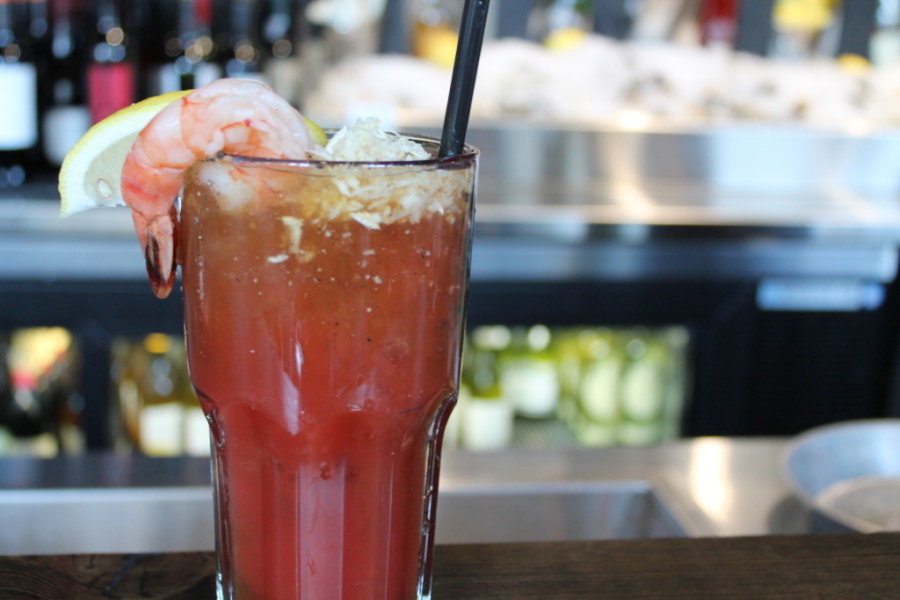 You’ll find the same menu items you know and love here. First off, there’s the Muddy Caesar–perfect for curing what ails you (read: hair of the dog), with worcestershire, and tons of grated horseradish, garnished with a prawn. 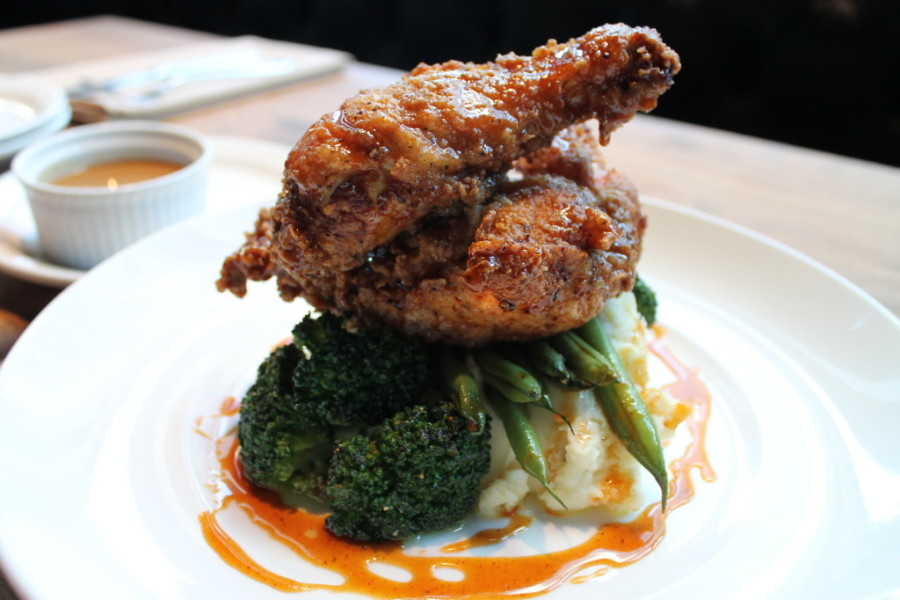 In terms of the menu, it’s all about southern comfort food–stuff that sticks to your ribs and fills your soul. There’s fried chicken, golden and crispy on the outside, juicy and melt-in-your-mouth on the inside. It comes perched on a bed of buttermilk mashed potatoes and Haricot vert, with a honey glaze. 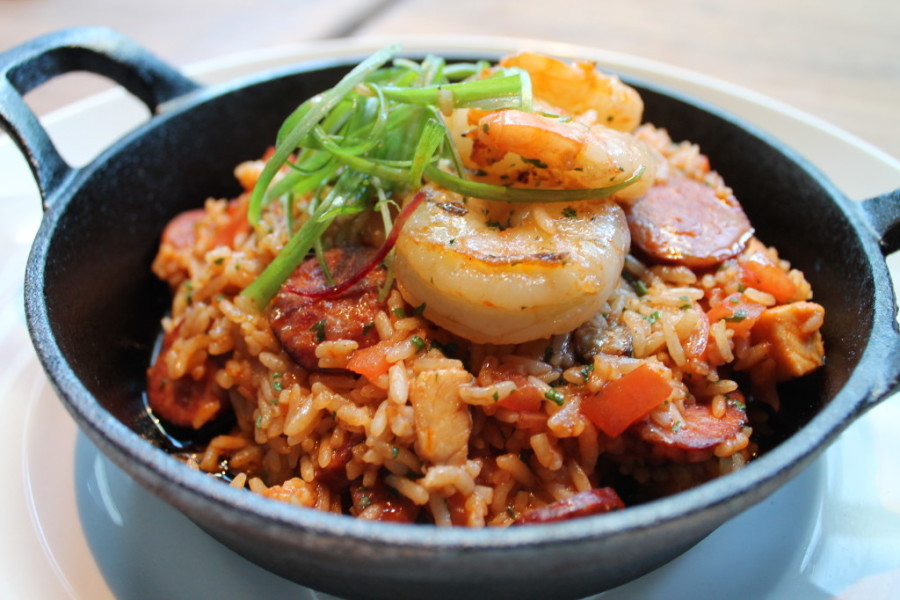 Then there’s shrimp and grits, creamy and sweet, and Jambalaya, with dirty rice and chunks of spicy andouille sausage. 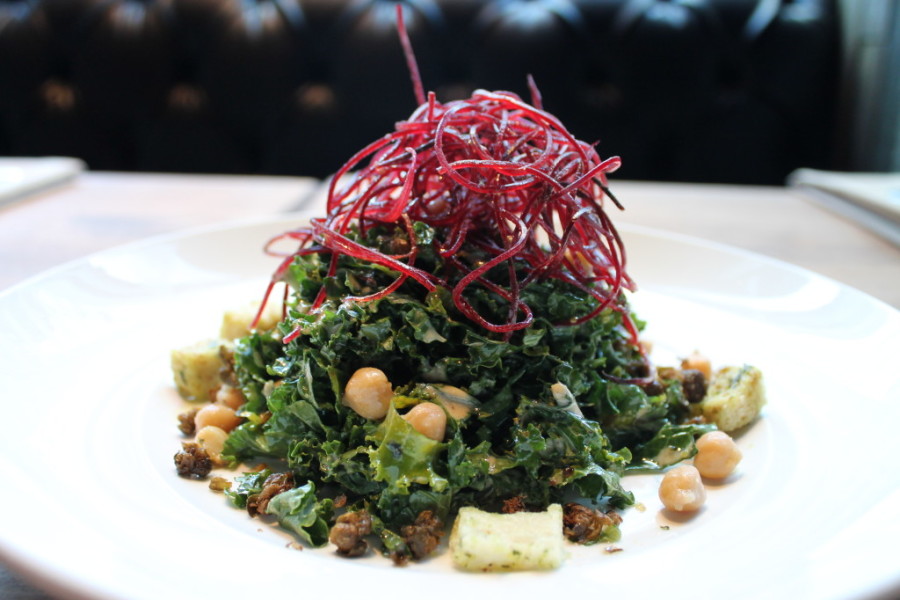 For the herbivores amongst you, the kale salad with fried capers, chickpeas, croutons, and house-made lemon-garlic dressing is a dream. I couldn’t stop eating it. 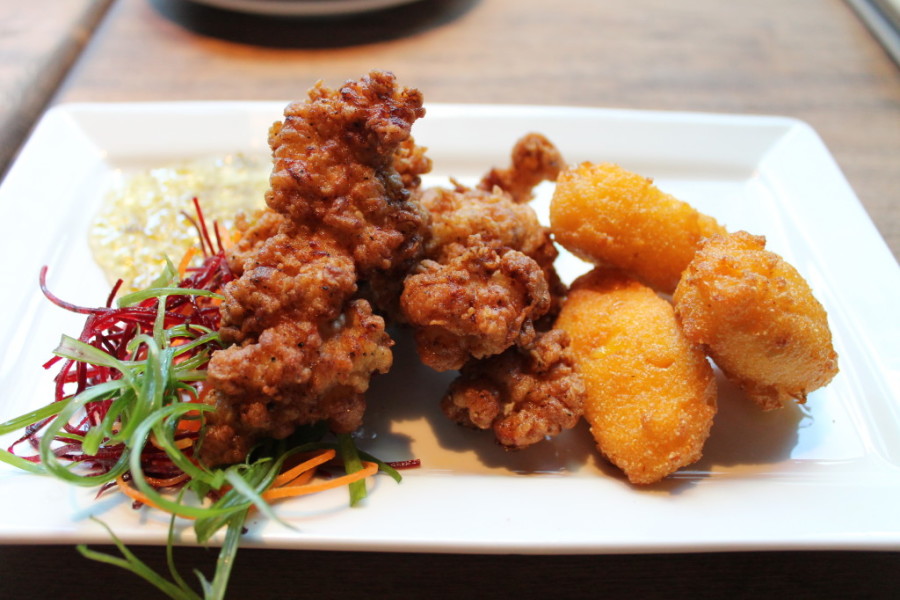 For the adventurous amongst you, there’s alligator. Yup, alligator. Buttermilk-soaked, chicken-fried alligator with hush puppies (I could make a meal of those alone) and a jalapeño jam. If you’ve never had gator before (like me), but you like squid or cuttlefish, I’d suggest you try it. It’s pretty addictive. 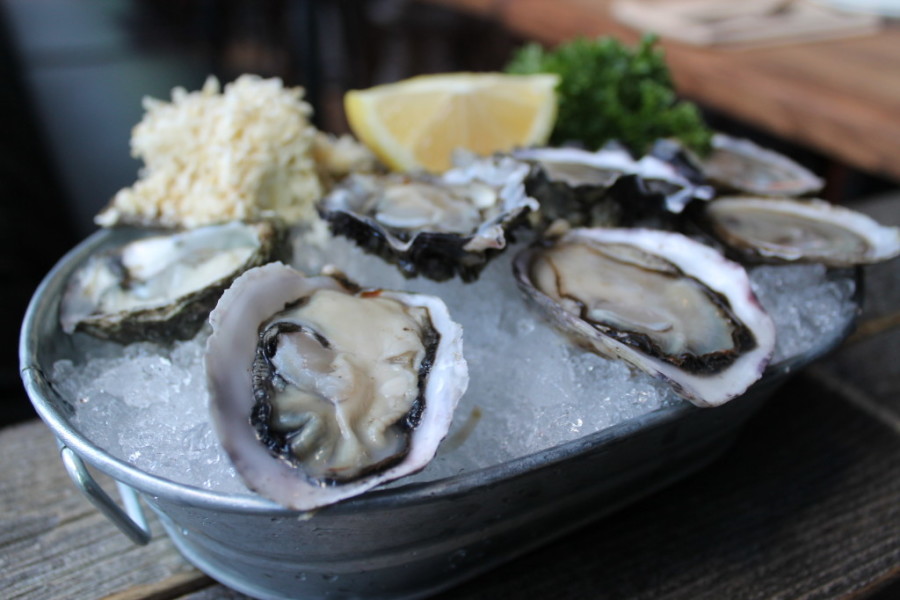 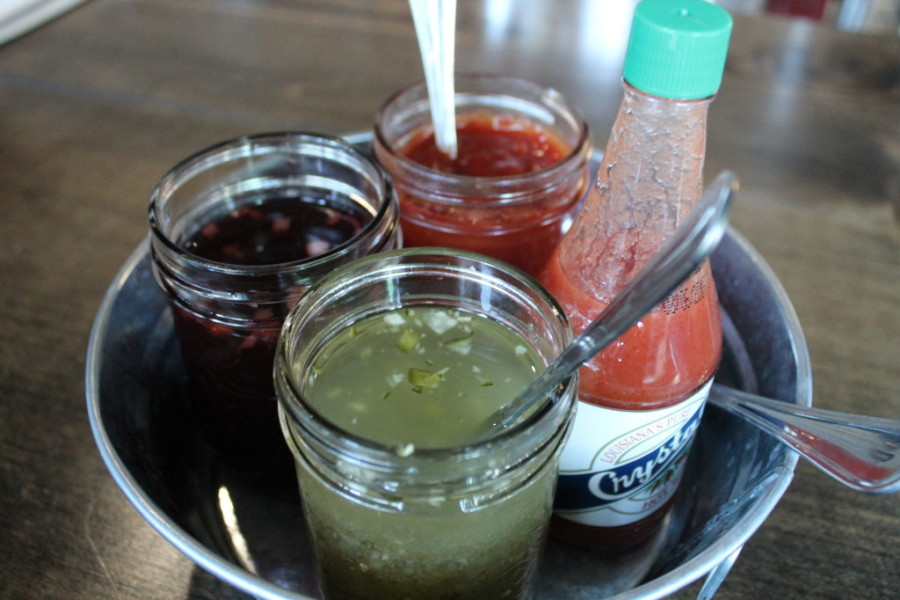 And then, there’s the oysters. Depending on what’s in season, you can get a mix of bivalves from all up and down our Pacific coast–as far away as Washington state, and as close as the Gulf Islands. The oysters come with four different condiments: Crystal Louisiana Hot Sauce that Chew imports specially, a standard red wine and shallot mignonette, “hogwash,” a refreshing concoction of jalapeño, cucumber and mint and finally your standard cocktail sauce, all house-made. For the purists amongst you, the oysters also come with a wedge of lemon. 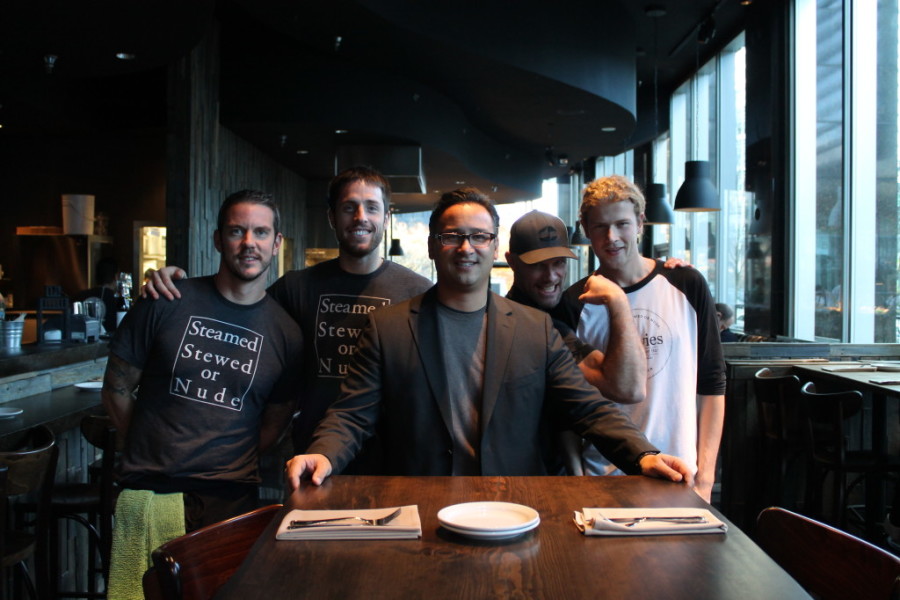 Richard Chew and “the guys”

One can’t talk about Chewie’s without mentioning the service. The primarily-male wait staff, headed up by Charles Zuckermann (who also manages their social media), dressed in their “Steamed, Stewed or Nude” t-shirts, are a big part of Chewie’s success. These are nice guys. Guy’s guys. The kind of guys most dudes would hang out with on Friday nights and drink beer and watch hockey with, and most gals wouldn’t have a problem with taking home to mom. If you’re a single, this is a great place to sit at the bar, because you’ll be well taken-care of and you’ll have a fun time. There is a kind of cheekiness to the service here that makes it fun, and keeps you coming back for more.

Brunch is not yet available, but will start in the next few weeks.

It’s less of a restaurant and more of a neighbourhood joint. And, like the city that inspired it, Chewie’s is just easy.