There were originally four contestants from B.C., but they slowly got eliminated leaving just Matt, who is the Product Development Chef for Cactus Club. Cactus Club Cafe went all out for the finale viewing party, opening up the 600-seat Coal Harbour venue for the private party, and (literally) rolling out the red carpet. They served watermelon margaritas and Cactus Club favourites like the Goat Cheese Flatbread, Ceviche, Spicy Chicken bites and, my favorite, Tuna Sushi Cones. While the show was broadcasting, we got to enjoy recipes that Chef Matt had created for his Top Chef challenges: the Curry Cauliflower Soup (from episode 6, Lisa’s Bridal Shower), the Maple Leaf Slider (from episode 7, Our New National Dish), and the Roasted Banana and Tapioca Pudding (from episode 9, when they went to the zoo). 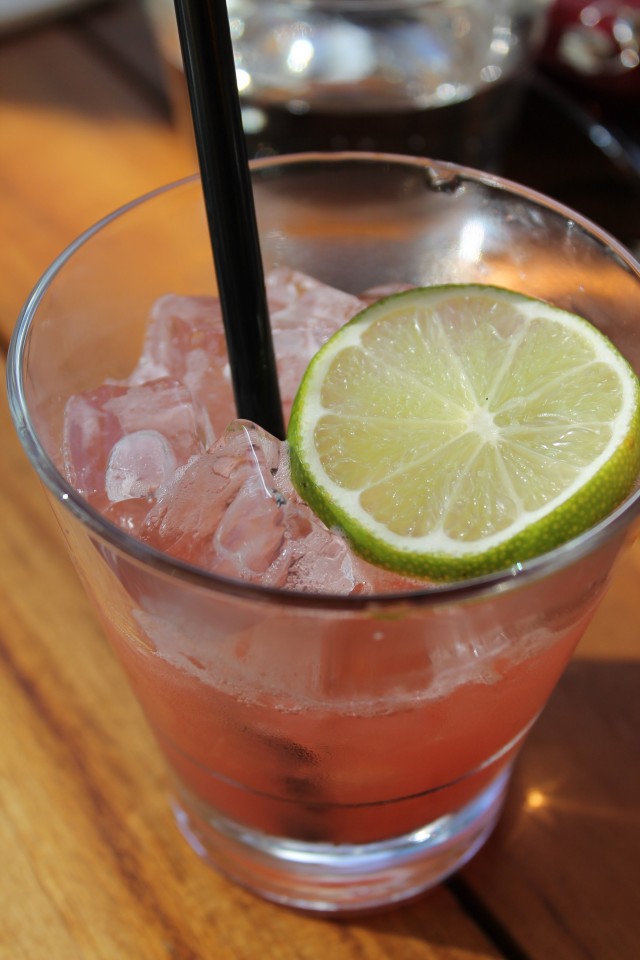 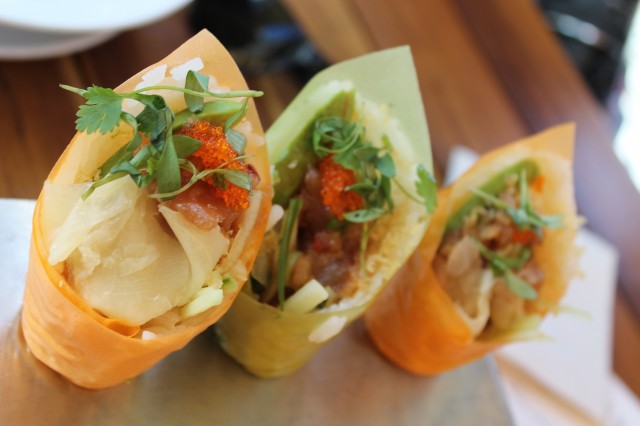 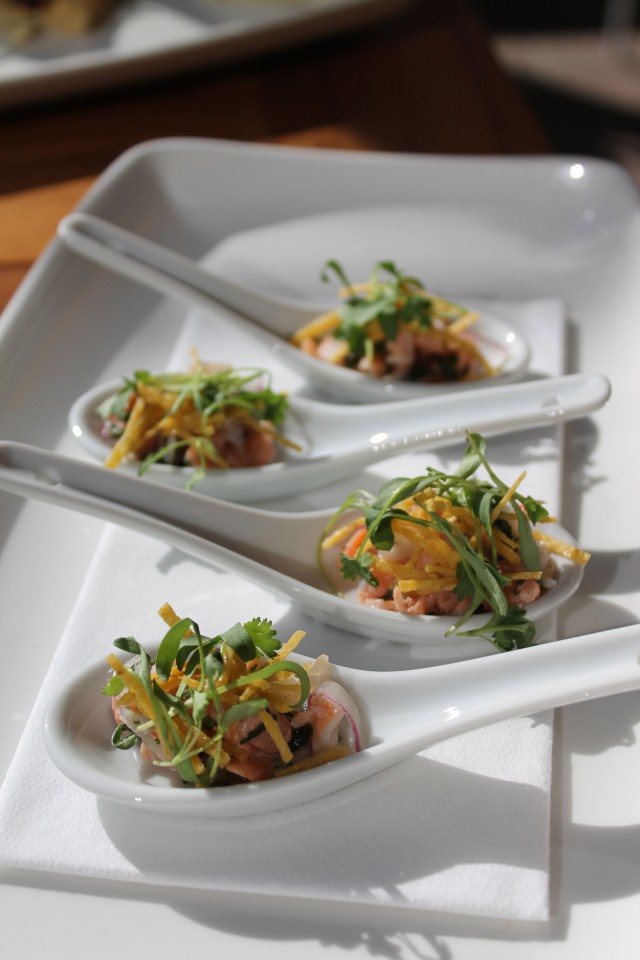 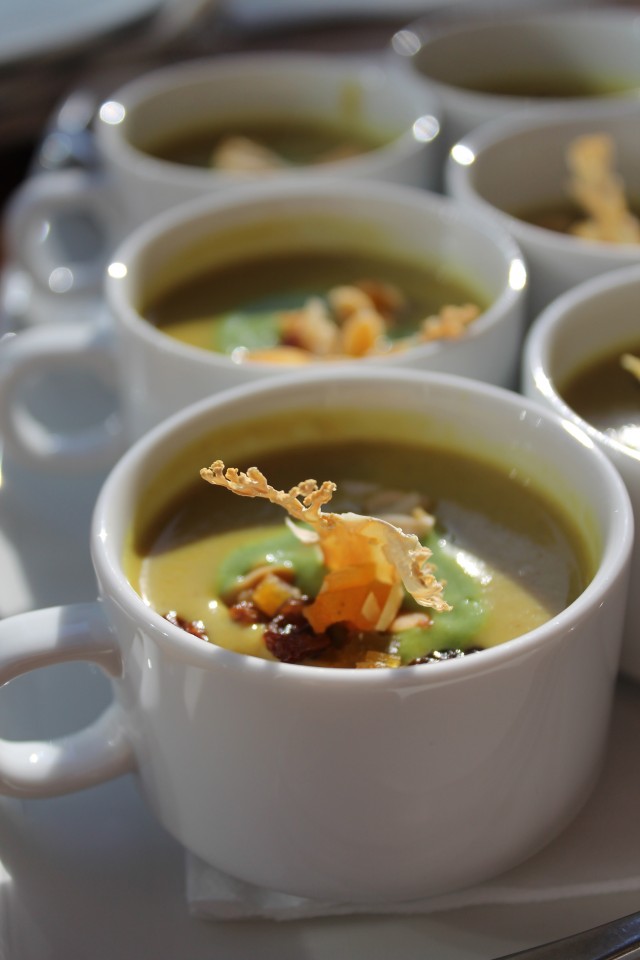 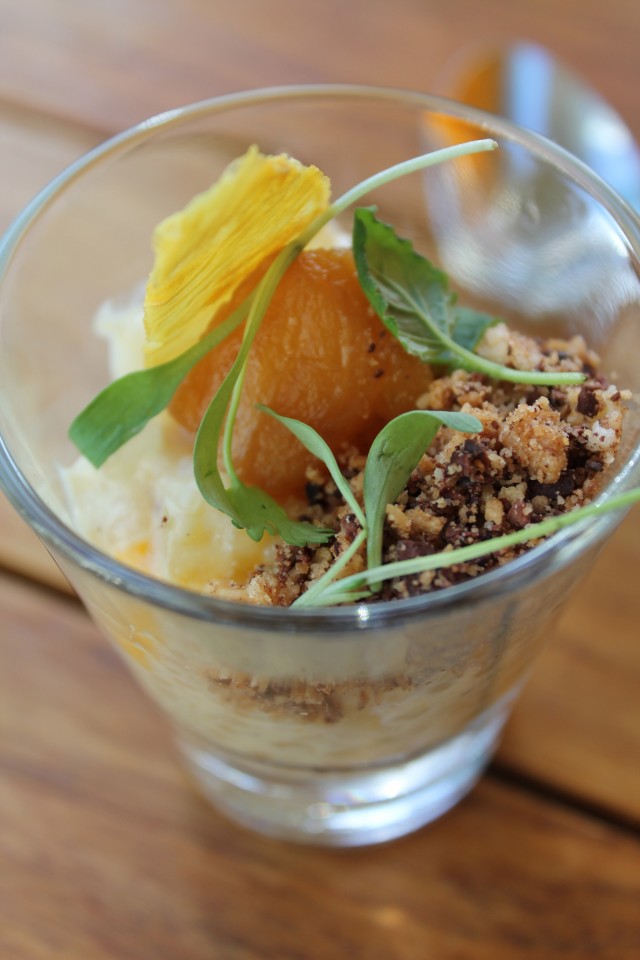 The episode starts with the remaining 3 contestants, Jonathan Goodyear, Danny “Smiles” Francis and Matt, all in Calgary. Their quickfire challenge is to create two dishes in a food truck, but it’s a “high stakes” quickfire–only two will go on to the finale. Jonathan is eliminated.

Matt and Danny’s final challenge is to cook a five-course meal for the judges–a meal that puts their heart on a plate–that shows who they are as a chef. They are told that their past performance won’t come into play (which worries a lot of people in the crowd, as, until last week, Matt had done very well, winning many challenges and never being on the bottom), but they will be judged on the basis of the meal alone, and the creator of the best meal will become Top Chef. The guest judges include Jann Arden and Connie DeSousa (runner-up, Season 1). 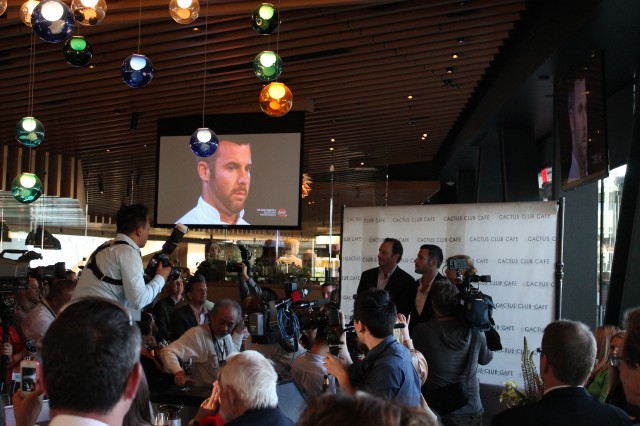 After they two chefs had cooked and presented, and the judging was over, the tension in the room was very thick as the show came back from commercial. Matt and his wife Amber, along with their son, Gavin, and Richard Jaffray, owner of Cactus Club, were all assembled on a stage, in front of them, hordes of cameras. I honestly felt like I couldn’t breathe–I couldn’t imagine how Matt was feeling at that moment. When they announced Matt was the winner, the entire room erupted in shouts and applause. 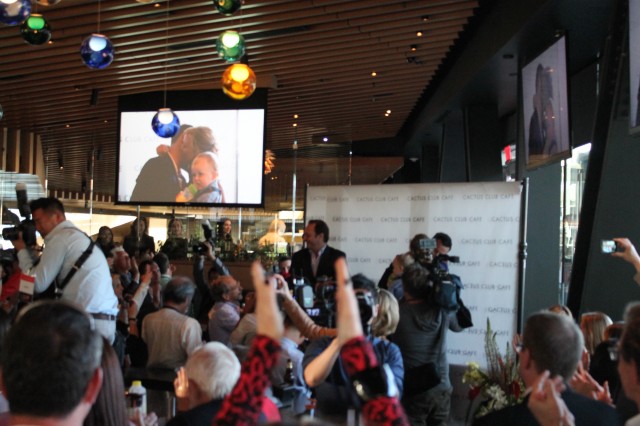 I’ve had the chance to get to know Matt a little over the past few weeks. I first interviewed him for Vancity Buzz in April, and I feel like it couldn’t have happened to a nicer guy. A passionate chef, Matt has been in the kitchen since he was 16, and that work and dedication is paying off.

But for me, the real hero of this story is Matt’s wife, Amber. In order for Matt to compete, he had to leave Amber and Gavin (who turned one while he was away) for eight weeks. In addition, Amber got sick shortly after he left, a terrible Norwalk-type virus that left her hardly able to stand. Family stepped in to help, but Amber didn’t want to let Matt know about the extent of what was happening at home, because she wanted him to concentrate on the competion.

For the finale, Top Chef flew Amber and Gavin and Danny Smiles’ girlfriend to Calgary, but they didn’t tell Matt or Danny. They sat in a holding room, waiting for several hours while the cooking and judging took place. They were told that once a winner was selected, one of them would be taken up. When they told Amber she could go up, she asked, “does this mean what I think it means?”

She had to wait with Gavin behind a curtain while the judges announced the winner, and she had to keep Gavin silent, otherwise Matt would hear him and know. Later, after Lisa Rey announced Matt as Top Chef, they revealed Amber and Gavin, and their touching family renuion. Gavin had just learned to walk about a week before, and Matt got to see his son walk for the first time.

Throughout the night, both on the show and in person, Matt mentioned many times how important his family was to him, and thanked Amber for her love and support, which helped him to win Top Chef Canada.