Airplane food may be getting a little bit tastier.

Air Canada has announced a partnership with award-winning Canadian Chef Antonio Park who will create “destination inspired meals” that will be featured exclusively on flights to Asian and South America.

According to the statement, Chef Park’s menu will complement Chef Hawksworth’s and “will guide Air Canada’s flight caterers in creating a selection of meal options on international flights, starting with Montreal-Tokyo-Narita, a route that links two cities Park has called home.” 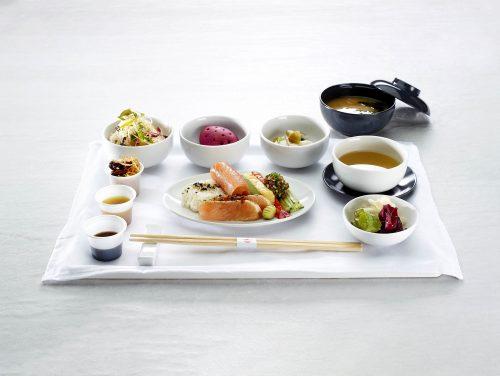 “It’s a blessing and an honour to partner with Air Canada. I’m extremely proud and humbled to be sharing my food with Air Canada’s customers flying at 30,000 feet beginning with the Montreal to Tokyo–Narita flight,” Park said, in a statement. “It is the perfect opportunity to use Canadian ingredients and Japanese techniques, marrying the two to enhance the onboard experience. The future of this world is education and you have to share your knowledge. This is a new chapter for the PARK restaurant family and myself. Thank you, Air Canada, for making a dream come true. Bon Appétit!”

Chef Park’s menu at 30,000 feet is effective on board as of today, on flights between Montreal and Tokyo-Narita. Meals on flights from Montreal to Sao Paulo are slated to begin in the fall.

Starting in 2020, Park’s meals will be available on flights to Hong Kong, Seoul, Beijing, Shanghai, Taipei, Sao Paulo (from Toronto), Santiago, and Buenos Aires, and seasonal flights from Calgary to Tokyo–Narita and Vancouver to Osaka.

Park’s options will be available in Signature, Premium Economy, and Economy Class on all flights from Canada to Japan and exclusively in Signature Class on all other flights departing Canada to Asia and South America, in addition to other options created by Chef Hawksworth.

Park has worked in Japan, New York, Toronto, and Montreal before opening his first restaurant, Park, in Westmount in 2012.

Having been recognized by the World’s 50 Best and ranked on Canada’s 100 Best list for consecutive years, the Chopped Canada judge “strives to promote the Canadian culinary scene by working with Chefs across the country.”