A group of SFU students have banded together to create Canada’s first automated homebrewing machine – the Keurig of craft beer.

The team of business and mechatronics students says the “Brewstr” will allow craft beer enthusiasts that lack knowledge and equipment to brew high quality beer and ciders.

Through an app on their cellphone, the “brewer” controls the taste aspect, while the machine’s software does the rest – even learning the brewer’s tastes over time.

One of the students, Ryan Lymburner – also a craft beer enthusiast – says he got the idea when he tried homebrewing and found the process simple, but tedious and messy.

“A lot of people have tried and stopped homebrewing because it is knowledge-intensive,” said Lymburner in a release. “There’s a learning curve, it requires costly special equipment, and a lot of trial and error to get the right taste.” 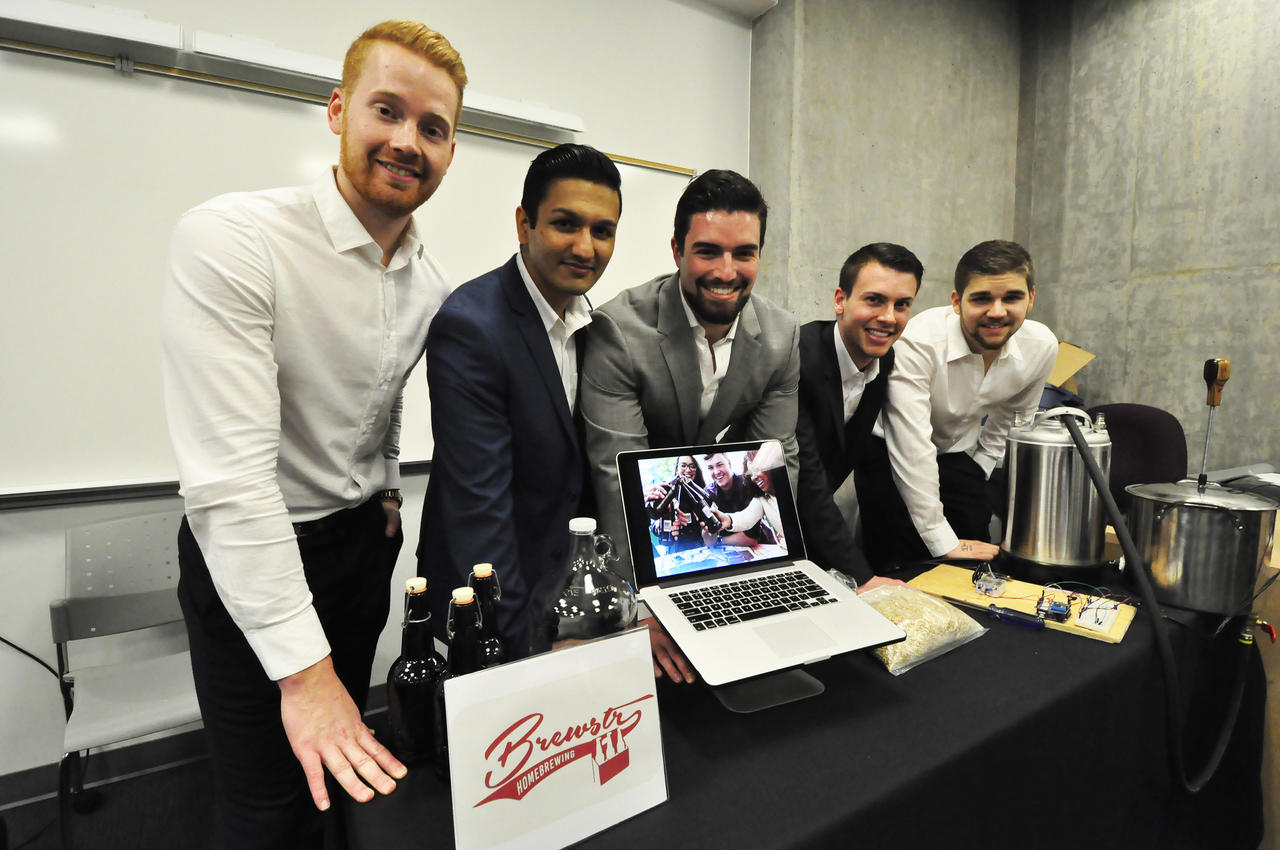 Karan Thakur, a business student, says they’re building an experience with the Brewstr.

“A common trend with craft and home brewing is the conversations it sparks,” Thakur says. “People get together to talk about about processes, kits and recipes they’ve made.”

“We want to invigorate that experience at home in a more social setting and make it easier for people to get into homebrewing.”

The team currently has a manual, semi-automated Brewstr prototype and hope to progress to full automation by the end of June. They aim to put the first Brewstrs on sale in 2017.