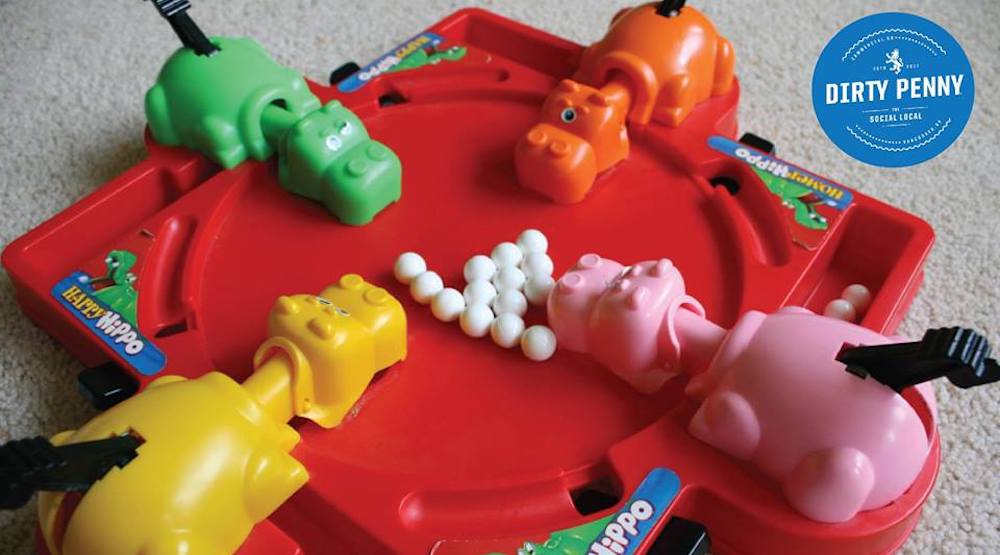 Bars around Vancouver are no strangers to party games.

Fast-paced beer pong tournaments, white-knuckled games of Settlers of Catan, and the ever popular Cards Against Humanity have been gracing the tables and halls of West Coast watering holes for as long as many (somewhat young) drinkers can remember.

But we doubt that a marble-chomping game of Hungry Hungry Hippos has ever been the centrepiece of a night out on the town—until now.

The Dirty Penny on Commercial Drive is on a search for the best lever smasher in Metro Vancouver, and they’re paying a pretty penny to the crowning champion of their Hungry Hungry Hippos tournament.

A $5 entry fee will find willing participants joining the ranks of their marble-hungry opponents, fighting it out in groups of four until there is only one rather stuffed hippo remaining.

First place receives a hard-fought $150 grand prize, along with the glory of being the best Hungry Hungry Hippos player in the entire bar that night.

Second place wins a $50 prize—more than enough for a few pitchers of beer to wash away the harsh sting of defeat.

All participants receive a Steam Whistle beer with their entry fee, so even the losers will get to feel like they won something—even if they end the night completely marbleless.