Going to the Vancouver Folk Music Festival this weekend? In addition to your love of music, make sure to bring your love of food. The wide array of available delicacies at the Folk Fest food fair does not disappoint – there is something for every palate!

Want tamales? Craving pad thai? What about a mango on a stick? 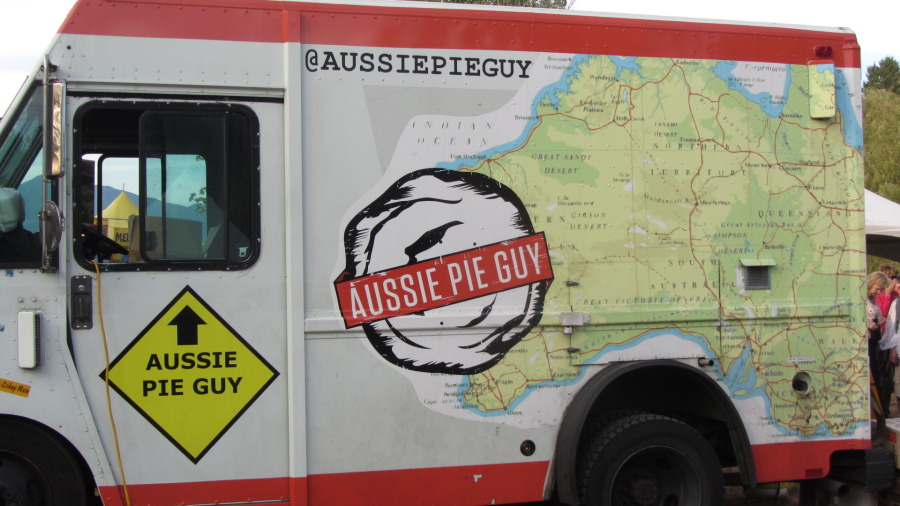 The main food area is located to the back left of the main stage. On display are offerings from various vendors, some from the well-known food cart scene such as Aussie Pie Guy and Mogu Foods. Other vendors include Taste of Thailand, Varinicey Pakoras, Dim Sum Express, G’s Donairs and Jamaican Mi Juicy. 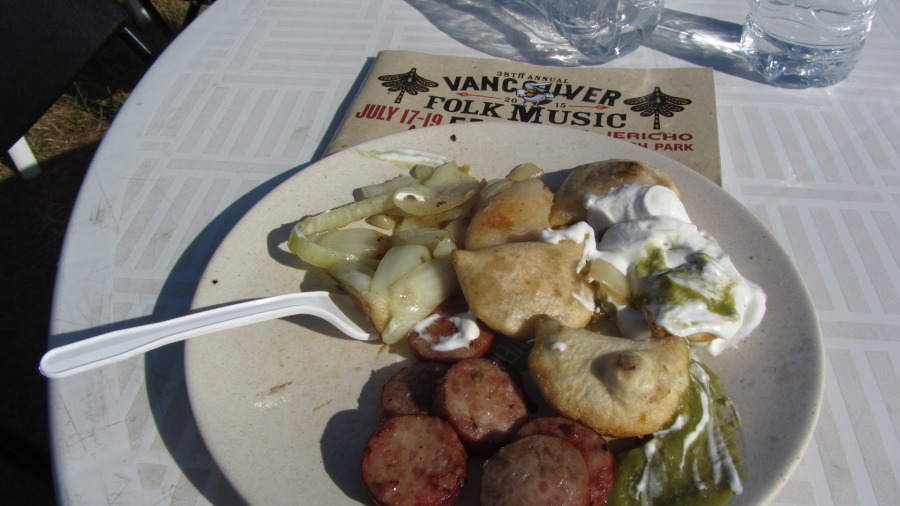 Smaller stands offer other festival staples such as perogies and sausages, corn on the cob, whale tales, and kettle corn. A couple of the vendors offer selections that are BBQ-based, for those with a serious meat craving. Urban Wood Fired Pizza is also on-site, making delicious-looking thin crust pizzas. 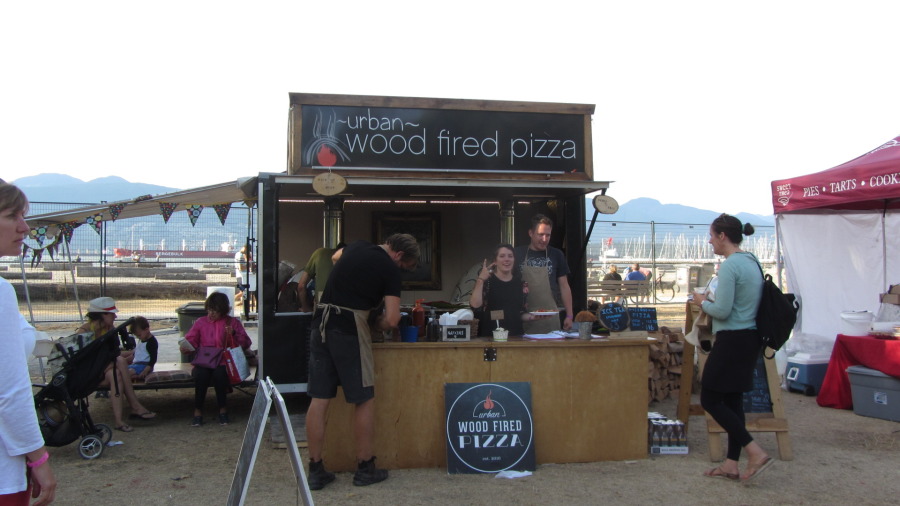 For dessert, how can one go wrong with Earnest Ice Cream? Sweet Thea Bakery also offers up a wide selection of cookies and other baked goods. Crepes are available, both in the sweet and savoury varieties. 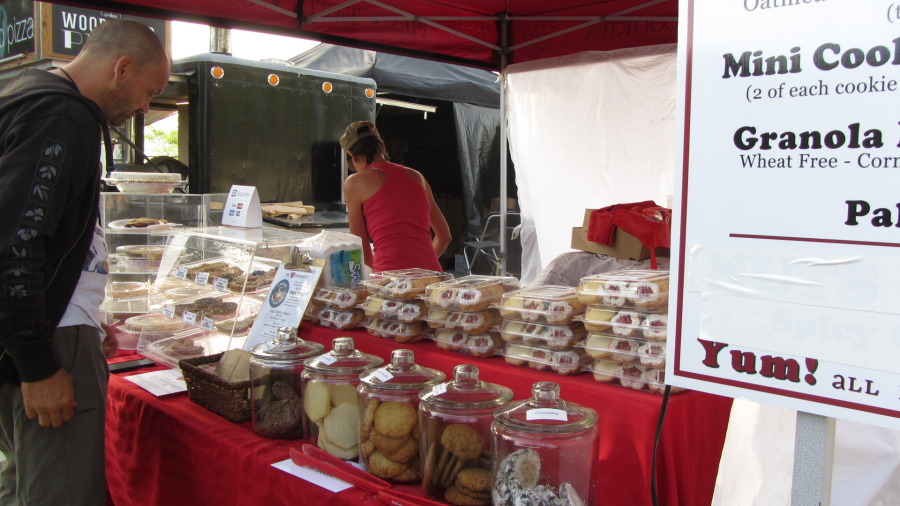 On hand are a few coffee stands if you want a fancy and caffeinated beverage to keep you going. Nomad’s Kitchen was serving up Indian fare was also preparing a batch of hom-ebrewed chai in a large cauldron wrapped in a giant cozy. Unfortunately this assuredly tasty beverage is not available until Saturday; go early to avoid missing out!

If booze is what you’re looking for, head on over to the Big Rock Beer Garden. You can sample different selections from Big Rock, including a rather enjoyable wheat ale. Big Rock cider and Barefoot wine are also on hand. 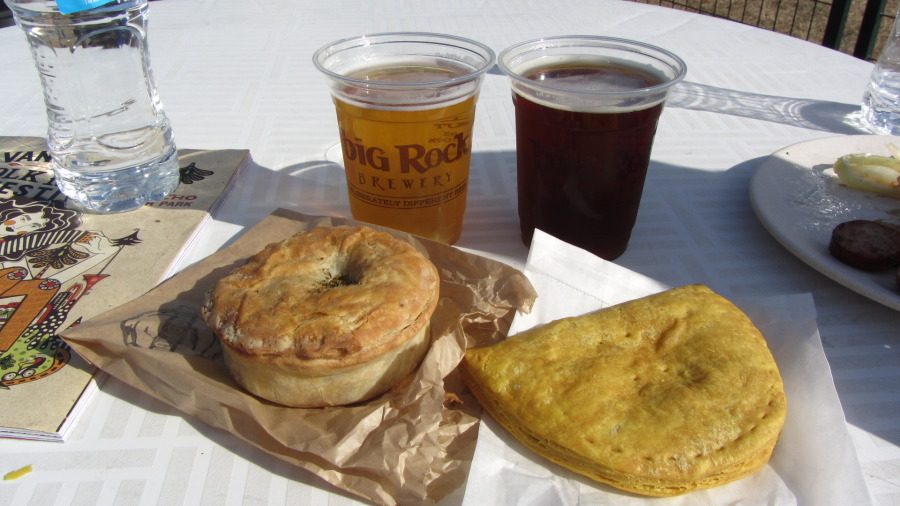 For those who want to stay in beer garden land only, food is available but limited. Falafel, fries, poutine, and corn are for sale close by. Ample seating provides good festival atmosphere, and the site is within decent audio and visual range of the main stage. Food can be easily brought into the beer garden from the food court area, should you be willing and wanting to make the trek. 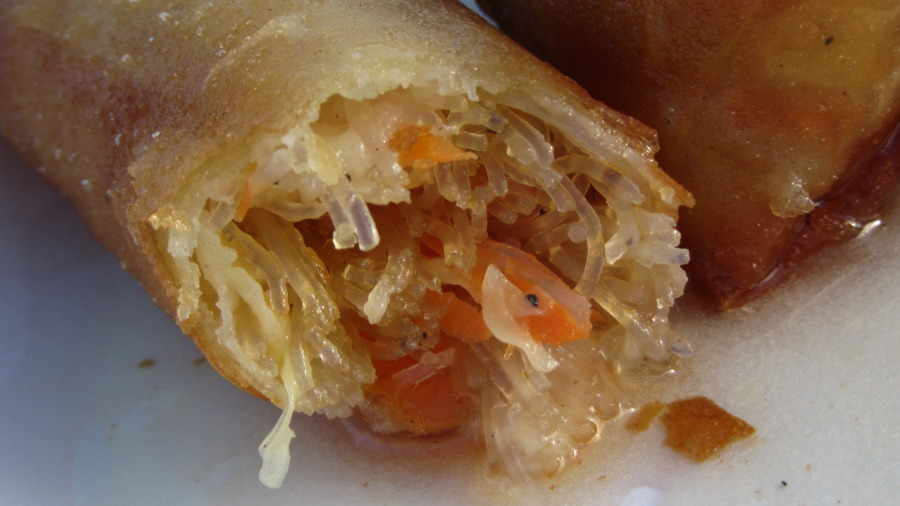 Most food and beverage items range between $5-10, so it should be easy to find something to suit both tastebuds and wallet! This weekend hosts a wide range of appetizing selections for festival-goers, and complements the experience by having 50+ bands playing right in front of you.

The Vancouver Folk Music Festival runs from July 17 to 19. Full program and tickets at thefestival.bc.ca.