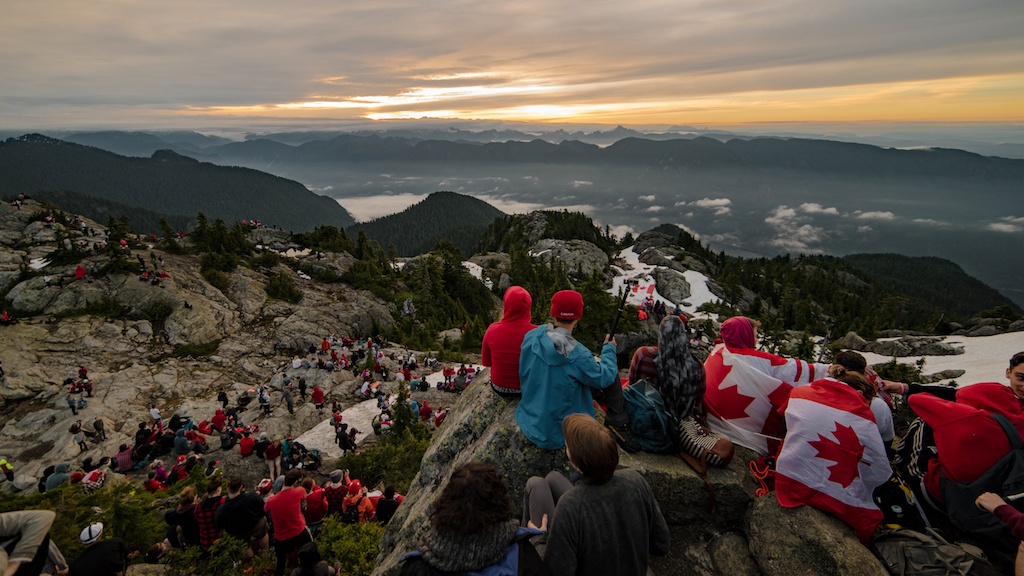 A Canadian adventurous group is taking the world by storm, and it all started right here in Vancouver.

For the past two years, Chasing Sunrise has taken hundreds on a very early hike up Mount Seymour to catch the sunrise on Canada Day. Locally, the Chasing Sunrise crew have become synonymous with epic, accessible, and free adventures. Globally, they have created an online community of about 40,000 (and counting) individuals who follow the Vancouverites’ adventures, while creating their own in their home cities.

But before Chasing Sunrise was a global inspiration, two friends set out to accomplish a challenge in October, 2014. Vancouver’s Julian DeSchutter and Gordon Swenson decided that for 21 days, they would get up at 4:30 am. “When you get up at 4 in the morning, you don’t have anything expected of you. There’s no FOMO, there’s no missing out, there are no notifications,” said DeSchutter.

He admits neither of them were early risers prior to this. “By day five, we both realized how valuable it was in completely shaking up the routine in our lives. You were forced to ask yourself what you cared about in life and what you wanted to do because you have this 2 – 3 hour window that almost felt like secret free time.”

As they successfully accomplished their 21 day goal, watching each sunrise from the Vancouver apartment they share as roommates, they decided to celebrate by climbing Mount Seymour to catch the sunrise. It was -20 with the windchill, with 75 km per hour winds.

“It was miserable. By far, the coldest morning of my life,” DeSchutter said. But as the sun rose, they were overcome by a sense of awe. “Here we are, hours before the rest of the city is even up, only an hour away from our beds, getting what’s – still to this day – an experience I firmly believe will be one of the top experiences our lives.” 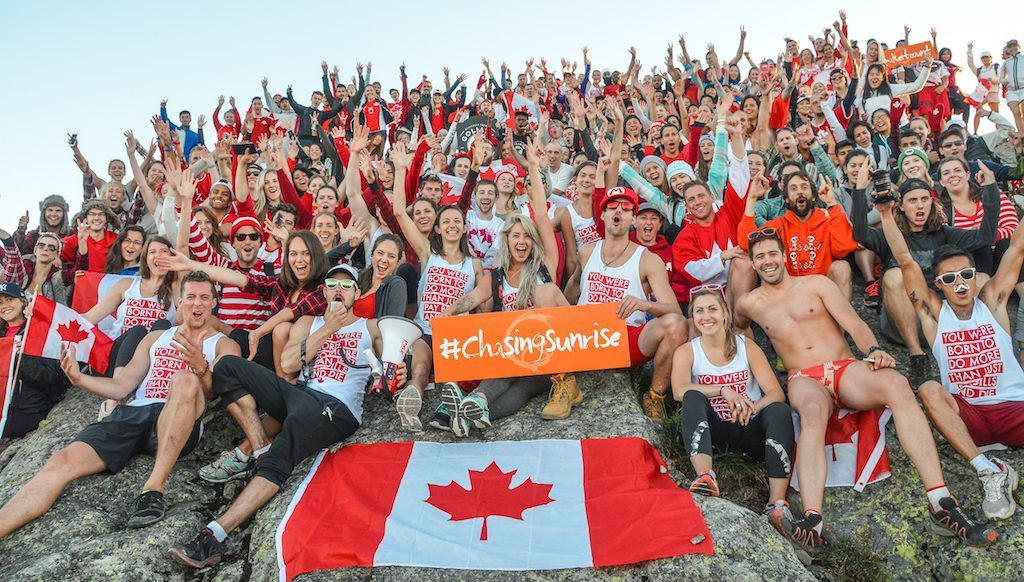 From that morning on, DeSchutter and Swenson began inviting more and more friends just through Facebook posts. In January 2015, there was 9 of them hiking before sunrise. By July 1 that year, there were 350. During one of their first hikes, their initial idea to hike up Cypress came to a halt as the mountain was closed for the winter. And at 4 am, they made the decision to hike up a different mountain. Carrying coffee and pie, they hiked up the BCMC Trail (east of the Grouse Grind), and realized this experience was more than just catching the sunrise.

“That was the very first time we called it Chasing Sunrise. Because it’s not actually about getting there. It’s about the will to get up and get after it irrespective of if you can get it, which is a larger metaphor for life. It’s not about the end result, it’s about the pursuit and it’s where we actually find happiness,” he said. And it is that idea that resonates in their online community around the world.

“One of the things we really try to focus on is the combination of micromoments,” said DeSchutter, who seems to always have a smile on his face. “It’s the getting up one time a month and doing something before work that you never normally do. Everyone has weekends, it’s setting those weekends up to use them right. It’s taking all of those little things that add up to a good life rather than focusing on that single big trip you can go on once a year. While the single big trips are super dope and necessary parts of life, they’re not everything. It’s about not forgetting to live in between those big momentous vacations.”

And to help bridge that gap for some, Chasing Sunrise began organizing overnight, community oriented events. Not only did they offer free all-inclusive adventure weekends, they took their idea and began to take out youth groups like Camp Get Out – which gives underprivileged youth an opportunity to connect in nature. And within their local community, Chasing Sunrise shook things up earlier this summer.

In May, DeSchutter, Swenson, and Ally Pintucci – the Chasing Sunrise team – threw a contest and took 50 strangers-turned-friends on an all inclusive mystery weekend adventure. The contest ran 8 days, they had 3000 entries which were sent from all across Canada. This week, the group launched their latest adventure contest, Hut Trip. Having support from sponsors, the group is able to invite individuals of all backgrounds to enter the contest – which consists of a free, all-inclusive three day mystery adventure in BC’s wilderness.

The experience, DeSchutter said, is all about people engaging with life in different ways. He said that often we look at pictures on Instagram, but our only interaction with it is through a glass screen, double-tapping. “What we want to do is give people the opportunity to actually experience that stuff.” 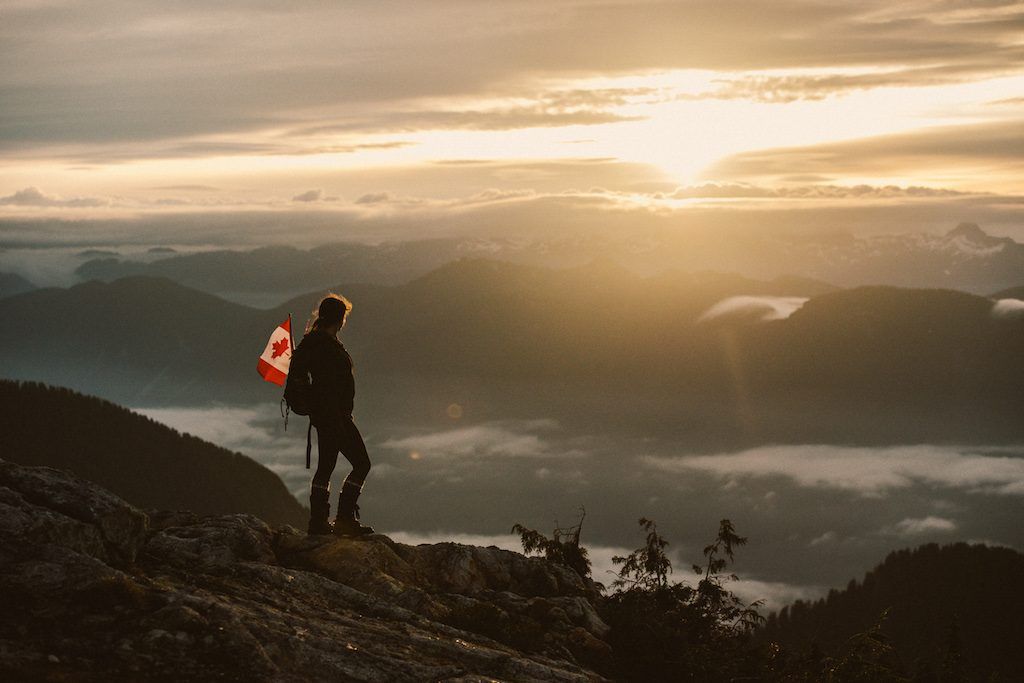 It is this experience that the global community is attracted to, and it is this method of engagement that has enabled Chasing Sunrise groups to pop up across Canada – including in Toronto, Calgary, and Montreal. In Vancouver, a Chasing Sunrise community group of almost 2000 members create their own adventures regularly. In a city often known as “unfriendly” or a “no-fun- city,” Chasing Sunrise is on the opposite side of that spectrum. Unofficial events happen almost everyday, and all over Vancouver.

And this community is what Chasing Sunrise is all about, DeSchutter said. “This is not just about doing these individual one-off events, but really creating a large group of people that have the same or common mindset in life and connecting them. Giving them the opportunity to bring them together.”