Vancouver’s beloved Chapters bookstore location on Robson and Howe is officially closing its doors on Sunday, June 7, five months after the announcement that rent increases had made continued profit unattainable.

The Chapters on Robson opened in 1998, during a time before e-readers and iPads, when print books flew off shelves and the rise of young adult fiction, like J.K. Rowling’s Harry Potter series, was just beginning. An alliance with Starbucks put a café in every store beginning in 1995, and the book shopping experience was made. But it would only be a few years until the bricks-and-mortar book store took its first hit; the launch of Amazon.ca in 2002. With their own online shopping site Chapters.Indigo.ca, launched in 2001, Chapters proved it was always an innovator when it came to staying on top of the trends, a strategy that has virtually kept the book superstore chain alive for 17 years.

Soon after opening, all Chapters and Indigo locations began diversifying the retail experience with gifts, home ware, accessories and even fashion, offering exclusive and tastefully designed products. As e-books grew more into the mainstream, Chapters Indigo also launched their own device, the Kobo, and began retailing tech products. Robson Street’s location was the book behemoth of Downtown Vancouver with three floors, a Starbucks, an impressive children’s section and tens of thousands of books. In the late 2000’s, the first floor grew into a tech and home hub filled with Apple products, head phones and music devices, and even high-tech toys like drones. At Christmas time every year, it was the ultimate gift boutique, carrying virtually everything for everyone – beer making kits, hipster-style mason jar tumblers, scarves, touques and gloves, blankets, throw pillows, treats and hundreds of cards. In 2014, they opened the first west coast American Girl boutique in Canada, drawing huge crowds of young girls and their dolls to the store.

But through all these changes, the focus on books was never forgotten. Chapters on Robson brought in some world-famous authors and celebrities for book signings over the years, including John Cleese, Richard Branson, James Franco, Bobby Orr, E.L. James, Evangeline Lilly, Nick Offerman, Ian Rankin and Mike Farrell. They held monthly book clubs, story-time events for children and even movie screenings of some popular screen adaptations. And any Harry Potter fan will never forget their impressive midnight book release parties when each new installment hit shelves.

When the store opened in 1998, it moved into the new Infinity building at the corner of Howe and Robson, just across the street from Robson Square. The space is 59,300 sq. ft. and sits below 89 residential units. The area was once relatively quiet, but in future months will see a massive shift as the new Nordstrom opens at Pacific Centre across the street.

Recreation retailer Sport Chek will occupy the building once Chapters vacates on June 7.

On a notice inside the store, the company offers a final thank you to their many faithful customers.

“It’s been our pleasure to serve you at Chapters Downtown Vancouver. After 17 fantastic years in the heart of the downtown Vancouver community, we regret to announce that we will be closing our Chapters Robson location on June 7, 2015. We feel privileged that our store has become a community hub – a place for people to gather and be inspired – and we could not have done it without our wonderful staff, and of course you, our incredible customers.”

Shoppers can now find what is left at the Robson location at 50 per cent off. 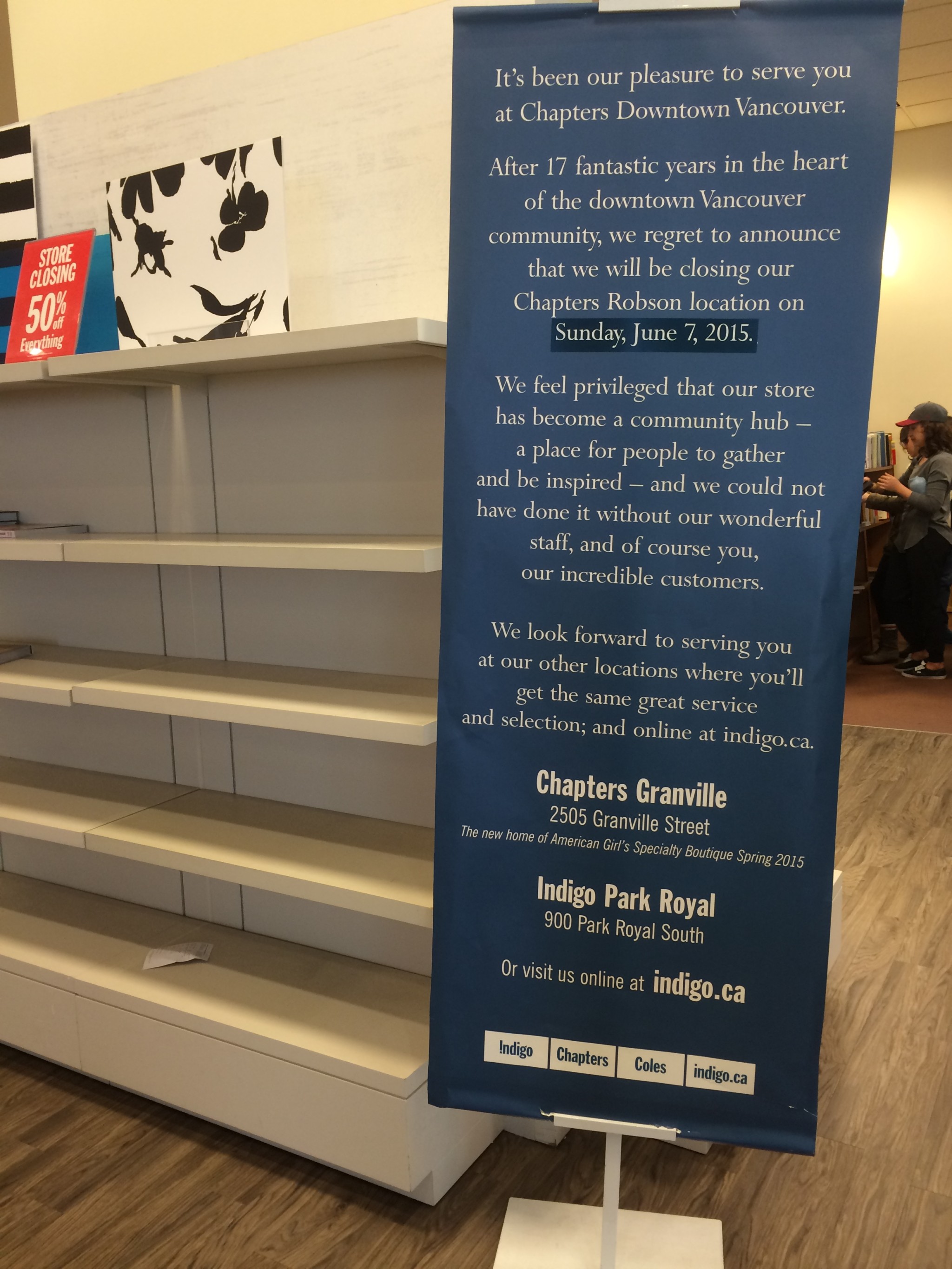 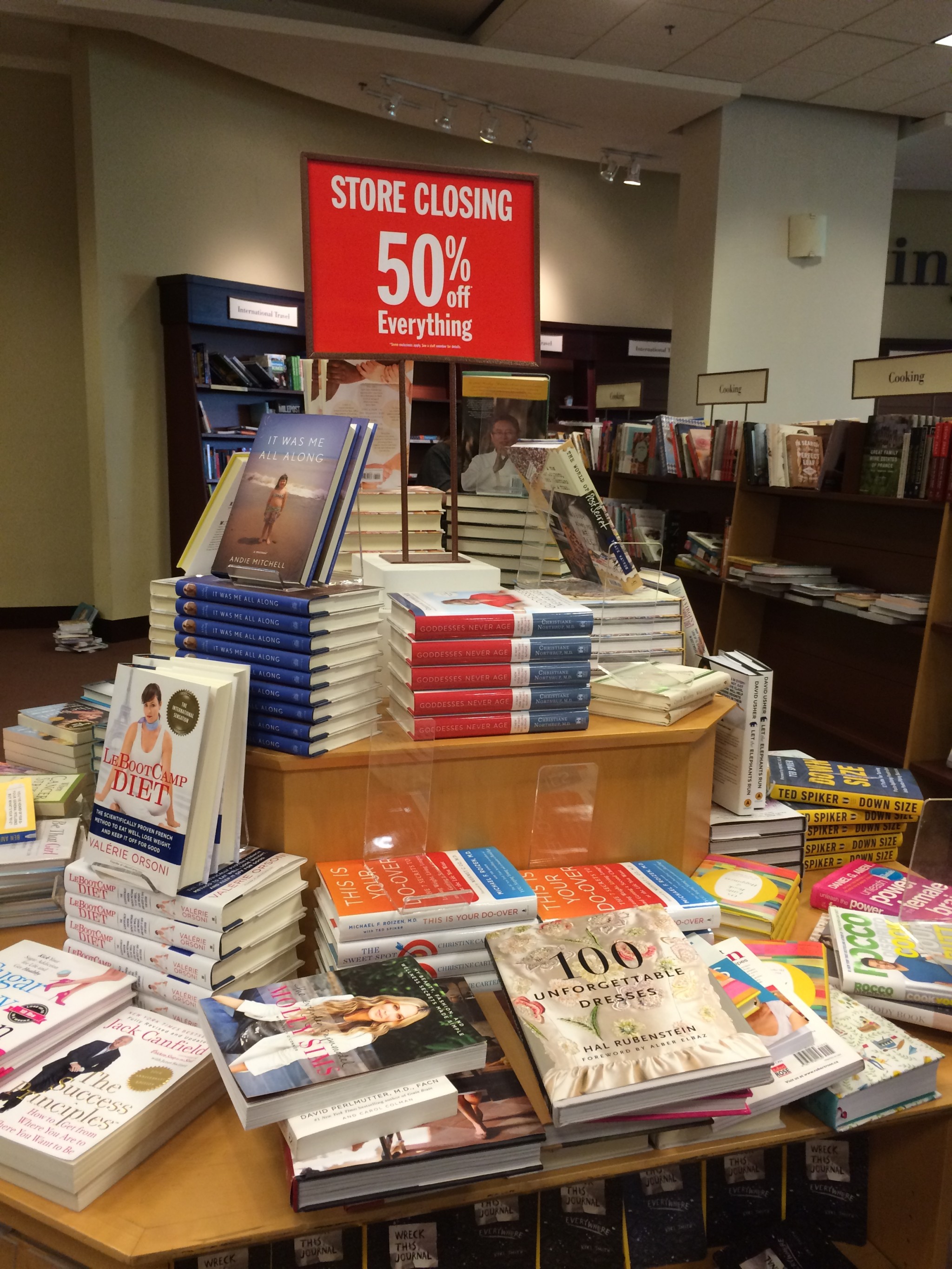 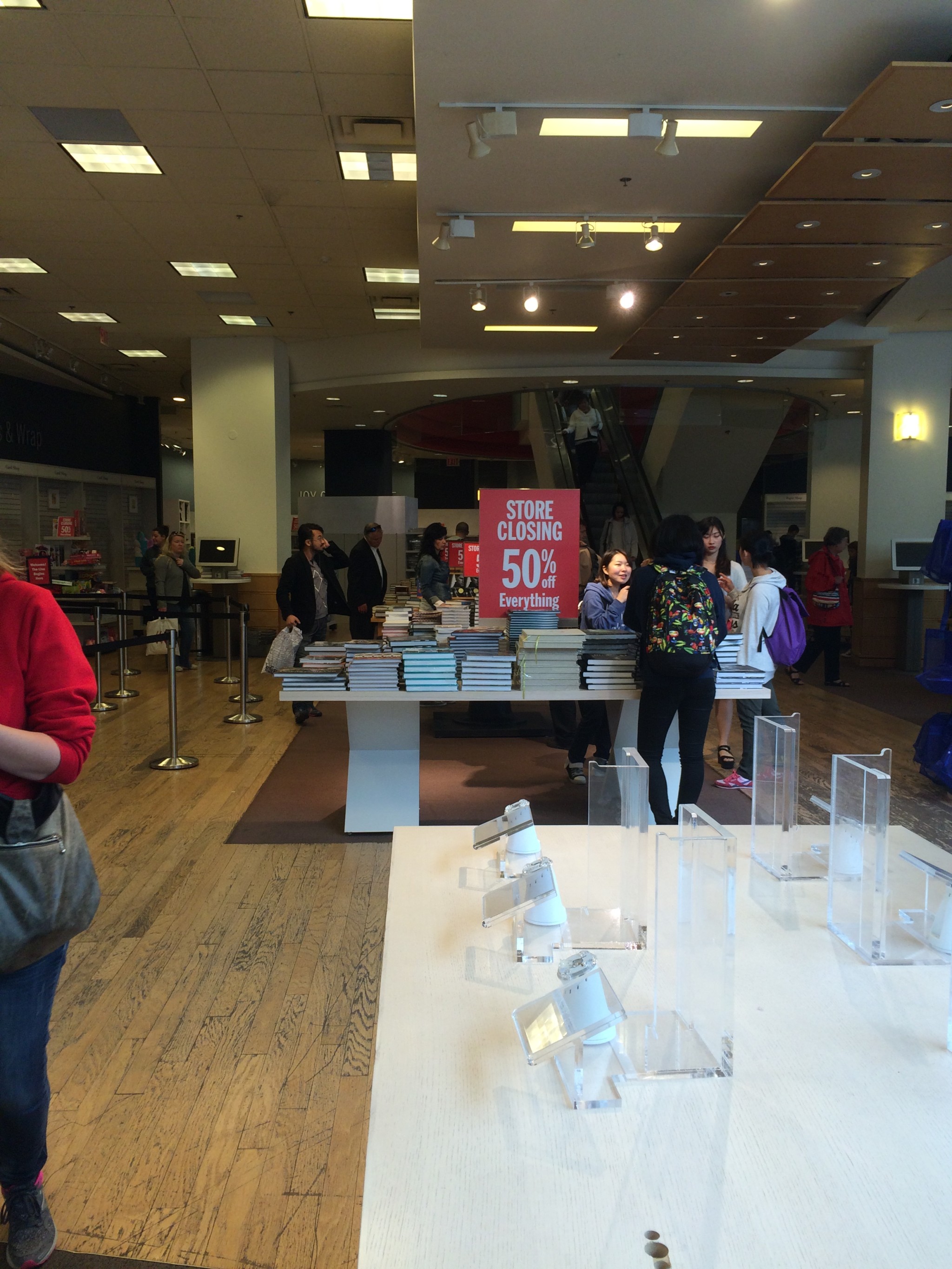