You may not be able to catch a bullet like Superman, but you can wear one like a super-woman. Kelsi Sheren is a Veteran of the Canadian Forces turned entrepreneur. After a tour in Afghanistan in 2009, she came home with PTSD and needed a way to not only relieve her own mind but also offer support to other veterans.

She began Her Wearables in November of 2014, offering four collections inspired by life and war. The Gunner Collection, for instance, offers handcrafted pieces made of previously fired brass casings. Each piece carries a story along with those who fired the bullet.

A portion of the proceeds from Her Wearables will be donated to Wounded Warriors of Canada – a non-profit organization that helps Canadian Armed Forces members who have been wounded or injured in their service to Canada. 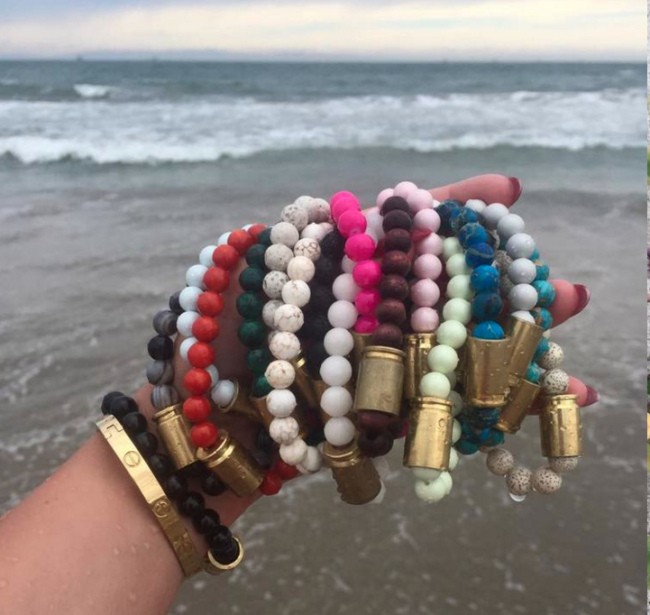 Kelsi first spoke with VancityBuzz in June 2015. We caught up with her again to find out how her brand has grown since, including receiving celebrity support.

What have been some of the biggest changes since your launch in 2014?

Raising awareness with our brand and our cause. We have started to enhance and improve our product lines. We are going to be working with some great new charities to help more people who are following through the cracks and essentially being forgotten

Who are some of the celebrities now wearing your jewellery?

We now have Kevin Hart, Channing Tatum, Jenna Tatum, Madeline Merlo and Charlo Greene (Alaskan news anchor who quit on live air). We are hoping this year to get some more celebrity and social media influencers. 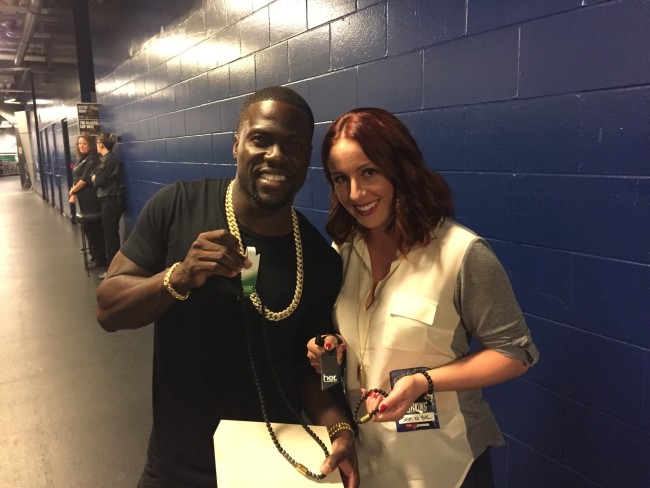 How did you make those connections?

It’s a funny story. We happen to know Channing and Jenna’s Nanny through mutual friends and they were open and willing to accept a gift from us. They loved our pieces and have been wearing them out. As for Kevin Hart, we were able to meet him due to connections within my family. We met Madeline Merlo through Instagram [because] she had bought a bracelet at one of the locations that carry our pieces, and posted a photo. Someone then notified us of this and we reached out to her.

Did you personally meet the celebrities you mentioned, and if so, what was their reaction to your company’s story?

Yes, we did get the chance to talk and meet with Kevin Hart while he was here in Vancouver for one of his comedy shows. We met one-on-one with him and he loves the product and what our company stands for. He was also pumped on our brand and even tweeted about it that night to his 25 million followers.

We will be meeting Jenna Tatum next week while on a business trip to L.A. She is also very happy with her pieces and what we stand for. For Madeline Merlo, she happens to be our brand ambassador and has been with us from the start, wearing and supporting our brand and the veterans that it helps. Madeline’s reacting to the company’s story is what drove her to buy her bracelet on her own. She had gone to sing for the troops overseas before, so the need to help veterans when they come home was already on her mind. 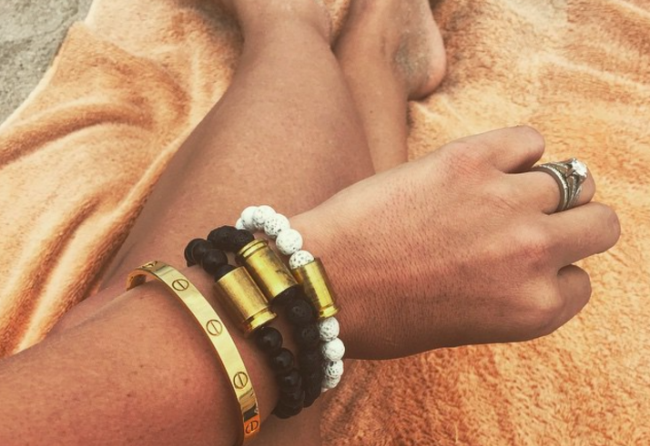 During your first interview with VancityBuzz you said you started this company as a “therapeutic way to get my mind off of things and help other Veterans.” Has it worked?

I believe that we have helped a lot, but that being said there is always room for improvement and more work to be done. With our country still at war, we will always have veterans coming home that will need help with everything from medication, homelessness, therapy, prosthetics, and general support. We have been very fortunate to have helped veterans by donating money to foundations that do amazing work by reaching out to veterans who are less known to most programs as well as helping bring the awareness about veterans.

What’s next for Her Wearables?

This next year for Her Wearables is going to be a game changer [because] we will be bringing brand new products to market. We are working with different materials and a different look for our flagship product the ”warrior bracelets.” We are super excited for one of our lines that will be launching for the 2016 holiday – a sparkly addition. We will be hosting a number of events throughout Canada and the USA. We look forward to sharing all of this with you in the next year!