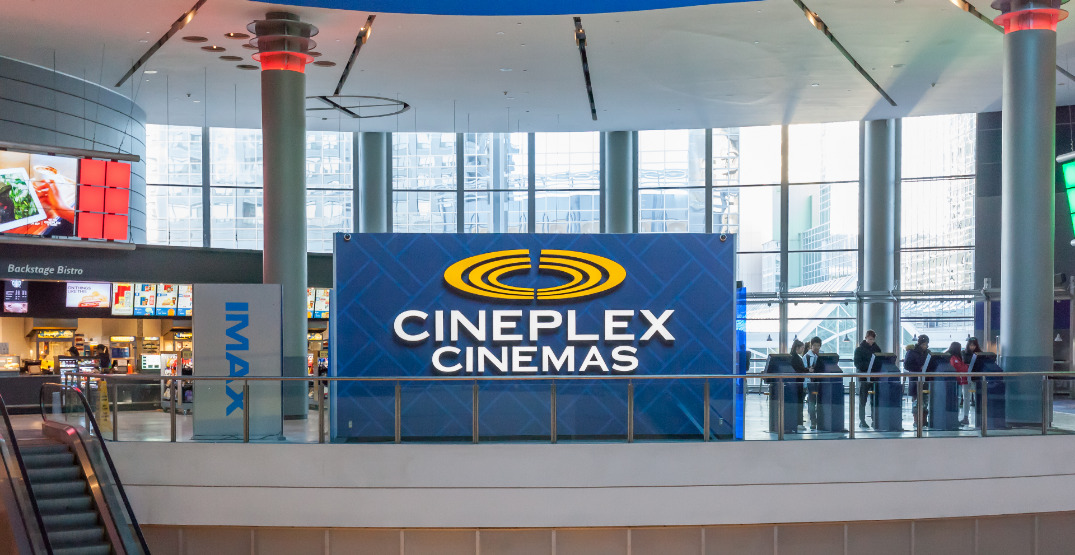 Cineplex has put out an update on social media announcing some changes to upcoming showtimes across Canada.

In an Instagram post, Cineplex outlined some of the immediate changes they’ll be making to comply with provincial restrictions that have been put in place across Canada, and also suggesting that more changes may be in the cards in the coming weeks.

If you bought a ticket and suddenly can’t see your showtime on Cineplex.com, don’t be alarmed, Cineplex says they’re intentionally hiding some screenings for sale to “assess new government mandated capacity limits,” but add that the shows are still happening.

“Our guests are amazing! Restrictions are changing minute to minute, province to province, and you have been so patient with our team as we work quickly to adjust,” reads a statement on Instagram.

“There is no need to call our guest services.”

Here’s how the changes break down across the country.

BC only announced changes to health orders on Friday afternoon, and Cineplex is still reviewing the updates.

“While our goal is to honour all tickets, any guests who are impacted by these government mandates will be emailed directly by our Guest Services team.”

Thankfully, showtimes before Monday will not be impacted. So, if you’re watching Spider-Man this weekend, no need to fret.

Saturday shows won’t be impacted, but Cineplex suggests that some showtimes on Sunday might be affected.

“Keep an eye on your email as impacted guests will be contacted directly over the weekend.”

For Ottawa theatres, locations will be subject to new physical distancing measures, which may impact a limited number of showtimes beginning Sunday.

Good news for Quebec movie fans, as all tickets for the weekend will be valid. A limited number of showtimes on Monday and Tuesday might be impacted. They’re suggesting customers keep an eye on their email as well.