Humans have been concerned about the end of the world, ever since the beginning of civilization.

The fatalistic streak is hard to deny in our current atmosphere of global warming, massive pollution, international conflict, and drought and famine. Nations and corporations seem either unwilling or powerless to affect change, so many individuals turn to fiction and fantasy to get a sense of what’s to come. It’s no surprise that two of the most talked about shows are The Walking Dead (what would we do if the world ended) and Game of Thrones (this world sucks, let’s escape to another one).

I’ve been on a post-apocalyptic reading streak lately, thinking morbid thoughts about life after catastrophe. But as I dug deeper into my fears, I found that most of them centred around the human psyche, rather than creating new monsters and foes for humankind.

There’s something about pure mental survival that both fascinates and scares me. Luckily, these writers agree. Here are the best books to give you a new twist on the world apocalypse; in some ways, more real and imaginable than anything you’ll see in the zombie flicks.

Wastelands / Stories of the Apocalypse 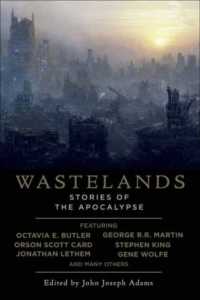 Here’s a great leaping off point if you’re new to the genre, an on-point collection of known heavyweights (George R. Martin and Stephen King) and less familiar writers. To be honest, while the collection has been well-lauded as one of the best regardless of genre, I still found it maddeningly inconsistent. I’d get sucked into one story and become indifferent to the next. Still, it’s a good overview of the different styles and narratives existing within post-apocalyptic fiction, devoid of zombies, aliens, and other tropes.

There’s also a second anthology build off of the success of the first, but I discovered what I was after long before then.

Bloodchild and Other Stories 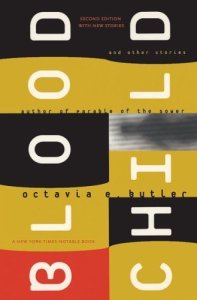 If you’ve read Wastelands, then you’ll get a taste for Octavia E. Butler, one of the few women of colour writing in the post-apocalyptic genre. Or, I should say, wrote; Butler passed on before her time, after sweeping the world by storm with innovative tales like Bloodchild. That short story (winner of both Hugo Nebula awards – kind of a big deal in sci-fi and fantasy writing), along with a few others, are part of this excellent collection, each preceded by the author’s introduction. In light of her demise and Butler’s importance on the genre, the forewords become great vision into her psyche, as well as those of her characters.

Bloodchild is about the societal adaptation of humans to an alien race on a distant planet. I really can’t say much more without giving it away, but suffice to say the premise is riveting, and there was enough potential for a multi-book saga rivalling Game of Thrones. Don’t believe me? The entire text of Bloodchild is up here if you’d like to dabble before committing. The short nature of this book also means it’s perfectly suited for an ebook, if you’re into the whole tablet/Kindle thing. 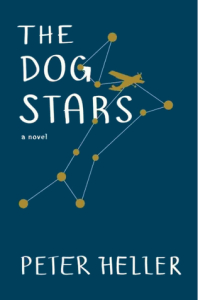 The Dog Stars has the ultimate anti-hero and a languid pacing, punctuated by quick (and brutal) rounds of action. The book describes a bleak world of slow human decay, of the  day-to-day survival instead of heroes trying to find a cure-all to save the humankind. Unlike all of the other books on this list, I read Dog Stars in fits and starts, as there isn’t a character arc or redemption for our protagonist. It’s an important piece of literature on the true cost of our present-day actions, and probably very close to what life after the apocalypse will be like, if anyone is around to experience it.

In mood, Dog Stars is most like the last stanza in Eliot’s oft-quoted “The Hollow Men”:

I absolutely loved the audiobook version of The Dog Stars, as narrated by Mark Deakins. 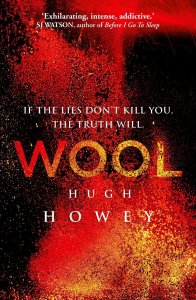 Here’s the one I ended up with. Just like in dating, sometimes you have to do your time and see other people, before you’re ready for the one. Wool showed me a workable afterlife without the associated sci-fi jargon, wrapped up in characters that weren’t good or evil. Wool is made up of five interconnected stories and isn’t very long in total length. Self-published author Hugh Howey originally threw the first chapter up online for free, and has since published many more stories, as well as sold the movie rights to 20th Century Fox.

The popularity of Wool and every other book on this list shows the upward trend of how prevalent post-apocalyptic ideas have become. Start praying to every god out there that our future is brighter than this.