New West’s vegan emporium Karmavore has moved away from its retail roots, reinventing itself as a café and dessert lounge.

They’ve been around for four years, first as an online business, then selling animal-free products from their base downtown. Now Karmavore’s focus is on made to order food and desserts.

Offering burgers and wraps, smoothies and sundaes, the 100 per cent vegan and mostly organic menu is reasonably priced with a cheese burger and fries $11 and $7 for a smoothie.

The highlight of the busy cafe has to be the desserts. The skills of their in-house artisan baker are showcased with a glass fronted counter displaying goodies such as peanut butter bars to tiramisu and secret recipe lemon meringue which are sold by the generous slice. 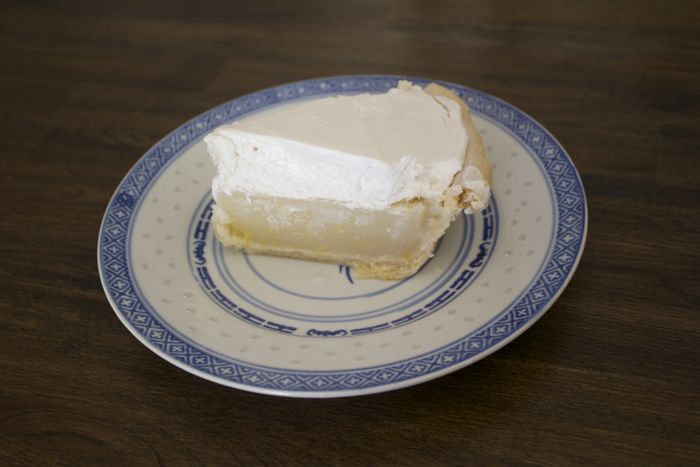 Three weeks in, the new look Karmavore is definitely busy. A spot cooking on Global BC’s Morning Show has lead to locals battling it out with people from all over Metro Vancouver for a table. Every item is made to order, so it can get a little busy with a lunchtime rush. Supervisor Stefania Butkovic says she’s often greeted by a queue at the door in the middle of the day, but evenings are quieter.

“The evenings are a little bit calmer, so I’d suggest that anyone who’s in a super huge rush to come and check us out between 5 and 9 just because in that time frame we’re not as jam packed, every table is full between 12 and 3!” said Butkovic.

The team has also opened a pop up juice bar down the road in the River Market. The three-month project is in its early stages, with the lease sponsored by The Salient Group who are working on the nearby Trapp and Holbrook buildings.

“We’re lucky enough that they’re sponsoring our lease,” said Butkovic. “They’re really giving us the chance to prove that fresh juices are something that people want, they don’t just want fast food.”

Some vegan non-food products remain such as belts, t-shirts and vegan cat litter, but judging by the constant stream of customers it seems food, drinks and desserts really are the way forward for this animal product free haven.

Written and interviewed by Michelle Quinn , a contributor at Tangoo. Connect with Jose on Twitter @mich_quinn