“To one day see a world where every child has access to free education.”

What if you could be one of 100 heroes who helps raise $1 million to educate 100,000 children in Kenya? What if all it took was less than three hours and recording a few quick videos for your friends? Would you do it?

This fall, Vancouver-based tech startup and social enterprise Change Heroes is challenging everyday people to do just that with their #100Heroes campaign. The goal is for 100 people to fund 100 schools by the end of October.

Since quietly announcing the #100Heroes campaign to select pioneers on September 2, the platform has already raised over $110,000; on September 17, Change Heroes is inviting the public to join the campaign. Will you be among these heroes?

“Our implementing partner, Free The Children, has been operating in the Maasai Mara region of Kenya for 14 years, and through proven partnerships with local communities, they now have the opportunity to build 100 more schoolhouses that will serve 100,000 children over the next 20-30 years,” says Taylor Conroy, Change Heroes’ Founder and CEO. “We want to bring in the funds to make that happen. These children are ready and waiting to sit in these schools. Ready to learn to read, write, count; to learn about gender equality, family planning and how to prevent diseases like AIDS.” 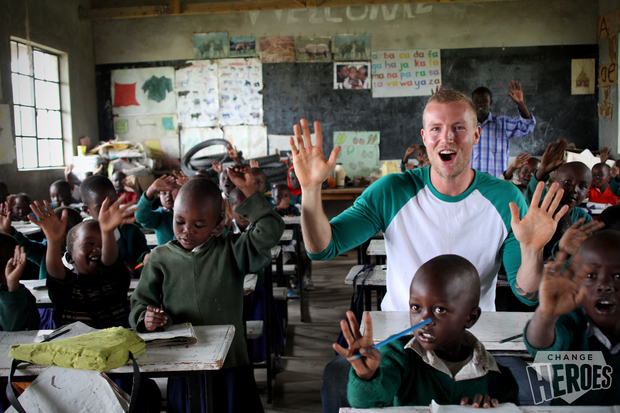 Change Heroes is part of several Vancouver-based accelerators including the Coast Capital Savings Innovation Hub (part of UBC’s Sauder School of Business ISIS Research Centre), Launch Academy, and institute B. In the last year, Change Heroes has also gained international support and recognition, including receiving funding from IRAP, presenting the platform to Prince Andrew, and winning several competitions that include Startup World Vancouver. 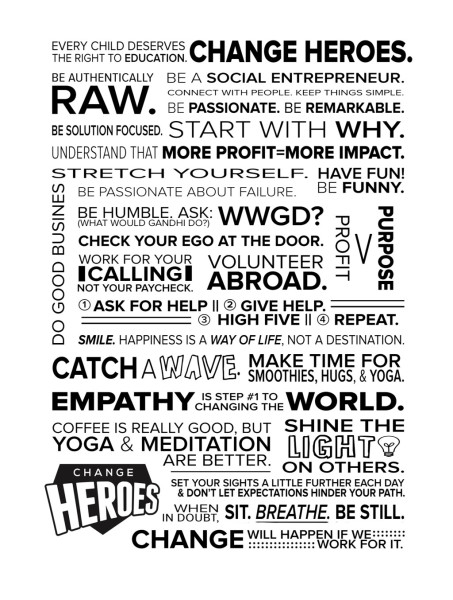 In a recent TEDx Talk, Conroy explains the history of Change Heroes, how the fundraising platform works, and his hopes for the future in more detail.

Change Heroes supports non-profits who have the infrastructure to implement change quickly on the ground, calling them implementing partners. Change Heroes is currently working with 2 of North America’s largest non-profits, Room to Read and Free The Children.

The average successful campaign raises $7,000, and complete within 30 days. The average contribution/donation is $268.11. Change Heroes take 10% of funds raised which they reinvest in to the future of the platform.

Founded and funded by Victoria-based entrepreneur Taylor Conroy, Change Heroes is an online fundraising platform that’s challenging the way we approach fundraising, making it simpler, more accessible, social and fun. The platform is built around a simple formula: if one person can get 33 friends to donate $3.33 a day for 3 months, that amounts to $10,000, which is enough to fully fund major projects in the developing world, including the construction of a new school, well or library.

Written by Andrés Markwart, a Contributor at Vancity Buzz. Connect with Andrés on Twitter at @AMarkwart.