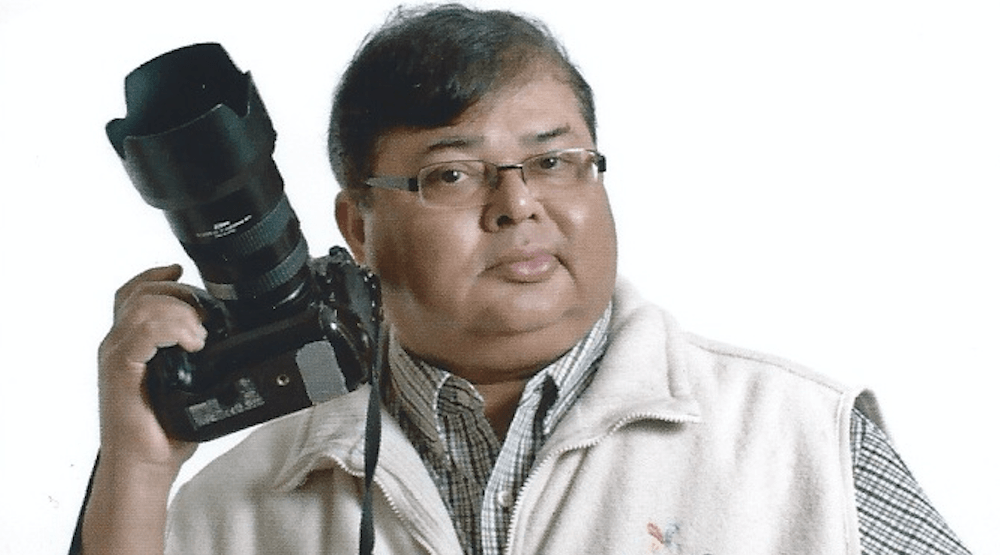 The Indo-Canadian news publication VOICE is mourning photojournalist Chandra Bodalia, who has “passed away after a long, brave fight against throat cancer.”

In a statement on the VOICE website on Wednesday, editor Rattan Mall called Bodalia, who died aged 69, “a legend in his own lifetime.”

Mall describes Bodalia as “by far the most well-known photojournalist in the community, indeed, more well-known than any other media personality – with even former prime ministers Jean Chretien, Paul Martin and Stephen Harper knowing him personally.”

The editor goes on to add that Bodalia’s passion for photography was unsurpassed.

“He could be at a host of functions and events in just one evening – and his photos would appear in every South Asian publication,” he writes.

Bodalia’s passing is “tremendous, indeed, irreplaceable loss for the community,” writes Mall. “There will never be another photojournalist like him.”

Despite news of Bodalia’s passing breaking on the same day as the final BC election results were revealed, Canadian politicians took time out to mourn the legend on Twitter.

Sad to hear of the passing of @IndoCanVoice‘s famed ‘smile catcher’ Chandra Bodalia. He leaves a huge legacy and will be missed. pic.twitter.com/QOlwhY3jj5

Chandra Bodalia documented his community and country like few others. He will truly be missed. https://t.co/mGVWoo4NjD

Very sorry to learn of the death today of my good friend Chandra Bodalia, a wonderful Canadian photojournalist, and a kind soul. RIP. pic.twitter.com/xLUoWZl97q

Last year, the Times of Canada produced a short film about Bodalia’s life, The Smile Catcher. You can watch it below, or click here.