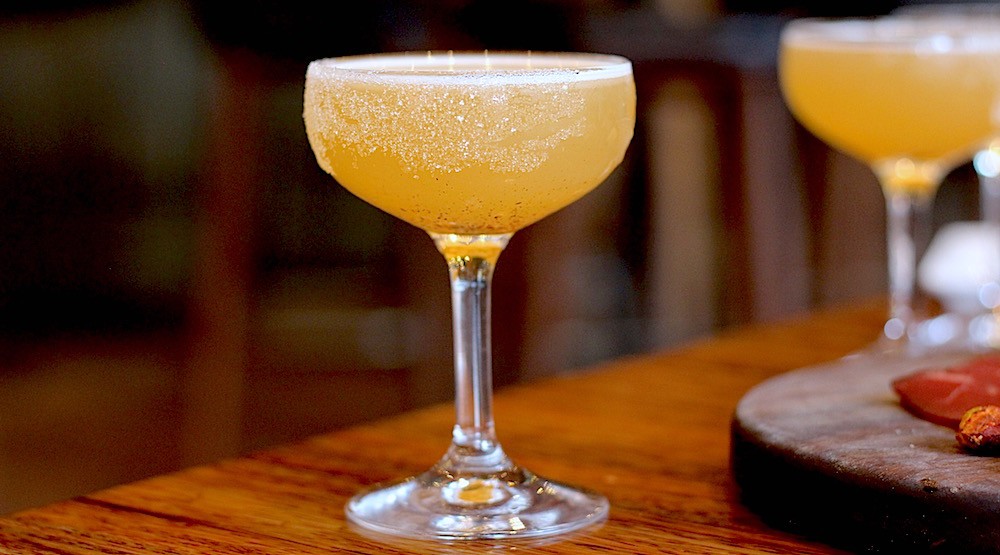 There’s an unlisted ingredient in every drink on Chambar‘s new speciality cocktail menu: A story. New Creative Director of Mixology Philippe C. Grandbois has stepped behind the stick, and with his new collection of signature cocktails he brings to the bar not only his experience and passion for mixed drinks, but also the imprint of his travels and a love of history.

Or, as Grandbois admits, he gets a little geeky.

Cocktail nerds will appreciate Grandbois’ pedigree: With 14 years in the industry, Grandbois spent several years with the Ritz Carlton hotel group overseas, working in more than 11 countries on four continents, with posts in London, Bangalore, Shanghai and Montréal. Additionally, Grandbois is a Certified Spirits Specialist (CSS), certified by the International Sommeliers Guild (ISG) at a Diploma Level.

“My intention is to marry the restaurant’s storied history with the new and exciting evolution in global cocktail culture for a surprising and unexpected narrative behind the bar that Vancouver hasn’t seen before,” Grandbois has said previously of his new post.

Grandbois’ new drinks menu for Chambar is broken into sets by Spectrum, starting with low- or no-alcohol sippers (which Grandbois says is a nod to a current trend in imbibing). With three to four selections in the ensuing categories, the drinks aim to reflect Grandbois’ interpretation of standard and familiar concoctions, with clever twists culled from his own toolbox of favourite mix-master playthings, from special vermouths to a spritz of rose water essence to tickle the guest’s nose. 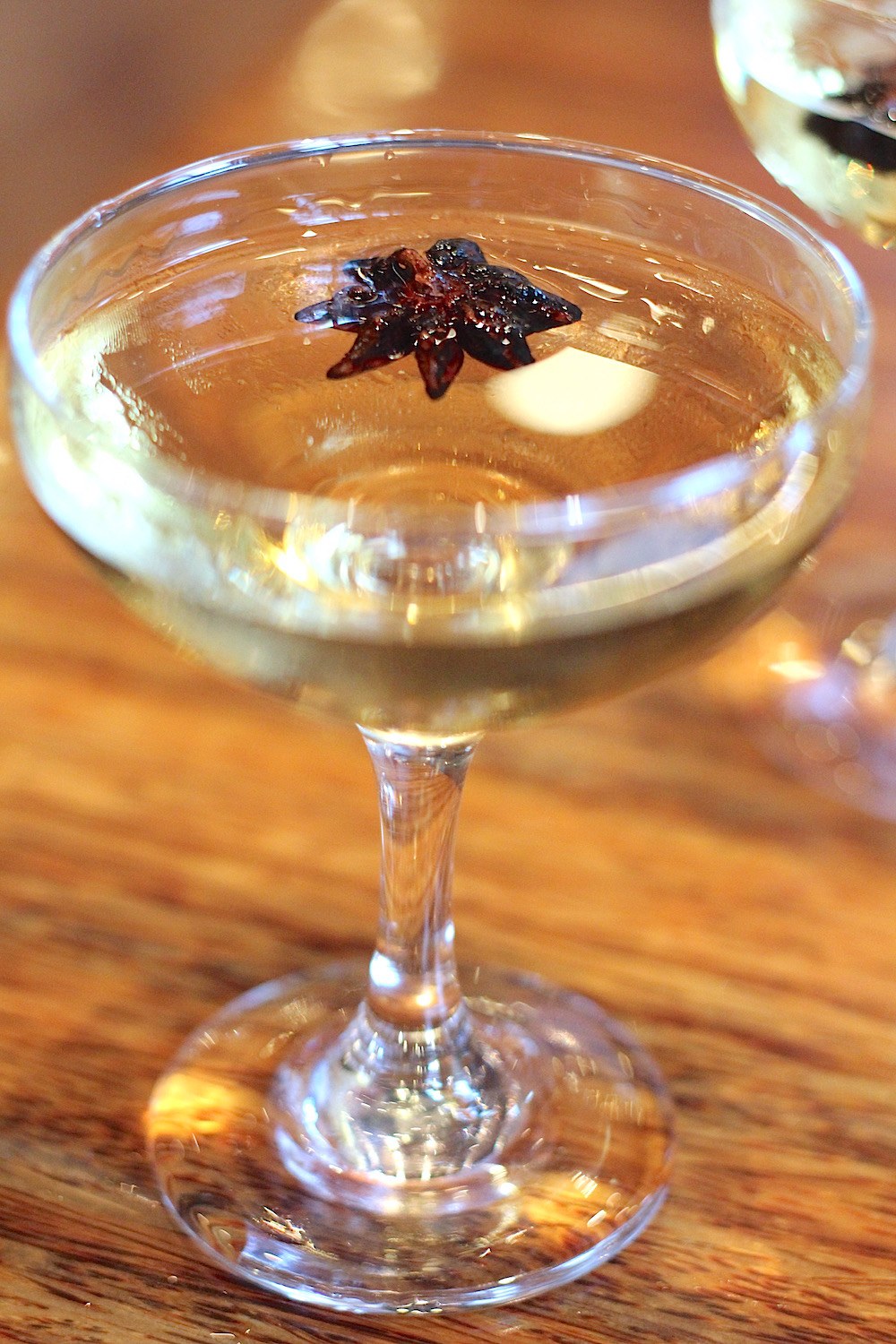 On the Delicate Spectrum you’ll find a drink called the Artemisia, so named for Artemisia I, the queen of Halicarnassus and of the island of Kos. Movie buffs may recall seeing Artemisia fictionalized in the film 300: Rise of an Empire. Made with Martini dry, Martini bianco, chamomile, Marsala wine, Dry sherry, and burnt star anise (those seated at the bar will see the pyrotechnics), the booze-forward bev still manages to be, as promised, on the more delicate side.

If your thirst is steering you towards the “Fresh & Herbal Spectrum,” you will find two drinks made with mint tea, the Country Lemon Cooler and the Anglo-Moroccan Alliance. There is an unmistaken thread running through the drink menu which is a nod to Chambar’s North African culinary bent; to play to that leaning, Grandbois turned to the flavours of North Africa, like the mint tea (though he jokingly acknowledges that Morocco is a dry nation, and if you order a Berber Whiskey, you’ll be served a pot of mint tea), as well as its history and geography for inspiration.

On the “Sour Spectrum,” look for the Daiquiri Buerre Noisette, a rich riff on a traditional daiquiri made with brown butter-washed rum. (Yes, you read that right, they are mixing rum and brown butter and letting it combine before straining and serving.) The result is a more velvety daiquiri with the sour notes rounded out nicely by the brown butter.

A second “Sour” to try is the Alchemist Sidecar, which Grandbois explains is a tribute to author Paulo Coelho’s novel The Alchemist and a take on the classic Sidecar. Here, the drink is made with De Luze Cognac, dry curacao, lemon juice, and a house made Alchemist syrup, which gives the drink additional depth. 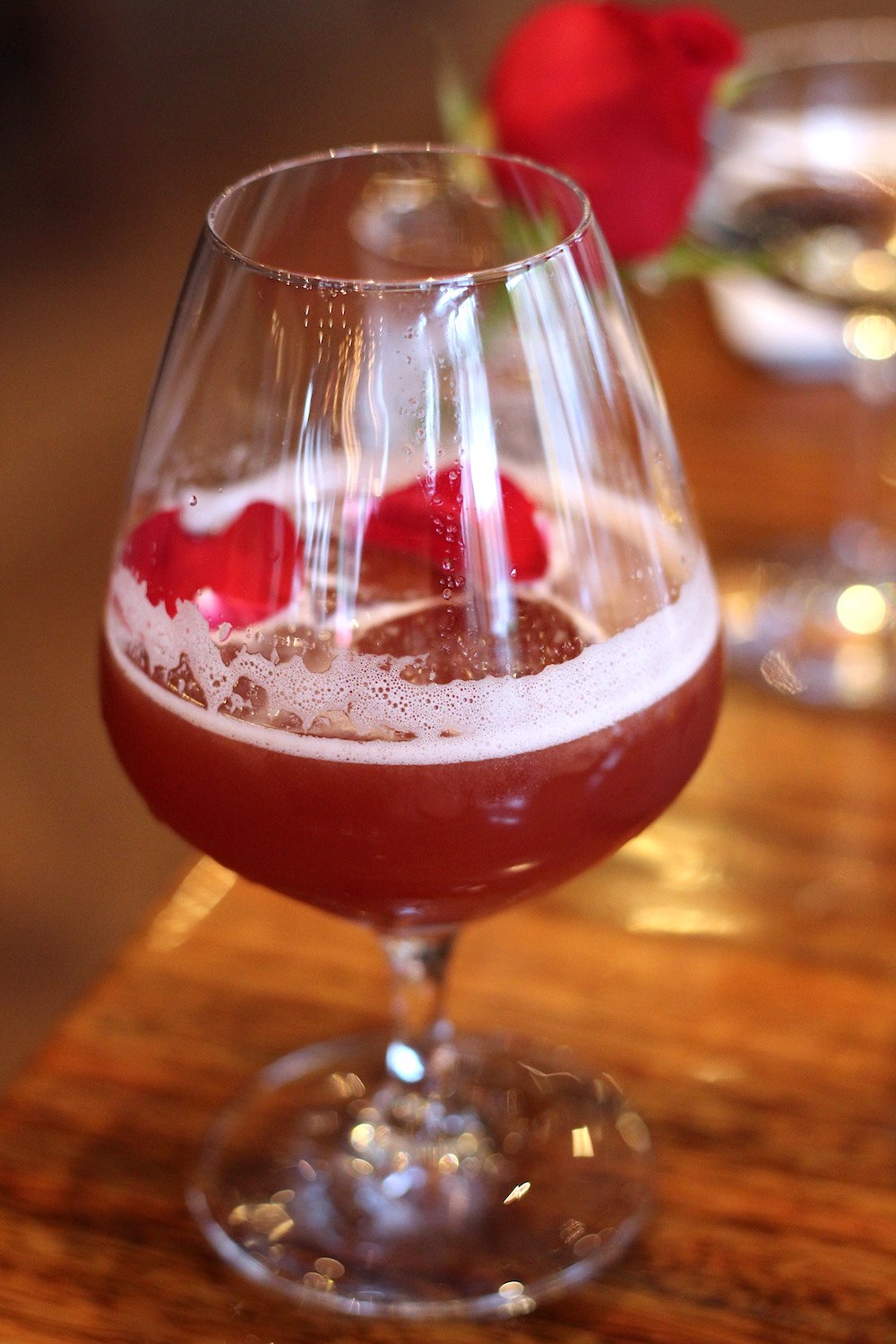 On the “Tropical Spectrum,” a drink like the El Morocco Deux will appeal to those in the camp of “in favour of” when it comes to the often divisive matter of rose water. Made with Cognac, dry curacao, Warres port, pomegranate, pineapple and lime juice, and the aforementioned rose water, this is a moody, fragrant, romantic drink for cocktail lovers who don’t mind something just a little showy.

Though you don’t have to order up the story with your drinks, if you happen to be headed to Chambar for a tipple and are in the mood to get a little taste of history and bartender savvy, seek out Granbois at the bar and ask him to tell you the origin of your drink, for something a little extra to sip on and savour.