You might have stumbled across chalk stencil art while walking around Vancouver recently.

Tagged with an inspirational message, the art may have also told you to “own your shit,” which maybe got you thinking about things a bit. Some are immediately offended, while others get a good chuckle.

The designs are the work of a Vancouverite by the name of James Boileau. He started putting the pieces around the city only a couple months ago, and already tons of people have taken to Instagram to post sightings of his work, with #ownyourshit.

Boileau said the messages he installs in his artwork are ones that remind its observers to take ownership of their own responsibilities — whether that’s to practice kindness or embrace change. 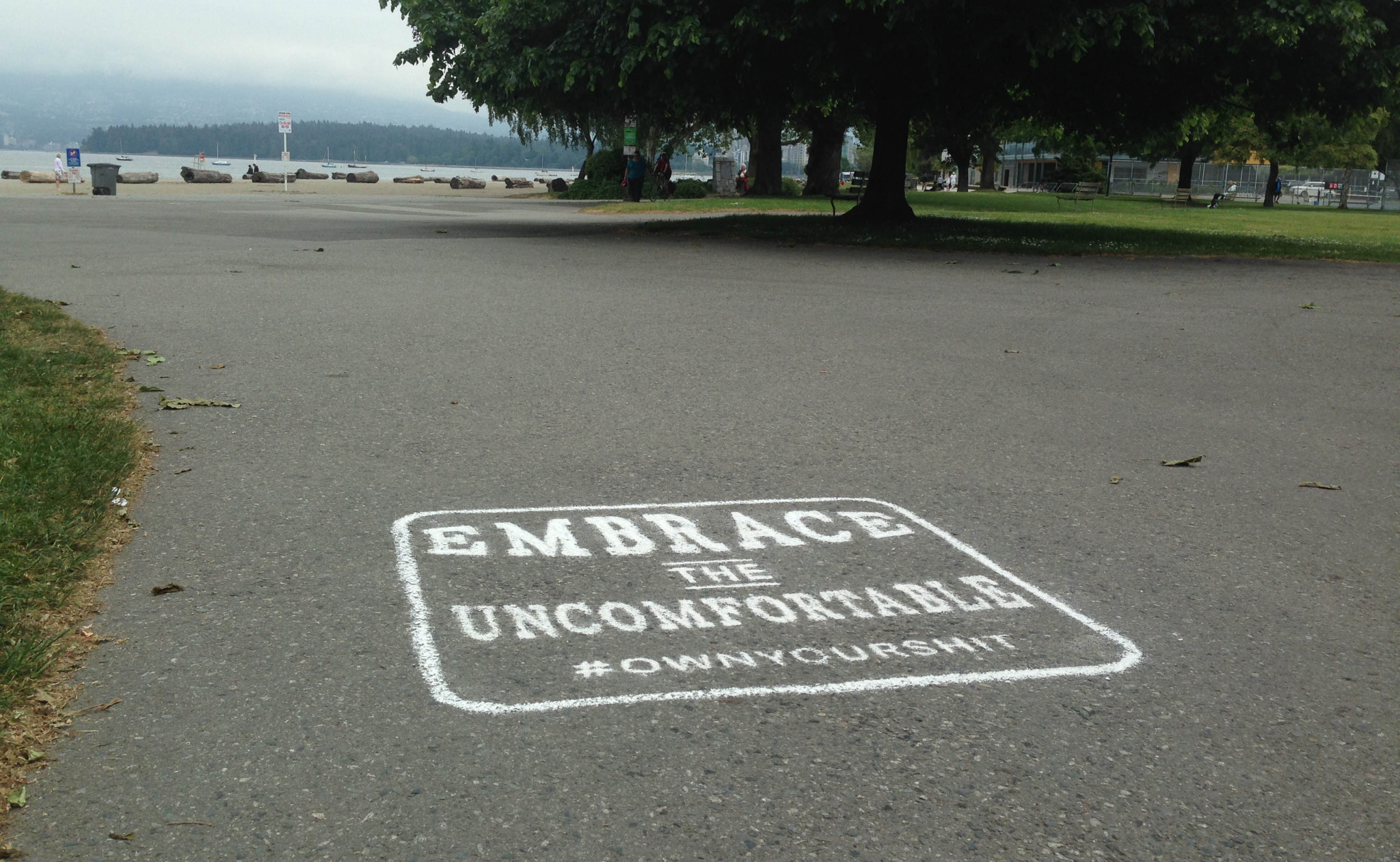 By creating live experiences, Boileau strives to cause people to stop and think.

“We see Instagram pictures all the time, saying things like ‘practice kindness,’ and ‘that’s great,” he said. “But if that interrupts your day and causes you to carry that with you to the coffee shop you’re going to, and you decided to let them stand in front of you in line, that’s what creates a tighter community connection.”

Boileau also does life coaching for people in their 20s and 30s. He released a book last year titled “own your shit,” which presents the longer version of his concept of connection he is trying to establish. His love for typography and design has allowed him to pass on some of the fundamental ideas of his coaching to try and push for greater connection within the community.

Every stencil is printed out on canvases and hand cut with an X-Acto knife in a process that takes from four to seven hours. Boileau then draws in the canvases with chalk.

“My goal is to put them around mostly the seawall area. Places where we’re out thinking about life mostly,” he said. 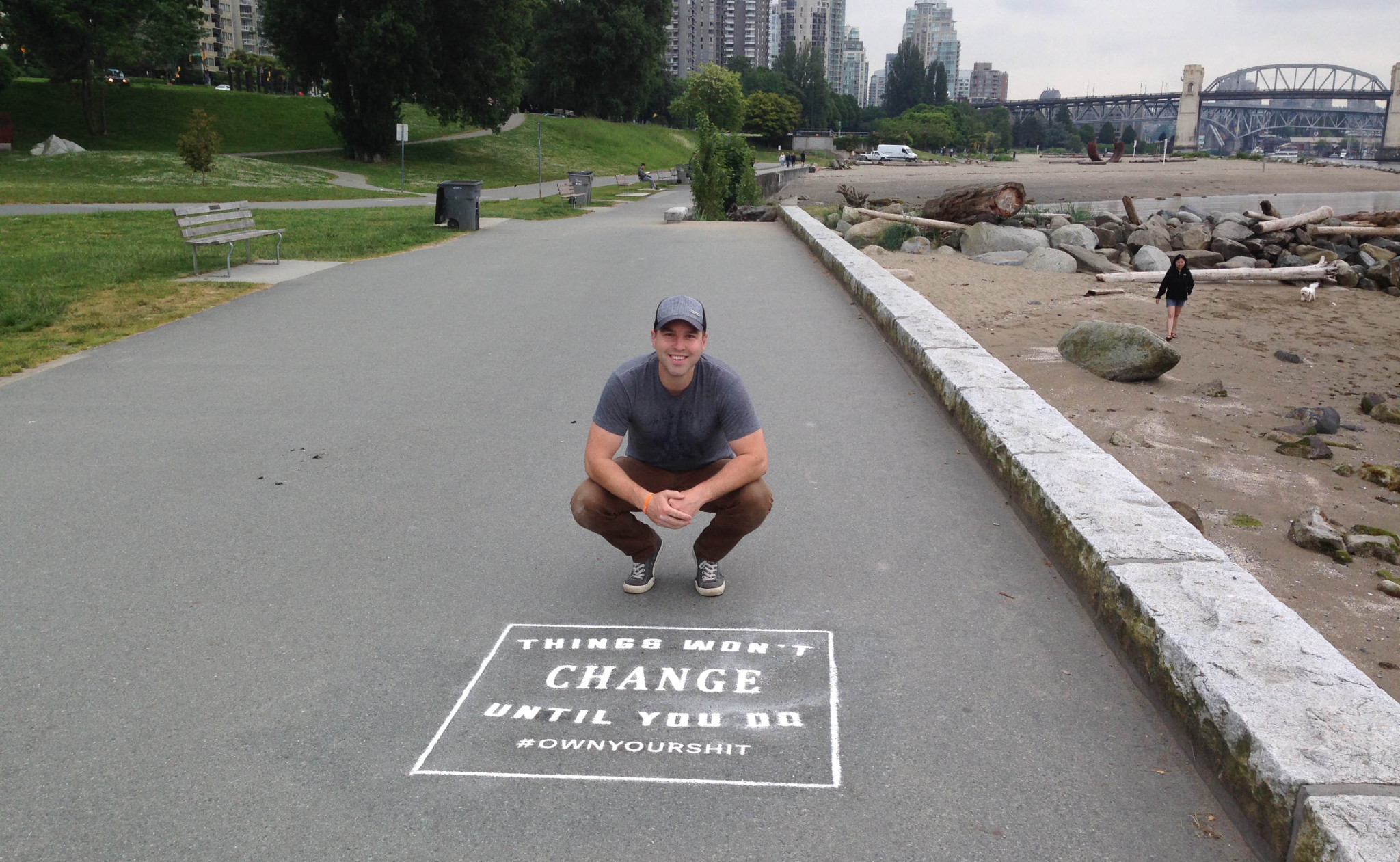 His work has been spotted in Kits, the West End, Sunset Beach, Olympic Village, Yaletown, Cambie Bridge and the Granville Island area.

The chalk’s impermanence only allows his work to remain in one place for one to two weeks at most.

“One day it’ll be big and bright, and maybe the next day someone will rub it out,” said Boileau.

He explained that some people are immediately offended by the word ‘shit.’ Boileau said he would like to challenge people a little bit.

“That really goes to show what you’re really focusing on. Perhaps, those that are the most offended by it are the ones that need the inspiration the most,” he said.

The hashtag continues to grow on Instagram, and Boileau said he’s happy the way people are connecting with his work. In the near future, he wishes to install interactive art pieces that will further encourage Vancouverites to strive for a tightened community.