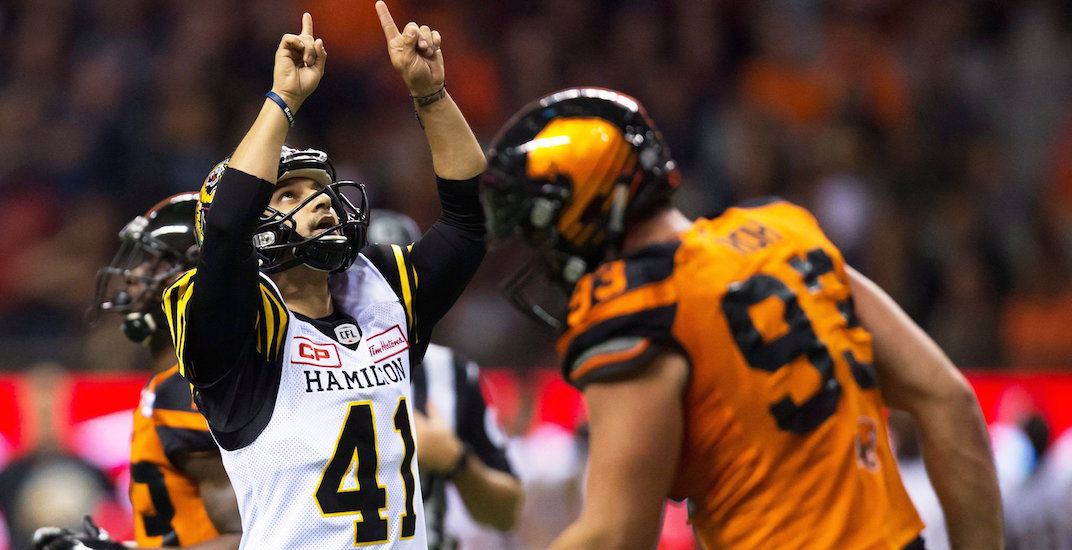 With a 6-8 record, the BC Lions are in big trouble.

They’re last in the West Division, and in serious jeopardy of missing the playoffs for the first time since 1996. But if the Lions played east of Manitoba instead of Vancouver, they’d be in contention for the East Division crown.

Meanwhile in Ottawa, the Redblacks have a 6-9-1 record. Despite that losing record, they’re comfortably in a playoff spot, likely to host a playoff game, and have a shot at winning their division.

The Hamilton Tiger-Cats have had a dreadful season, sitting at 4-10, but they’re far from out of it given they’re just five points behind Ottawa for second in the East. They could conceivably host a playoff game. 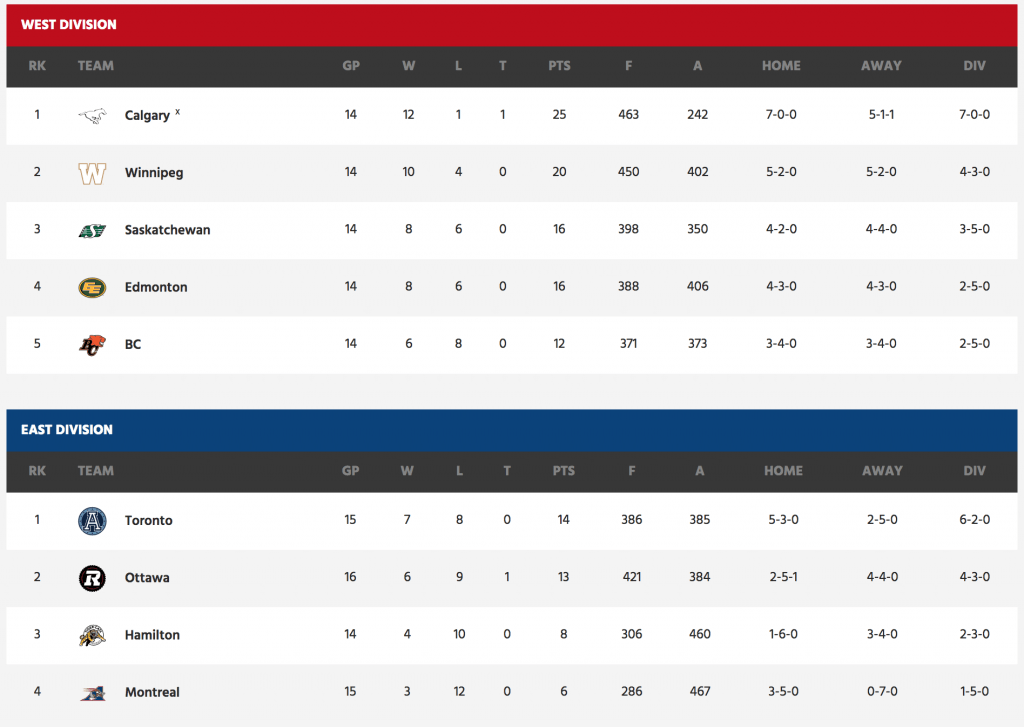 It’s time to stop the madness.

The CFL is a lovably weird and whacky league at the best of times, but their playoff format is just plain unfair.

Year after year, the West dominates, while the East sputters through the season.

The result is a ridiculously difficult road to the Grey Cup in the West, while whatever half decent Eastern team gets an easy path.

The CFL ought to get rid of their divisions and award playoff spots based on merit, not geography. The result would not only be fairer for teams in the league, it would be more fun too.

One perceived benefit of having two divisions is ending the season with an East-West Grey Cup.

There are certainly benefits to this, notably a boost in travel from nearby fanbases given the Grey Cup is hosted at a neutral site.

Certainly, a BC-Calgary Grey Cup hosted in Toronto could have been embarrassing for the league. Ottawa fans travelled in large numbers to see their Redblacks at BMO Field last year. Would Lions fans from Vancouver have done the same? Doubtful.

But should the Grey Cup be relying on a favourable matchup to fill the seats? Shouldn’t they give it to a city starved for the event instead of a city like Toronto, whose citizens consistently yawn at the CFL?

Additionally, imagine what a true rivalry final would do for the league. You don’t have to be from Alberta to get revved up for a Calgary-Edmonton Grey Cup. Is there an East-West matchup that anyone really cares about?

The Redblacks ended up upsetting the Stampeders in what turned out to be a marvellous Grey Cup game last year. But was it fair?

Ottawa had a losing record, but was given the benefit of a first-round bye and an ability to host the Eastern Final. Not only that, but they only had to win a four-team division, not a five-team division like the West.

While CFL traditionalists are already ripping me in the Facebook comments, let’s debunk another myth.

The crossover doesn’t do enough to even the playing field.

Per league rules, the fourth-place team in one division will make the playoffs if that team has more points than the third-place team in the opposing division. Great, but that doesn’t solve other issues.

This year, the Saskatchewan Roughriders and Edmonton Eskimos – two teams with 8-6 records – aren’t likely to host a playoff game. That’s not only unfair, it’s money out of their owners’ pockets. Meanwhile two teams with losing records in the East will pocket playoff revenue.

Furthermore, having to play on the road and play an additional game than the top team in the East – as Edmonton did last year – is a severe disadvantage.

The solution, of course, is to get rid of divisions altogether. Have one league where the top-six teams make the playoffs, and the top-two teams get a bye to the semi-final. The quarterfinal would feature the No. 3 seed playing the No. 6 seed, while the No. 4 and 5 teams play each other.

Here’s how the current standings would look under this proposal:

Abolishing the East-West division would do so much for the league, and increase interest during an 18-game season.

Fighting with 3-4 other teams for playoff positioning is usually pretty uneventful. Now, imagine fighting with eight other teams instead? That’s a reason to do some scoreboard watching.

Each team’s resulting schedule wouldn’t need to be altered much, if at at all. Teams already have a fairly balanced schedule, playing six teams twice and only two teams three times.

Under the new format, BC, Hamilton, and Montreal would all be closer to a playoff spot. Winnipeg (10-4) would likely get the bye to the semi-final that they deserve, instead of Toronto (7-8).

Instead of having incentive to lose for the crossover, Saskatchewan and Edmonton would have incentive to win to secure home playoff games.