It looks like Surrey will finally get that tall tower it’s been touting for a long time. It’s not the 800m tower that brash mayor Doug McCallum wanted to build or the dream Berezan towers. According to Civic Surrey, a new 54-storey, 160 metre tower across from the soon to be built City Hall in Whalley is set to go ahead real soon.

The tower already has two commercial tenants, Century Group (the developer behind the project) and Cotter Architects (the firm that is designing the development).

At 54 storeys the tower will dwarf all other building in the area. It will be a residential, hotel and office mix. Sadly there is very little retail on the podium, however a restaurant is being planned. 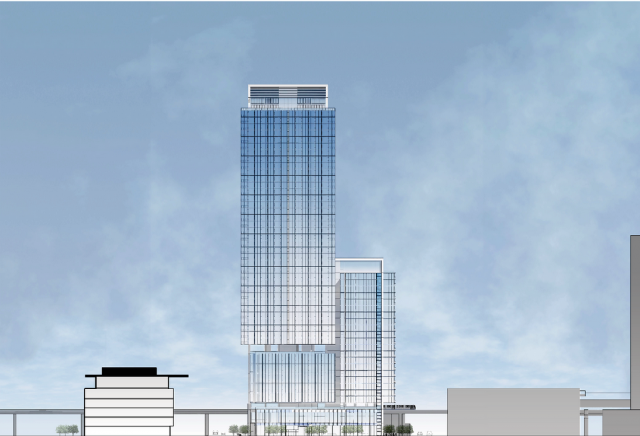 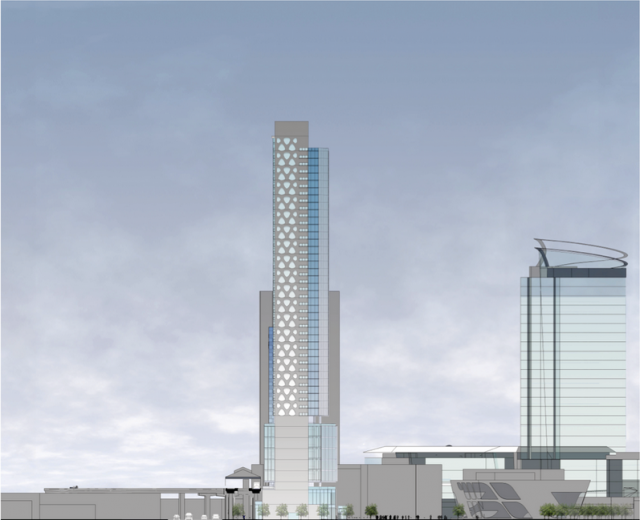 When built it will be the tallest tower outside the City of Vancouver.