A month or so ago we told you about the plans to build the tallest tower outside of Vancouver. The still unnamed tower has tentatively been dubbed “Century Tower” and will be located in the heart of Surrey aka Whalley (they really need to change that neighbourhood’s name, it just reminds of the character from the comic strip Dilbert). This is the most exciting development news south of the Fraser River since the SFU building was announced in Whalley many years ago. The renders have been tweaked and we have the updates for you. 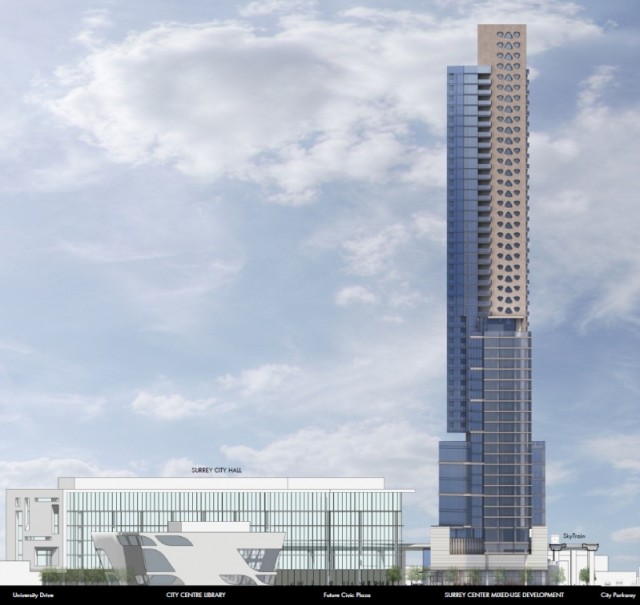 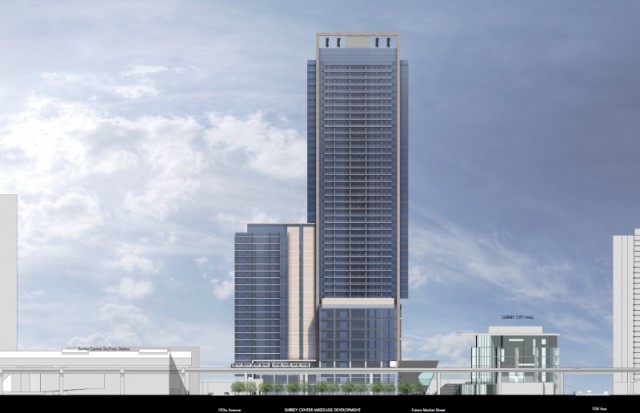 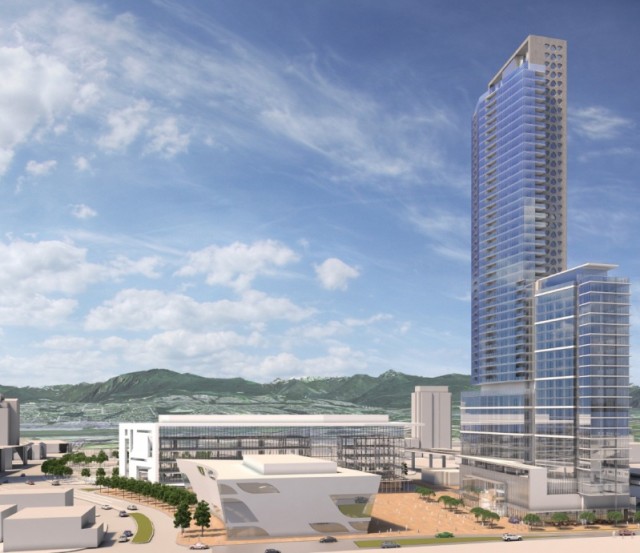 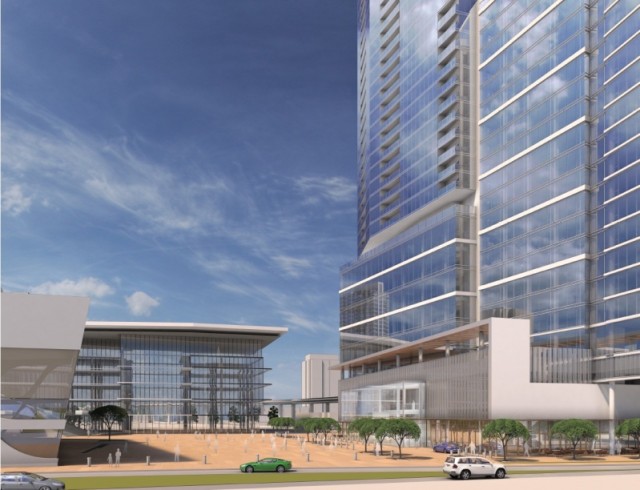 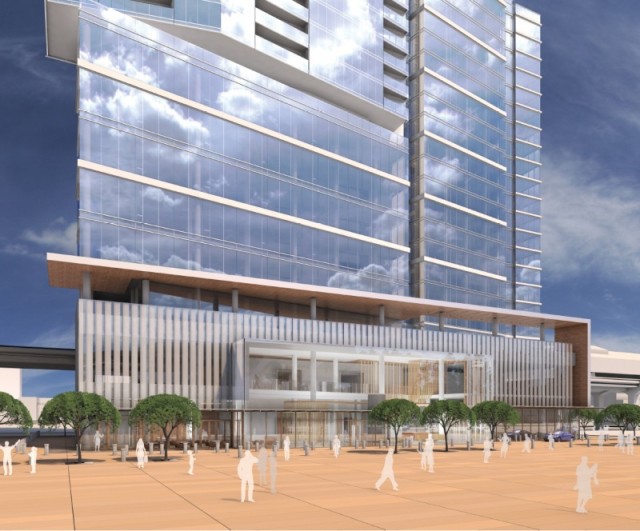 This tower along with the top heavy, semi-twist tower designed by BIG and the restart of Vancouver’s second tallest tower are the development projects to watch out for in Metro Vancouver.