From March 6 to 17, concert venues, pubs, clubs and city streets will come alive with the sights, sounds and vibrant spirit of Celtic culture. The 12 event-filled days consist of music, dance, family fun, spectacle and discovery for all ages and backgrounds. As Western Canada’s largest annual Celtic festival, CelticFest Vancouver is a rich cultural celebration of the seven Celtic kinship and community.

On March 11, the doors to the spirit world will open to those seeking basic knowledge with The Belmont Whisky Tastings, perfect for the whisky connoisseur.

While you’re enjoying the festivities, make sure to catch the wildly popular Celtic Village and St. Patrick’s Day Parade.

Celtic Village is a weekend-long street fair featuring music from some of the hottest Celtic music groups around on Doolin’s Stage on Granville while village visitors can shop at the Street Market for a vast array of Celtic treasures and the works of gifted artisans and sample from a wide selection of food and fare. Then, enjoy marching pipe and drum bands, Celtic music groups, acrobats drill teams, and much more at St. Patrick’s Day Parade, taking place on Sunday, March 15. 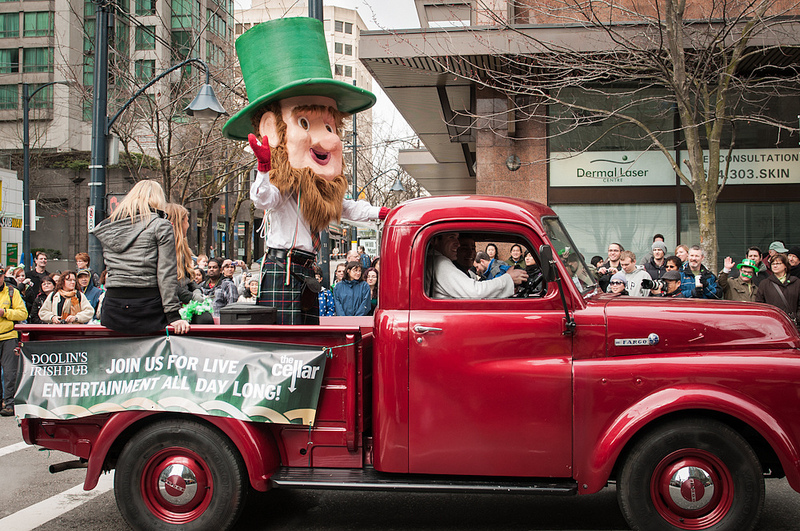 CelticFest Vancouver is Western Canada’s biggest annual Celtic festival and is put on by the CelticFest Vancouver Society, a non-profit whose mission is to bring together the local community and deliver education on global Celtic heritage, art and cultural traditions. They also promote and showcase local and international Celtic music, dance, spoken word, theatre, film, arts, crafts, food/beverage and Highland sports.

For full information and to purchase tickets for all events, visit www.celticfestvancouver.com.

CelticFest Vancouver is giving one lucky Vancity Buzz reader a pair of tickets to Alan Doyle on March 6 or A Tribute to the Pogues on March 7. To enter, do at least one of the following:
1. Tweet the following on Twitter: (1 entry)

3. Leave a comment below telling us which speaker you most want to see. Hint! (1 entry)

Contest entries will be accepted from time and date of publishing until 5 p.m. PST on March 5, 2015. One winner will be chosen at random and contacted through the platform they enter by.

Vancity Buzz is a proud sponsor of CelticFest Vancouver